Celebrities might live a life of luxury, but many choose to donate their time and money to causes that benefit others. Several stars have taken up the cause of homelessness and poverty, hoping to spark change in their communities. Wonderwall.com is taking a look at a few of these celebs, starting with Emmy Rossum. The "Shameless" actress has volunteered at the Los Angeles Mission over the years, feeding the homeless and sharing information on homeless shelters. She most recently helped out at the Mission's End of Summer Art and Education Fair in August 2018. Keep reading to see which other celebs are helping to fight homelessness…

Kim Kardashian West made a promise to help others and she's honoring her commitment. The reality TV star delivered food to the homeless at the Los Angeles Food Bank with her daughter, North West, in November 2017 (pictured). She's also volunteered at the Los Angeles Mission over the years. "My dad used to drive us to Skid Row when we were little to show us that the rest of the world doesn't live how we live in Beverly Hills, and that always stuck with me," Kim once explained on "Keeping Up With The Kardashians." "I don't know what the answer is to get people off the streets, but I'm so willing to help in any way that I can. I just want to bring awareness to this issue. It makes me feel really sad that people are just living like this, and the problem is getting worse."

RELATED: Celebrities who have dyslexia

Nick Cannon has made volunteering a family affair, taking son Moroccan and daughter Monroe to the Los Angeles Mission to donate their time. The celebrity family helped feed the homeless for Thanksgiving in November 2017. "There's still time to make your way and join us here @thelamission#SkidRow #thanksgiving," the comedian wrote on Instagram, sharing a pic with his twins.

Ed Sheeran's passion for charitable causes was sparked in October 2014 when he led a songwriting class at the Crisis Skylight Centre, a homeless charity, in Newcastle, England. Since then, the Grammy winner has performed acoustic sets for local homeless people in his native Britain and signed Crisis' petition for the No One Turned Away campaign, which calls on the government to help the homeless find housing. "Homelessness is a horrifying experience and no one should have to go through it. We need to demand change so that every homeless person can get the help they need," Ed told Glamour magazine.

Beyonce established her own charitable foundation, BeyGood, in 2013. The organization has taken on a number of issues, including poverty and homelessness. In September 2017, the superstar singer, daughter Blue Ivy Carter and mother Tina Knowles Lawson all volunteered in her hometown of Houston, Texas, serving meals to the homeless and displaced victims of Hurricane Harvey. Beyonce also reportedly made a "significant donation" to the cause. "Thanks to everyone who donated to BeyGOOD and contributed to helping so many families in Houston," Beyonce wrote in a Instagram post. "Thank you Pastor Rudy, Michelle, Ingrid and all at St. John's Church. Thank you to Trae Tha Truth and your crew. Y'all are so consistently dedicated to our community. Thank you!! There is still work to do so please continue to donate and do all you can to restore our city."

HGTV's Drew Scott and Jonathan Scott have been committed to combating homelessness in recent years. In 2017, the "Property Brothers" stars partnered with Habitat for Humanity to launch the Home is Key Campaign, which builds houses and raises funds and awareness about the need for affordable housing. In April 2018, the pair helped build homes for two deserving families in Nashville. "A home is everything for a family," Drew said in a press release. "It's much more than just shelter and four walls. It's the place where a family creates the bonds that tie together generations and serves as the foundation that helps each one of us make our way in the world."

Garcelle Beauvais has consistently donated her time and resources to homeless charities and centers such as the Los Angeles Mission. The "Jamie Foxx Show" alum can often be spotted at their events, serving food and sharing information, along with her young sons, Jaid and Jax Nilon. The trio were most recently seen volunteering at an Easter charity event in March 2018.

Kylie Jenner is using some of her $900 million fortune for good. The cosmetics queen shared on social media that a portion of all proceeds from products purchased at KylieCosmetics.com on her birthday would be donated to Habitat for Humanity Los Angeles. The call to action raised a record amount, enough to finance an entire home, Habitat LA announced in September 2018. Kylie not only became a house sponsor, but she is also planning to help build the home alongside its future owners.

Holly Robinson Peete has devoted so much time and so many resources to helping those in need that she was honored with the Dream Builder Award at the Habitat LA 2018 Los Angeles Builders Ball on Sept. 27, 2018. The "Hangin' With Mr. Cooper" alum received the honor for her work with the HollyRod Foundation, which provides compassionate care and services to underserved individuals and families, and for consistently volunteering with Habitat for Humanity.

Former President Jimmy Carter and wife Rosalynn Carter might be in their 90s, but the couple is still committed to the cause of homelessness. Since 1984, the politician and his wife have dedicated a week of their time to help build Habitat for Humanity homes. The couple most recently built houses in South Bend, Indiana, in August 2018 and plan to construct more, this time in Nashville, in October 2019.

Common has always been passionate about helping his hometown of Chicago. The Oscar-winning music star donates resources but also often donates his time. He most recently helped serve food to the homeless at a Feeding America shelter on the west side of Chicago, saying on Instagram: "We feed the people. There's people that we want them to have the best Thanksgiving and let them know that they're loved. That's what God do… We wanted to make sure we're giving back to our communities that we're representing on film and TV."

Maureen McCormick made an impact while volunteering at the Los Angeles Mission's Christmas Celebration on Skid Row. The "Brady Bunch" alum helped serve food to the homeless and spread goodwill and awareness at the event on Dec. 22, 2017.

Guillermo Diaz was focused on helping others while volunteering at the Los Angeles Mission's Christmas Celebration on Skid Row in December 2017. The "Scandal" alum served food to the city's homeless and spread awareness to help combat the issue.

Loni Love made sure to give back by serving meals at the Los Angeles Mission's Christmas Celebration on Skid Row in December 2017. The "The Real" co-host can often be spotted at different charity events around the city, including ones that tackle poverty and homelessness.

Shar Jackson has volunteered several times at the Los Angeles Mission in downtown L.A., serving food and spreading awareness about homelessness. The "Moesha" alum most recently served food at the Mission's End of Summer Art and Education Fair on Aug. 11, 2018. 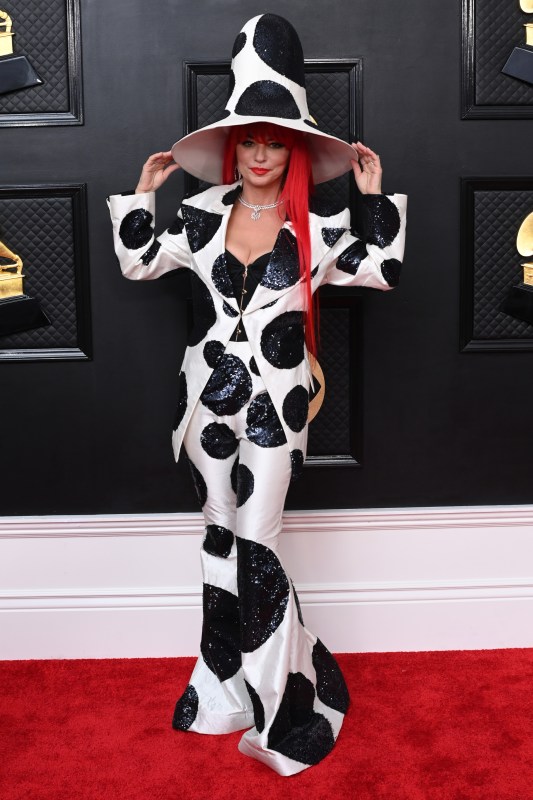