Dyslexia is a learning disorder that can affect anyone — even Hollywood celebrities. In honor of Dyslexia Awareness Month, Wonderwall.com is taking a look at some of the stars who've struggled with the disorder, starting with Jennifer Aniston. The "Friends" alum was diagnosed with dyslexia in her 20s and said the revelation helped her to understand her past. "I thought I wasn't smart. I just couldn't retain anything," Jen told The Hollywood Reporter. "I had this great discovery. I felt like all of my childhood trauma-dies, tragedies, dramas were explained." Keep reading to see which other celebs have overcome dyslexia.

Steven Spielberg struggled with dyslexia throughout his childhood and school years but didn't find out he had the disorder until he was in his 60s. He said that filmmaking helped him escape the bullying and negativity he felt about his learning struggles. "Movies really helped me… kind of saved me from shame, from guilt, from putting it on myself, from making it my burden when it wasn't my burden. I think making movies was my great escape, it was how I could get away from all that," he said in a interview with website Friends of Quinn.

Keira Knightley was diagnosed with dyslexia at age 6 and credits her parents and teachers with helping her overcome the disorder. The actress struck a deal with her parents that if she could finish reading the "Sense & Sensibility" screenplay during the summer holiday, they would agree to hire her an agent. "Dyslexia is like a wall… it's very difficult to see over it," Keira told the BBC. "I was really lucky because I had acting… it was like a carrot that was being dangled in front of me because I had to be able to read those lines in order to do it. It doesn't mean that you're stupid… it just means that you work in a different way."

Tom Cruise was diagnosed with dyslexia when he was 7 and has described himself as a "functional illiterate" in his younger years. The "Mission Impossible" franchise star credits Scientology and L. Ron Hubbard's learning method of "Study Technology" with helping him overcome the disorder. "I'd try to concentrate on what I was reading, then I'd get to the end of the page and have very little memory of anything I'd read. I would go blank, feel anxious, nervous, bored, frustrated, dumb. I would get angry," he told People magazine in 2003. "In 1986, the year 'Top Gun' came out, I became a Scientologist… Once I started focusing on those [literacy] problems, everything fell into place. I had a lot of catching up to do, but that was it… I realized I could absolutely learn anything that I wanted to learn."

Whoopi Goldberg struggled with dyslexia as a kid and was often bullied for being "dumb." The joke is on those old bullies however, because now Whoopi is an Academy Award, Tony, Grammy and Emmy winner. "When I was a kid they didn't call it dyslexia. They called it… you know, you were slow or retarded or whatever," Whoopi said during an interview with the Academy of Achievement. "I knew I wasn't stupid, and I knew I wasn't dumb. My mother told me that," she added.

Henry Winkler has been very open over the years about his battle with dyslexia. The Emmy winner has said that when he was a child, his parents didn't know about the learning disorder. "They were convinced that I was lazy, that I was not living up to my potential," he told CBS. "Teachers said the same thing. So I was grounded most of my high school career." While playing Fonzie on "Happy Days," Henry had to improvise because he couldn't always read the script. "It was scary," he shared. "I learned to memorize as much as I could from any page and then improvise." Henry is now a dyslexia advocate who has written of a series of children's books featuring Hank Zipzer, a boy with dyslexia.

Alyssa Milano battled dyslexia while reading scripts when she first began acting in the '80s. She eventually changed her thinking about the disorder, which helped her cope with the diagnosis. When asked by a fan on Twitter how she works around dyslexia, Alyssa responded: "By accepting it's a learning difference, not a learning disability and… spell check :)."

Award-winning CNN journalist Anderson Cooper faced immense difficulty with reading as a child. "I grew up in a home where reading and writing had great value," Anderson told O, The Oprah Magazine. "I would just pretend to read [books] because I had trouble reading and making sense of words, in particular, letters." He was eventually diagnosed with dyslexia and received help and resources from his parents and teachers. "I remember at the time being concerned that other people would find out about it," Anderson said. "To a child with a learning disability, school can be an incredibly isolating place. [Teachers] made all the difference in my life early on."

Octavia Spencer has shared that dyslexia made her think "differently" as a child. "I was a dyslexic child and am a dyslexic adult; that doesn't really mean that you're not intelligent — it just means that your brain functions differently," she told WENN. "I was actually tested for the gifted program in my school because I was more auditorily inclined than visually." She added, "I just remember thinking differently. I could solve puzzles quicker than the average child. I would start with the mazes at the end and go to the front and be done in, like, 30 seconds. My deductive reasoning was very important."

Patrick Dempsey, who was diagnosed with dyslexia at 12 years old, has said that the disorder helped him to become a successful working actor. "I think [dyslexia has] made me who I am today," he told Barbara Walters. "It's given me a perspective of — you have to keep working. I have never given up. I've gone back and started to learn to read on a very basic level."

Danny Glover has opened up about the lack of resources for a dyslexic child in the 1950s — the time period in which he grew up. He shared that the disorder was not well understood and he had to adapt to find the subjects he was good at. "I was a failing student in almost every subject except math," Danny said in "Black Americans of Achievement: Danny Glover." "Math came easy and it was my saving grace in the third grade. Maybe my episode with dyslexia is not as critical, is not as debilitating as others, but you make accommodations. You make certain adjustments and you recognize that the information you're seeking is much more important than the obstacles that prevent you from getting it."

Salma Hayek has been open about her struggles with dyslexia, sharing that her A-list career is a mixture of luck and hard work. "I have an accent, am dyslexic, short and chubby, you name it, I have it, but I am here. I must be the luckiest girl in the world to be working," she told Harper's Bazaar UK. "I came here and I didn't speak English, I didn't have a green card, I didn't know I had to have an agent, I couldn't drive, I was dyslexic," Hayek told Oprah in 2003. "I hadn't had to do anything on my own in Mexico."

Orlando Bloom has shared that dyslexia was an obstacle for him, but also a gift that helped him be the man and actor he is today. He was first diagnosed at age 7 and hid his learning disability from other kids. "I was an angry child at times. I was frustrated with the learning disability. It makes you feel stupid; you just don't feel smart," he said during the 2010 Adam Katz Memorial Lecture. "The gift of dyslexia was that I learned everything forward and backward, inside out, so I was fully prepared. I had to learn everything so that I wouldn't have stage fright or the lines wouldn't fall out of my mind. I was terrified that with my dyslexia I would not be able to retain the dialogue. So I suppose I had a good handle on language, in a sense, at a young age."

Growing up, Cher's struggles with dyslexia and reading were so intense, she dropped out of high school. Despite being "pretty intelligent," she told Entertainment Weekly, the condition made it difficult to succeed in a school environment. "School was pretty much an impossibility for me," she added.

Keanu Reeves eventually dropped out of high school after struggling with dyslexia. "It was a very small school and I guess I didn't fit in," the "Matrix" star told the Daily Mail. "I had conflicts and run-ins with the staff. The principal and I didn't see eye-to-eye. I was one of those 'Why?' kids — I asked too many questions about everything. I couldn't stop even if it got me into trouble."

Magic Johnson gained notoriety when he bravely revealed his HIV diagnosis, but the former NBA superstar has also battled something else — dyslexia. He's shared that as a child, he took summer classes to catch up on his reading. "The looks, the stares, the giggles… I wanted to show everybody that I could do better and also that I could read," Magic has said.

Former "Tonight Show" host Jay Leno has said that dyslexia actually helped him further his career in Hollywood. "My mother always said to me, since I was dyslexic, 'You're going to have to work twice as hard as the other kids to get the same thing.' I said, 'OK. That seems fair.' And I did work twice as hard to get the same thing," he explained to CNBC. "I remember going to the comedy clubs and people would line up at 6 p.m. for auditions to get a spot at midnight. By 9 p.m. guys would go, 'I'm not waiting in line.' They would leave and then I would move on up."

Jerry Hall has shared that she suffers from dyslexia — and so do her four children with Mick Jagger. "They all take after me. Being dyslexic is difficult at the beginning but as you get older, you learn to cope with it. It's like a gift because it makes you think differently," Jerry told the Manchester Evening News.

Billionaire businessman Richard Branson has said that dyslexia is actually his "greatest strength" and has given him a big advantage over the years. "The reason why I think people who are dyslexic seem to do well in life, having struggled at school, is that we tend to simplify things," he told The Sunday Times. "It is time we lost the stigma around dyslexia. It is not a disadvantage; it is merely a different way of thinking."

The late legendary boxer Muhammad Ali, who was widely believed to have had dyslexia, was a devoted advocate for improved literacy within the African-American community. His daughter, Miya Ali, told New Orleans news channel WWLTV that she was diagnosed with the condition in college. Asked if her father had it too, she implied he did. "He was never diagnosed but, I mean, it was a long time ago and people didn't diagnose it [then]," she explained. 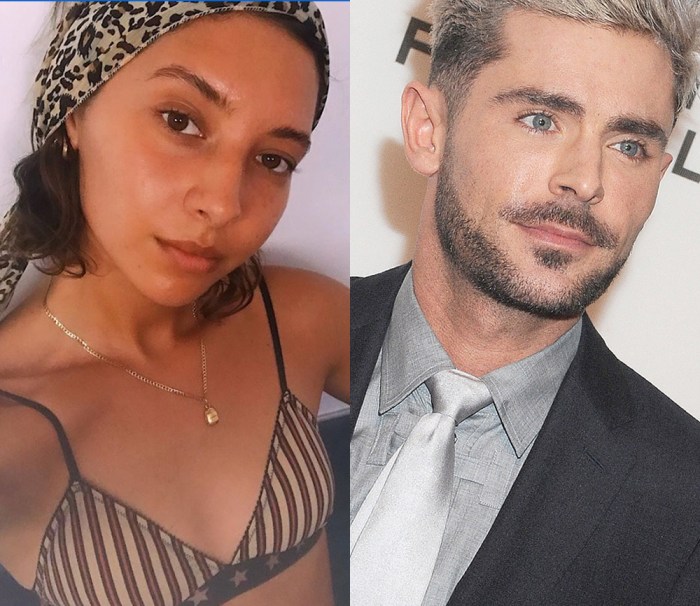