Keira Knightley returns to the big screen on Sept. 21, 2018, in the biographical drama "Colette." Keira (seen here with co-star Denise Gough) plays the titular role — a French novelist who challenges gender roles after her wildly successful books are published under her husband's name. Since the film has the star rocking amazing period costumes once again, we're taking a look back at some of her most memorable onscreen fashion moments. Keep reading to see them all!

Keira Knightley's most famous movie dress? This green gown from "Atonement." The gorgeous frock happens to be one of the most iconic pieces in movie wardrobe history. Let's take a closer look…

This shot gives a better view of the detailing on the green gown from "Atonement." From the sharp neckline to its backless feature to the wrapping around the waist, there's a reason everyone remembers this beautiful dress. Keira Knightley's character, Cecilia, and this garment were both the focus of an iconic library scene with James McAvoy. Oscar-nominated costume designer Jacqueline Durran was the mastermind behind this beautiful frock and many of Keira's other stand-out pieces, like our next look…

Keira Knightley's "Atonement" wardrobe also included this overlooked number that Cecilia wore in the fountain scene. Costume designer Jacqueline Durran noted that this ensemble was the most difficult to pull off, as it mixed patterns — something unheard of during the '30s time period. The result? A beautiful combination of a mauve floral-patterned blouse and a neutral-shade patterned skirt.

The fashion in "Atonement" is outstanding! Keira Knightley's character even looked impeccable in a green striped dressing gown in the World War II portion of the film.

An edgy Keira Knightley? 2005 saw Keira ditch the period pieces for the flick "Domino," in which she played a model-turned-bounty hunter. We loved seeing the star in this out-of-character look — a studded leather jacket, animal-print tank and lace-front leather trousers.

We loved "Bend it Like Beckham" back in 2002. Keira's character, Jules, rocked this amazing metallic halter top during a fashion moment that really vibed early '00s. It was certainly a departure from the rest of her wardrobe in the film, which mainly consisted of soccer jerseys.

One of our favorite Keira Knightley flicks? "Love Actually"! One of the film's most legendary scenes involves Keira standing at the door as Andrew Lincoln's character professes his love to her. It all went down with Keira wearing this adorable off-the-shoulder white sweater and jeans. And we're pretty sure that 2003 top is back in style these days!

Those royal blue feathers! That gorgeous gardenia! We loved this look that Keira Knightley donned to play nightclub singer Vera Phillips in the 2008 film "The Edge of Love."

Keira Knightley's co-star in "The Edge of Love"? The equally stylish Sienna Miller. The two ladies both rocked some stellar sartorial selections in the Britain-based drama, including these frilly feminine getups that they wore with rainboots — a floral dress and cardigan for Keira's character, Vera, and a rose-colored pleated skirt and lacy white top for Sienna's Caitlin.

In the romantic comedy "Laggies" in 2014, Keira Knightley played Megan, a 20-something who befriends teenager Annika (played by Chloe Grace Moretz), who helps her escape her life. Though most of her wardrobe in the film was lackluster, we particularly loved the little white dress Keira wore in the high school dance scene.

Is there anything more glamorous than a black ball gown? In 2012's "Anna Karenina," Keira Knightley sported this elegant, massive ball gown in a scene with Aaron Taylor-Johnson. Jacqueline Durran was once again the costume designer for this project. She credited Dior with inspiring Anna's impressive couture pieces.

2004's "King Arthur" saw Keira Knightley get in the fight. One of the most intricate and interesting pieces of her character Guinevere's wardrobe in the film? This strappy leather battlefield ensemble, which only Keira could have pulled off this flawlessly.

2005's "Pride and Prejudice" saw Keira Knightley in plenty of period costumes. She played Elizabeth Bennet in the iconic tale, which meant wearing a lot of these simple yet pretty neutral-shade gowns and tops. Equally noteworthy? Those amazing bangs!

Keira Knightley romanced Adam Levine onscreen in "Begin Again," but it was this red floral dress that really had us falling in love! Her character, Gretta, had an impossibly cool upcoming-songwriter-in-New-York-City wardrobe in the 2013 flick.

The 2008 period drama "The Duchess" saw Keira Knightley playing Georgiana, a young woman marrying a duke. In order to evoke that glamorous, wealthy world, costume designer Michael O'Connor created more than 30 dresses for the star to wear. Each gown was incredibly intricate, including this beautiful mint green number with its ruffled detailing on the sleeves and collar and amazing striped fabric lining the full skirt. But there were more stand-out fashion moments from this flick…

A gorgeous golden moment! In "The Duchess," Keira Knightley also wore this stunning gold gown during the wedding scene with co-star Ralph Fiennes. The amount of detail on the confection is extraordinary, from the ruffled embellishments to those beautiful sleeves. 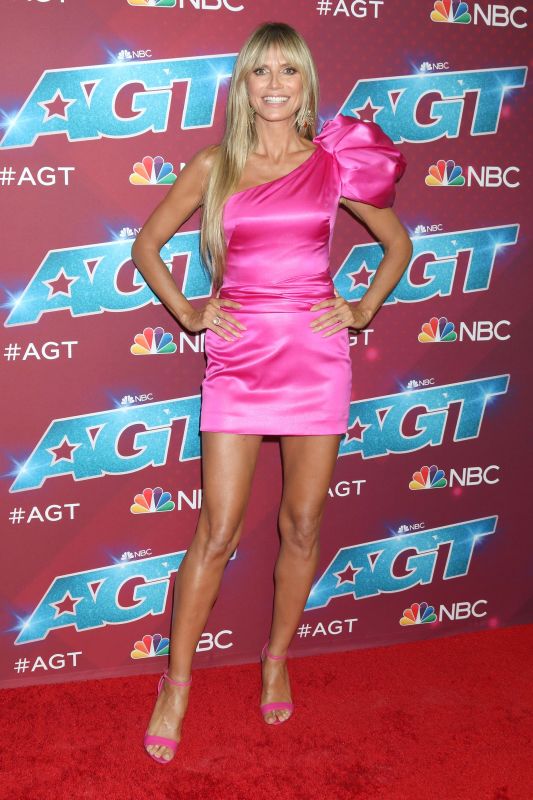