When it comes to picking up women, even Matthew McConaughey is impressed by his skills.

RELATED: Models who became actresses: How they've changed over the years

Well, this is one way to keep Miley Cyrus' mouth shut…

"I'm not sticking this neck out for anyone!" —Charlie Sheen

Patrick Warburton is going a little overboard with his plant-based diet.

Just like Hailey Baldwin's relationship with Justin Bieber, this night was silly and there were strings attached.

Diane Kruger did not see the crime. She's been framed.

Does Enrique Iglesias know that the higher he is, the closer he is to drones? That's not a good thing.

Heidi Montag's new movie, "When You're Hatching A Plan to Destroy Your Enemies," will be out soon. This is the poster.

This is Ray J's "Sunday best" outfit too.

His ex-wives may tell you they'd like Tom Arnold's lips frozen forever.

In your best monster truck voice, you can hear Adam Driver saying, "Give it up for Liam Neeson!"

It was awfully rude for Will Smith to yell "bingo" behind Helen Mirren's back inside the bingo hall.

Viola Davis sums up how 48.2 percent of Americans feel about the Trump presidency.

Leonardo DiCaprio to the ocean: "Come at me, bro!"

That's it, who made Chris Pratt drink motor oil?

The Juice is indeed loose, thanks to Cuba Gooding Jr.!

Now it all makes sense! Kevin Jonas has been ducking attention all these years.

Christina Milian, would it be too much to ask who's going to win this weekend's football games?

Spencer Pratt might have just gotten a new car from Oprah.

Just give Damian Lewis a jump rope, it's much easier.

We sense a new business card for Simon Cowell!

Hey, Olivia Wilde and Naomi Watts, give me some sugar!

Easy, Matt Iseman, you're a wardrobe malfunction away from a letter from the FCC. 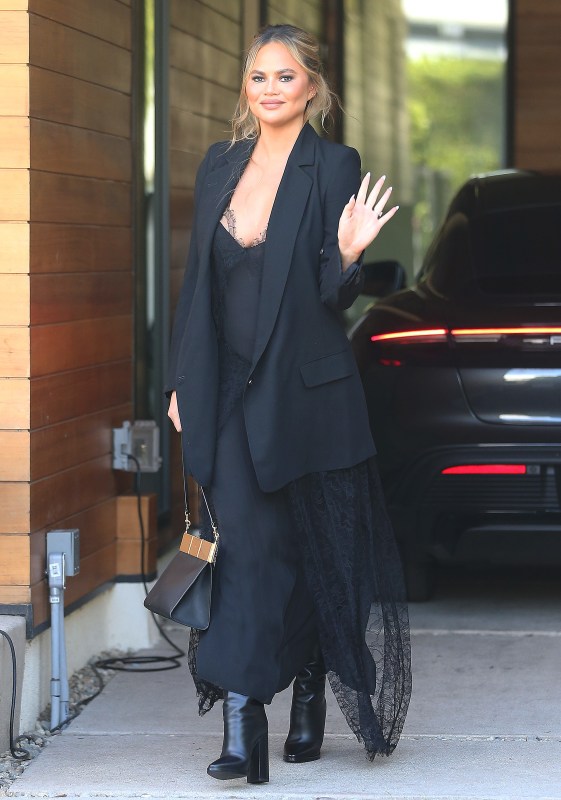