National Love Your Red Hair Day is finally here! (Yes, it's a thing.) In honor of the annual celebration of the world's gingers on Nov. 5, 2017, Wonderwall.com is taking a look back at our favorite red-maned celebrities, starting with Amy Adams, who has naturally strawberry-blonde locks but has been known to go a deeper red for film roles. Keep reading to see who else made the list!

Emma Stone changes her hair color frequently (she's currently blonde), but we love her trademark red mane the most.

Prince Harry — aka His Royal Redheaded-ness — is one of our all-time favorite gingers.

RELATED: A timeline of Harry and Meghan's whirlwind romance

Jessica Chastain knows how to rock red lipstick as a redhead — always a fabulous look!

It can be difficult to spot when Michael Fassbender has close-cropped hair, but his beard always gives it away: The Irish-German actor is a ginger.

Julianne Moore takes pride in her auburn locks. She even wrote a children's book, "Freckleface Strawberry," inspired by her hair and skin tone.

Ed Sheeran actually attributes his success to his gingerness: "Being ginger can seem like a bad thing when you are young, but as a musician, it has been my saving grace — because if you see a ginger kid on TV and there is only one messy-haired ginger kid who plays guitar, it is very easy to find them on YouTube," he said in 2013.

Sophie Turner is naturally blonde but dyes her hair auburn for her role as Sansa Stark on "Game of Thrones." The hit HBO show might be ending soon, but the actress' ginger locks will live on thanks to her role as another iconic redhead: Jean Grey in the "X-Men" franchise.

Ginger Damian Lewis is red-hot! "The redhead stock is very high at the moment," he bragged to The Sunday Times Magazine in 2015.

Isla Fisher (pictured) is often mistaken for Amy Adams — likely because they rock the same shade of strawberry-blonde locks.

Reba McEntire might have turned 62 earlier this year, but she and her fiery locks don't look a day over 40!

Can you believe Lindsay Lohan's red locks are the real deal?

We just want to run our fingers through Sam Heughan's red-bronze curls! (They're dyed for his "Outlander" role — the Scotsman is a natural blonde.)

"Harry Potter" alum Domhnall Gleeson is quickly becoming one of Hollywood's most sought-after actors. The carrot-topped cutie headlined "About Time" opposite Rachel McAdams, starred in Angelina Jolie's "Unbroken" and portrayed a villain in "Star Wars: Episode VII – The Force Awakens."

Prepare to have your world rocked: Christina Hendricks is a natural blonde! "Growing up, I was light blonde, but my mother used Clairol to make me a redhead when I was 10 because I was dying to be Anne of Green Gables," the "Mad Men" alum once told Marie Claire.

Bella Thorne has been a redhead since her "Big Love" days. "A lot of people don't know I'm not actually a redhead. I'm a blonde," she revealed to Allure in 2014. "I dyed it for 'Big Love.' It started off more of a deep red, and Disney was like, 'Why don't we take Bella all the way to blonde again?' I don't know why, but I had a breakdown and overreacted. I wanted to go back to red." Can ya blame her?

We're obsessed with Rose Leslie's deep red locks, though they haven't always brought the actress joy. The "Game of Thrones" alum told The Telegraph in 2016 that mean girls used to tease her about her hair when she was little. We bet they're eating their hurtful words now!

Molly Ringwald is one of Hollywood's most iconic redheads, though she briefly went blonde in 2013. "I feel like every time I change my hair … I'm turning my back on my people. I gotta represent," she told Marie Claire in 2015.

Like his Scottish ancestors, Jesse Tyler Ferguson is a total ginger.

Alyson Hannigan is actually a natural brunette, but she's rocked red hair since her career took off with "Buffy the Vampire Slayer" in the late '90s.

Bryce Dallas Howard gets it from her papa, uber-famous ginger Ron Howard.

His name may be Seth Green, but the "Robot Chicken" creator's color is clearly red.

Karen Gillan shaved her head for her role as Nebula in "Guardians of the Galaxy," but we're glad to see that her auburn locks grew back as colorful as ever.

If you're into adorkable ginger dudes, they don't get hotter than Conan O'Brien.

"Shadowhunters" star Katherine McNamara has the most stunning strawberry-blonde tresses!

Fans of "Games of Thrones" have fallen hard for Kristofer Hivju and his fiery red beard. 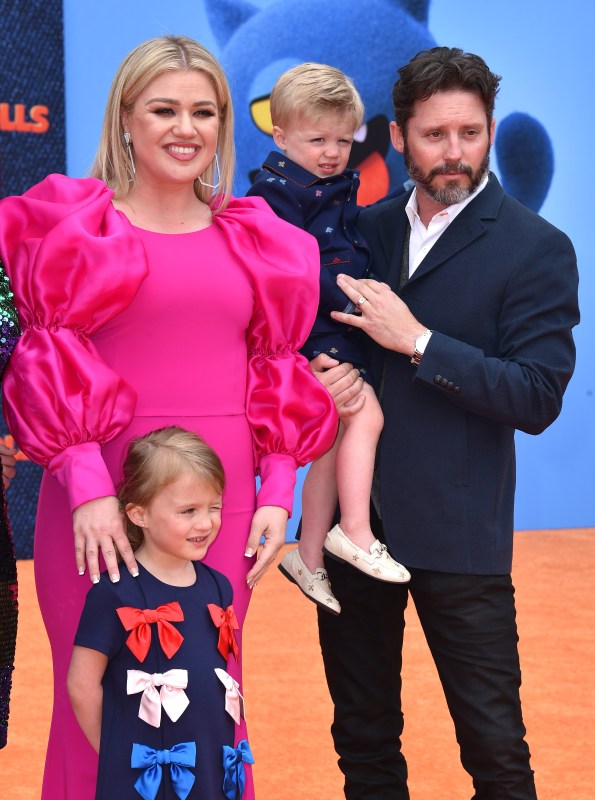