Wonderwall.com is taking look at some of the child stars who've reached major milestones and broken records doing it, starting with "Stranger Things" actress Millie Bobby Brown. In addition to being one of the youngest actors to ever be nominated for an Emmy, the British phenom also became the youngest ever model to front a Calvin Klein campaign. At 12, she starred in chief creative officer Raf Simons' first campaign, for Calvin Klein By Appointment, in January 2017. Keep reading to see what other child stars have broken records in Hollywood…

Quvenzhane Wallis was only 8 years old when she appeared in "Beasts of the Southern Wild" in 2012. Her performance was so phenomenal that at age 9, she became the youngest actress ever to receive a nomination for the best actress Academy Award. She is also the youngest person ever to be nominated for the best actress Golden Globe and the first person born in the 21st century to be nominated for an acting Oscar. Who knew it was even possible to accomplish all of that before the age of 10?!

RELATED: Child stars of the '70s; Where are they now?

Not to be outdone by his female counterparts, former child star Justin Henry is the youngest Academy Award nominee ever. Justin was only 8 years old when he was nominated for a best supporting actor Oscar for his work in 1979's "Kramer vs. Kramer" opposite Meryl Streep and Dustin Hoffman. He also holds the record for being the youngest Golden Globe nominee in any category since his best supporting actor nomination in 1980. Impressive!

Former child star Brooke Shields was also slaying the Hollywood scene at a very young age. The actress became the youngest ever Vogue cover girl when she appeared on the magazine's cover in February 1980. She was only 14 years old at the time! It looks like Brooke will forever hold on to that record too: In 2012, Vogue editors promised that no edition of the magazine will work with any model under 16.

Music legend Stevie Wonder was once a young child trying to make a name for himself in the music industry, and he managed to do just that. Stevie was only 13 years old when he became the youngest solo artist ever to reach No. 1 on the Billboard Hot 100 chart. His single "Fingertips – Part 2" charted at No. 1 in 1963, securing Stevie's future as one of the greats.

LeAnn Rimes is known as a country singing sensation, a reputation she first developed when she was young teen in the '90s. Leann's debut was so impressive that she is currently the youngest individual Grammy winner ever. The singer was only 14 years old when she took home her first two Grammys — for best new artist and best female country vocal performance — in 1997.

Everyone's favorite child star, Shirley Temple, is also a record-holder. The curly-haired actress is the youngest Academy Award honoree ever. She received a prized dubbed the honorary juvenile award in February 1935 when she was only 6 years old and has held the record for 83 years and counting!

Of course Willow Smith is a child record-breaker — it's in her blood! The daughter of Will Smith and Jada Pinkett Smith achieved a major milestone when she was only 10 years old. Willow became the youngest female to enter the UK Top 40 singles chart when "Whip My Hair" entered the charts at No. 2 on Dec. 12, 2010.

Speaking of the Emmys, we would be remiss if we didn't mention the youngest Emmy winner of all time! Roxana Zal earned that distinction when she won a best supporting actress award for her work on the TV drama "Something About Amelia" in 1984 when she was 14. Millie Bobby Brown had a chance to capture Roxana's title at the 2017 Emmys, but the then-13 year old ultimately didn't take home the award, leaving Roxana's record to stand.

Who says 6 year olds can't run the world? Keshia Knight Pulliam was certainly on that path when she became the youngest Emmy nominee of all time at the age of 6! She was nominated for best supporting actress for her work as the adorable Rudy Huxtable on "The Cosby Show" in 1986.

Former child actor Ricky Schroder is the youngest Golden Globe winner ever! Ricky won a Globe in 1980 when he was named the new male star of the year in a motion picture when he was just 9 years old. The young actor took home the award for his work in the 1979 movie "The Champ," which also starred Jon Voight. Unfortunately, the category that Ricky won in was discontinued after the 1983 Golden Globes ceremony.

Jackie Cooper, a child star in the 1930s, wasn't even in the double digits when he made a name for himself. The actor is the youngest performer to be nominated for a best actor Academy Award for his performance in the 1931 film "Skippy." Jackie was only 9 years old at the time. He is also the youngest male to be nominated for a Golden Globe for best actor in a leading role.

Who says Instagram can't get you places? Model and Instagram influencer Thylane Blondeau became the youngest L'Oréal Paris spokesmodel ever at age 16 in 2017. "I am so honored to join the L'Oréal Paris family, which is one of the most amazing beauty brands I always dreamt about. Now I am turning 16, working alongside beauty talents and spokespersons I've long admired, is the best gift ever," she said at the time. 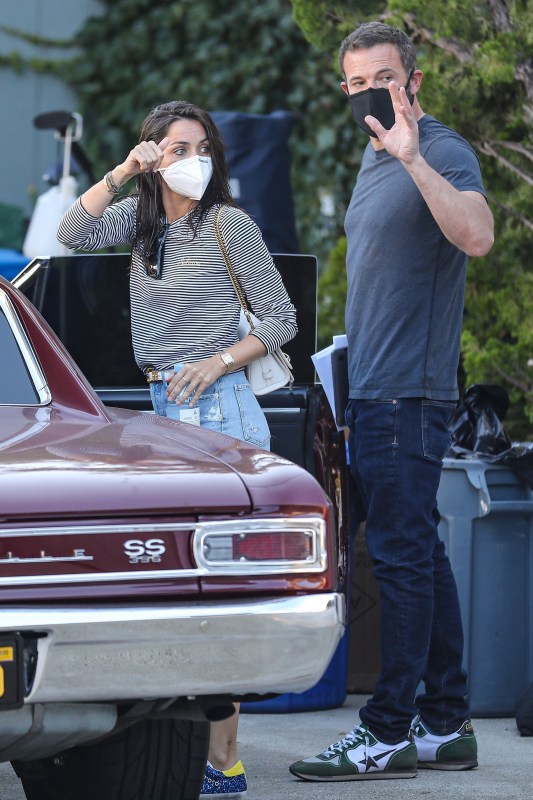