On June 19, 2021, President Joe Biden and first lady Jill Biden shared the sad news that Champ, their 13-year-old German Shepherd, "passed away peacefully at home. He was our constant, cherished companion during the last 13 years and was adored by the entire Biden family," they said in a statement. "Even as Champ's strength waned in his last months, when we came into a room, he would immediately pull himself up, his tail always wagging, and nuzzle us for an ear scratch or a belly rub. Wherever we were, he wanted to be, and everything was instantly better when he was next to us." They continued, "He loved nothing more than curling up at our feet in front of a fire at the end of the day, joining us as a comforting presence in meetings, or sunning himself in the White House garden. In our most joyful moments and in our most grief-stricken days, he was there with us, sensitive to our every unspoken feeling and emotion." The statement concluded, "We love our sweet, good boy and will miss him always." As we mourn Champ — seen here with the president in the Oval Office in February 2021 — join Wonderwall.com to take a look back at more of the canines (and a few cats!) who've called the White House home over the last century.

President Joe Biden and first lady Jill Biden moved into the White House on Jan. 20, 2021. Four days later, their two dogs — German shepherds Champ and Major — joined them. The president is seen here getting an Oval Office visit from Champ and Major on Feb. 9, 2021. Fun fact: Only two presidents — Donald Trump and James K. Polk — have not had pets while in office.

Major — who was adopted by President Joe Biden and his wife, Dr. Jill Biden, from the Delaware Humane Association in 2018 — was photographed playing outside the White House on Jan. 24, 2021. He's the first rescue dog to ever live at 1600 Pennsylvania Ave.

President Barack Obama and his daughters Malia and Sasha walked the family's new Portuguese water dog, Bo, during their new pet's introduction to the White House press corps on the South Lawn of the White House in Washington, D.C., on April 14, 2009. The 6-month-old puppy — the breed is considered a good one for kids with allergies, like Malia — was a gift from Senator Ted Kennedy, who owned several Portuguese water dogs.

President Barack Obama, first lady Michelle Obama and their daughters, Malia and Sasha, posed for a family portrait with their pets — Portuguese water dogs Sunny (who joined the family in 2013) and Bo (who was a gift from Senator Ted Kennedy in 2009) — in the Rose Garden of the White House on Easter Sunday in 2015.

President George W. Bush's English springer spaniel, Spot, was caught with a tennis ball on the South Lawn of the White House on Jan. 23, 2001. Spot was the offspring of Millie, who was former President George H. Bush's family dog.

President George H. W. Bush did some work with two of his dog Millie's two-month-old puppies at his side — with plenty of newspaper spread on floor since they were being potty trained at the time — in the White House on May 16, 1989.

President Bill Clinton and first lady Hillary Rodham Clinton's pet cat, Socks, sat on the first lady's lap in front of a Christmas tree during the holiday season at the White House on Dec. 13, 1995.

First lady Barbara Bush crouched beside her springer spaniel Millie's birthing box after playing midwife and helping deliver the dog's litter of six puppies, with granddaughter Marshall looking on, at the White House on May 18, 1989.

President Herbert Hoover posed with his pet dog, King Tut, in this photo taken in the 1930s.

President Bill Clinton's family pets — Socks the cat and Buddy the dog — hung out in the outer Oval Office at the White House on Jan. 5, 1998.

President Bill Clinton and White House photographer Sharon Farmer watched as his dog, Buddy, and his cat, Socks, barked and hissed at each other on the lawn outside the Oval Office at the White House in Washington, D.C., on Jan. 6, 1988.

Then-first lady Michelle Obama joined then-second lady Jill Biden and her German shepherd Champ at the Naval Observatory in Washington, D.C., on May 10, 2012, to work on a Mother's Day initiative during a Joining Forces service event.

John F. Kennedy Jr. mischievously leaned out of his baby carriage parked on the White House grounds and reached for the family's pet dog Charlie on April 12, 1962.

President George H. W. Bush played with some of his dog Millie's puppies on the White House lawn on May 4, 1989.

Socks the cat — the first pet of President Bill Clinton and first lady Hillary Rodham Clinton — checked out a pile of Easter eggs on the White House lawn in April 1994.

President George H. W. Bush returned to the White House after flying back from Camp David on Marine One and landing on the South Lawn on June 28, 1992. He was accompanied by son George W. Bush and the family dogs, Millie (pictured) and Ranger.

First lady Barbara Bush admired her dog Millie's new puppies as they romped around a pen inside the White House on April 1, 1989.

President Lyndon B. Johnson, first lady Lady Bird Johnson and their daughters played with their beagles in the flower garden of the White House on April 19, 1964.

First lady Mamie Eisenhower posed with her Weimaraner, Heidi, in front of a portrait of former President Abraham Lincoln in Washington, D.C., in 1958.

President George W. Bush carried his dog Barney as first lady Laura Bush held their other Scottish terrier, Miss Beazley, after stepping off Air Force One on Dec. 26, 2005, upon landing in Waco, Texas, on their way to their Crawford, Texas, ranch to ring in the New Year.

President George W. Bush waved as his dogs Barney and Miss Beazley scurried off Marine One upon their return to the White House on Aug. 13, 2006, following a vacation to his Crawford, Texas, ranch.

President Bill Clinton's cat, Socks, sat atop a deer statue in the White House garden on Dec. 25, 1994, as the Clintons headed to church.

President Calvin Coolidge and first lady Grace Coolidge posed with one of their dogs on the White House lawn in Washington, D.C., circa 1927.

President Bill Clinton bent over to congratulate his new chocolate labrador retriever, Buddy, for sitting and offering his paw in the Oval Office at the White House on Jan. 13, 1998.

President Gerald R. Ford worked on budget matters in the Oval Office while petting his golden retriever, Liberty, on Nov. 8, 1974.

The Clinton family cat, Socks sat on President Bill Clinton's shoulder on March 25, 1993, after he finished his morning jog.

President Ronald Reagan walked across the White House lawn with first lady Nancy Reagan and their dog, Lucky, upon returning from Camp David on Sept. 1, 1985.

In this portrait of the Ford family taken in 1978, first lady Betty Ford and President Gerald Ford and their children posed with the family's golden retriever, Liberty.

President Warren G. Harding greeted his Airedale terrier, Laddie Boy, on the steps of the White House on April 9, 1923.

Less than a year before he assumed the presidency, Gerald Ford posed at his home in Alexandria, Virginia, in November 1973 with sons Steven Ford and John Ford, daughter Susan Ford, wife Betty Ford and Susan's Siamese cat, Shan.

When President John F. Kennedy and his family returned to Washington, D.C., on Jan. 9, 1963, from a holiday vacation in Florida, first daughter Caroline Kennedy's Welsh terrier, Charlie, broke away from her. She gave chase and finally caught up with him on the tarmac as a helicopter crew member prepared to help.

When President Franklin D. Roosevelt was leaving the White House for the Capitol to take the oath of office on Jan. 20, 1941, his Scottish terrier, Fala, invited himself into the car.

President Gerald Ford, the first lady and their daughter gave some loving attention to their family's golden retriever, Liberty, as she nursed her first litter of puppies on Sept. 17, 1975.

President Lyndon B. Johnson took to the White House grounds to walk two of his dogs — Him, a beagle, and Blanco, a collie — as journalists trailed behind on April 9, 1965.

Margaret Truman, the daughter of President Harry Truman, played with her dog, Mike, at the White House in 1945. 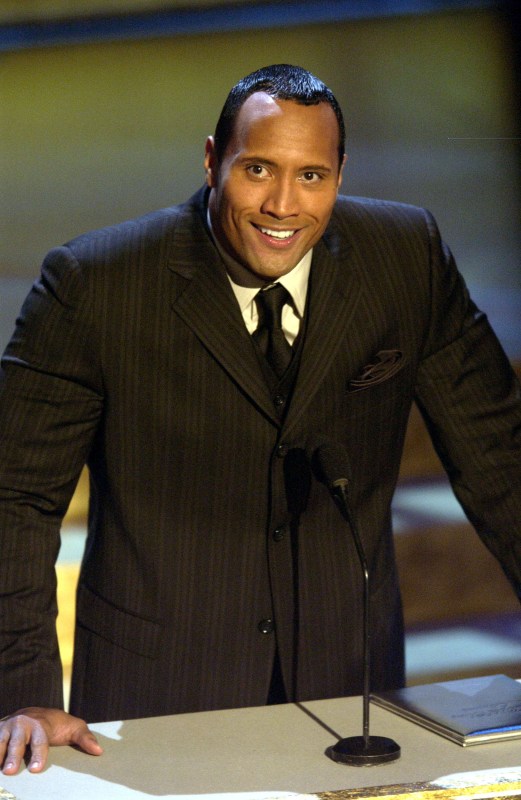