What's cuter than our favorite royals playing with animals all over the world? Not much! Wonderwall.com is taking a look back at some of the best encounters between members of Britain's royal family and members of the animal kingdom, starting with Duchess Kate and this fuzzy spider… Prince William watched as Duchess Kate handled a tarantula named Charlotte, from Kidz Farm, during a tour of the Ulster University Magee Campus in Londonderry, Northern Ireland, on Sept. 29, 2021.

RELATED: The best photos of the royal family in Scotland

While Duchess Kate held a spider, Prince William handled a snake during a tour of the Ulster University Magee Campus in Londonderry, Northern Ireland, on Sept. 29, 2021.

Duchess Kate handled Gus the Guinea Pig during a HugglePets visit with a group of school children from Loxdale Primary School in Wolverhampton, England, to mark Mental Health Awareness Week on May 13, 2021.

Prince Charles pet Monty the dog as wife Duchess Camilla looked on during a visit to the Cabinet Office in London on Feb. 13, 2020.

What a wooly beauty! Duchess Kate stroked a lamb as farmer's daughter Clover Chapman looked on during a visit to Manor Farm in Little Stainton, Durham, England, on April 27, 2021.

Prince William and Duchess Kate met Irish President Michael D. Higgins and his wife, Sabina Coyne — as well as one of the leader's Bernese mountain dogs — at the official presidential residence, Aras an Uachtarain, in Dublin on March 3, 2020, during the royals' first ever official visit to Ireland.

RELATED: See the best photos from the Duke and Duchess of Cambridge's first official royal visit to Ireland

During a visit to the Kerikeri Primary School in Waitangi, New Zealand, on Nov. 20, 2019, Camilla, Duchess of Cornwall met the school's therapy dog, Meg, as student Liam Curtis read to the cute canine.

RELATED: See all the best photos of the Duke and Duchess of Cambridge's royal tour of Pakistan

Prince Charles met two llamas during a Future is Bright event at Kaikoura Memorial Hall in Kaikoura during his royal visit to New Zealand on Nov. 23, 2019.

Prince William and Duchess Kate got tangled up as they played with golden Labrador puppies Salto and Sky during a visit to the Army Canine Centre near Islamabad, Pakistan, where the UK provides support to a program that trains dogs to identify explosive devices, during day five of their royal tour of Pakistan on Oct. 18, 2019.

Duchess Camilla posed with a donkey during a visit to the Sidmouth Donkey Sanctuary in Devon, England, on July 17, 2019.

Prince Charles posed with two workhorses while visiting the Tyn-y-Coed Forest in Wales on July 1, 2019.

Prince Charles met the Dublin Wicklow Mountain Rescue Team — including their new search and rescue dog, Rowan — during a visit to Upper Lake in Glendalough on the second day of his royal visit to Ireland on May 21, 2019.

Prince Charles got up close and personal with an iguana at the National Trust for the Cayman Islands' Blue Iguana Recovery Centre on March 28, 2019, during his 12-day royal tour of the Caribbean with wife Duchess Camilla.

Prince Harry and Duchess Meghan met Ruby — a mother koala who gave birth to a joey named Meghan in the former actress's honor — during a visit to Taronga Zoo in Sydney on Oct. 16, 2018. How cute are they?!

Duchess Camilla greeted a horse at the National Equestrian Center in Havana, Cuba, during her 12-day royal tour of the Caribbean with her husband, Prince Charles, on March 27, 2019.

Duchess Kate got up close and personal with Domhnall, the Irish Wolfhound mascot of the First Battalion Irish Guardsmen, at the St. Patrick's Day Parade in London on March 17, 2019.

Prince Harry and Duchess Meghan met horses at the Moroccan Royal Federation of Equestrian Sports in Rabat on Feb. 25, 2019, during their royal tour of Morocco.

Duchess Camilla pet a beautiful dog during a visit to the Avoca Mill in County Wicklow during her royal visit to Ireland with Prince Charles on May 21, 2019.

Princess Anne was snapped with one of her Bull Terrier dogs on Day 1 of The Festival of British Eventing at Gatcombe Park in Stroud, England, on Aug. 3, 2018.

Prince Harry and Duchess Meghan got playful with a shaggy dog in Dublin, Ireland, on July 11, 2018, during their first international royal visit on behalf of the queen .

Duchess Camilla pet some local dogs while on a royal visit to Devon on July 17, 2019.

Prince Charles couldn't help himself while meeting an explosives search dog at Heathrow airport in London on March 13, 2018.

Duchess Camilla loved on a little dog during a "Celebration of Community" event in Lisnaskea, Northern Ireland, during an official royal visit to the Emerald Isle on May 21, 2019.

Duchess Kate looked downright thrilled to be feeding a lamb from a bottle at a farm in Arlingham in Gloucestershire, England, on May 3, 2017.

Prince William looked a little wary while participating in a falconry display at The Anglesey Show in Wales on Aug. 14, 2013.

Prince Harry and Duchess Meghan appeared with farmer Scott Woodley during a visit to his drought-affected farm of Mountain View in Dubbo, New South Wales, Australia, on Oct. 17, 2018, during their official royal tour Down Under.

Prince Harry got in on the action while watching a display of jumping dogs with Duchess Meghan at a community barbecue in Victoria Park in Dubbo, Australia, on day two of their royal tour Down Under on Oct. 17, 2018.

Prince Charles checked out a monkfish, an example of some of the catch that is sold at the market, by fisherman Jimmy Buchan as he visited Peterhead Fish Market in Peterhead, Scotland, on Sept. 29, 2018.

Duchess Meghan met an echidna during a visit to Taronga Zoo in Sydney on Oct. 16, 2018.

Prince Harry couldn't help but melt when meeting a medical alert dog in Orlando, Florida, in May 2016.

Queen Elizabeth II and Prince Philip visited the new elephant center at ZSL Whipsnade Zoo in Whipsnade, Dunstable, England, on April 11, 2017. Only the queen could look so regal giving a banana to a pachyderm!

Prince William and Duchess Kate were all smiles while meeting a koala at the Taronga Zoo in Sydney on April 20, 2014.

Prince William and Duchess Kate helped introduce Prince George to a little bilby at the Taronga Zoo in Sydney on April 20, 2014.

Prince Harry planted a smooch on this horse's nose while at the Nature Fun Ranch in St. Andrew, Barbados, on Dec. 2, 2016.

Prince William picked up his dog, Lupo, and showered him with love at the Beaufort Polo Club in Gloucestershire, England, on June 17, 2012.

Prince William and Duchess Kate held police dog puppies close during a visit in Wellington, New Zealand, on April 16, 2014. How tiny are these guys?!

Duchess Kate looked beyond ecstatic to feed a baby elephant during her visit to the Centre for Wildlife Rehabilitation in India's Kaziranga National Park on April 13, 2016. Can you blame her for being so giddy?

Prince Charles looked shocked and surprised while holding a Tuatara lizard during his visit to Orokonui Ecosanctuary in Dunedin, New Zealand, to mark Conservation Week on Nov. 5, 2015.

Prince Harry worked with African Parks in Malawi as part of the 500 Elephants initiative in the summer of 2016.

Duchess Kate presented the Regimental Irish Wolfhound Domhnall with his own sprig of shamrock at the St. Patrick's Day Parade in Aldershot, England, on March 17, 2014. That dog is almost the size of Kate!

Prince William looked relaxed atop a white horse at the Audi Polo Challenge at Coworth Park in Berkshire, England, on May 28, 2016.

Prince Charles looked straight into the eyes of this bald eagle — his name is Zephyr — at the Sandringham Flower Show in Norfolk, England, on July 31, 2013.

Prince Harry released turtles on Lovers Beach in Nevis in the Caribbean on Nov. 23, 2016.

Prince Harry met Shenkin the Goat, the Regimental Mascot of the Royal Welsh, during the "Zulu" 50th anniversary film screening in London on June 10, 2014.

Duchess Kate greeted Bob the cat and his owner, James Bowen, at the "A Street Cat Named Bob" film premiere in London on Nov. 3, 2016. Something tells us Kate prefers dogs to cats…

Prince William helped feed an elephant a carrot at a sanctuary in Xishuangbanna's Nature Reserve in China on March 4, 2015.

Prince Harry stopped to say hello to a little animal on a walkabout at Cashel Street Mall in Christchurch, New Zealand, on May 12, 2015. 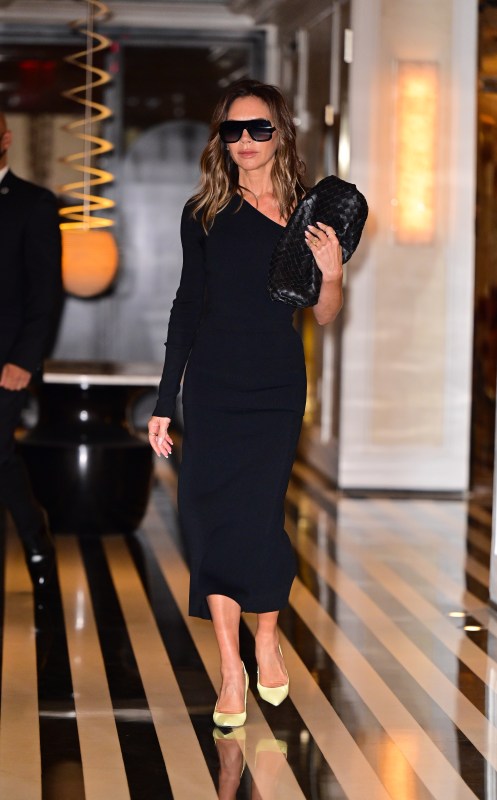 Up Next Posh Fashion

These co-stars reportedly couldn't get along in real life

Salma Hayek takes a walk on the wild side, more celeb photos from Oct. 11-16

The romantic thing Chris Martin did to make Dakota Johnson tear up in public, more news