On April 9, 2021, Britain's royal family shared the sad news that it had lost its patriarch at 99. "It is with deep sorrow that Her Majesty The Queen announces the death of her beloved husband, His Royal Highness The Prince Philip, Duke of Edinburgh. His Royal Highness passed away peacefully this morning at Windsor Castle," the palace said in a statement. "The Royal Family join with people around the world in mourning his loss." In the wake of their grief, Wonderwall.com is celebrating Philip — the longest serving consort of any British monarch — with a look back at his life pictures. Keep reading to relive some of the Duke of Edinburgh's biggest moments caught on camera both with and without his wife of 73 years, Queen Elizabeth II — who's seen here with Philip in a personal photograph taken at the top of the Coyles of Muick in Scotland in 2003 by the Countess of Wessex and released days after his death.

Prince Philip of Greece and Denmark was born in Greece on June 10, 1921. He was photographed taking some early steps in July 1922, a few months before his family was exiled from Greece as a result of the Greco-Turkish War.

A young Prince Philip posed in traditional Greek dress in 1930. His family relocated to Paris after they were exiled from Greece and he received his education in France, Germany and the United Kingdom.

A 13-year-old Queen Elizabeth II (far left) and an 18-year-old Prince Philip (back right, laughing) were photographed together for the first time during a gathering at the Dartmouth Naval College chapel on July 22, 1939. Princess Margaret, Queen Elizabeth the Queen Mother, King George VI and Lord Louis Mountbatten (Prince Philip's uncle) were also in attendance.

Prince Philip, who posed for a wartime portrait circa 1947, joined the British Royal Navy in 1939 and served in the Mediterranean during WWII. His active naval career — during which he ultimately reached the rank of commander — ended in July 1951.

Queen Elizabeth II and Prince Philip posed for an official engagement portrait at London's Buckingham Palace on July 10, 1947. Before their betrothal, he gave up his Greek and Danish royal titles, became a British citizen and adopted the surname Mountbatten from his maternal grandparents.

Following their wedding at Westminster Abbey, Queen Elizabeth II and Prince Philip posed for an official portrait at London's Buckingham Palace on Nov. 20, 1947. On that day, he officially became the Duke of Edinburgh, Earl of Merioneth and Baron Greenwich.

Prince Philip and Queen Elizabeth II welcomed their second child, Princess Anne, in 1950. The family of four — including a young Prince Charles — posed at Clarence House in London on Aug. 8, 1951.

Prince Philip posed next to Queen Elizabeth II in London on her coronation day, June 2, 1953.

Prince Philip and Michael Parker (left), his best friend and personal secretary, were photographed together in Gibraltar in early 1957 following Michael's resignation. He left the Prince's service after his wife, Eileen, filed for divorce over his infidelity. The breakup scandalized the palace, calling into question the nature of Philip's relationship with his own wife. The drama prompted Queen Elizabeth II to issue a rare public statement on the state of her marriage: "It is quite untrue that there is any rift between the Queen and the Duke," said the Palace. Within weeks of Michael's resignation, the Queen officially bestowed upon her husband the title of Prince, making him His Royal Highness The Prince Philip, Duke of Edinburgh — allegedly so that he couldn't be called to testify in his pal's divorce trial, according to one popular theory.

Prince Philip posed for a portrait at home in Buckingham Palace in London in December 1958.

Prince Philip and Queen Elizabeth II welcomed their third child, Prince Andrew, in 1960. That same year, they vacationed with their two older offspring, Princess Anne and Prince Charles, at Balmoral Castle in Scotland.

Prince Philip and Queen Elizabeth II welcomed their fourth child, Prince Edward, in 1964. The following year, they posed with their new baby — as well as older kids Prince Andrew, Princess Anne and Prince Charles — at Frogmore House in Windsor.

Prince Philip drove a carriage during the Royal Windsor Horse Show on May 9, 1974. He helped popularize the sport of carriage driving over the years and even supervised the drafting of the early rule book for the sport.

Prince Philip and Queen Elizabeth II were on hand when their eldest child, Prince Charles, wed Princess Diana in London on July 29, 1981. After the wedding ceremony, the foursome posed on the balcony at Buckingham Palace.

Prince Philip waved as he left King Edward VII's Hospital in London on April 6, 2008, after recovering from a chest infection. The three-day stint in the hospital prompted rumors that Queen Elizabeth II's husband was suffering from prostate cancer, which the Palace denied in an official statement.

Prince Philip celebrated his 90th birthday on June 10, 2011, during a reception for the Action on Hearing Loss charity at Buckingham Palace in London. The same day, Queen Elizabeth II gave him the title of Lord High Admiral, making him the official head of the Royal Navy.

On Dec. 27, 2011, Prince Philip waved as he left Papworth Hospital in Cambridgeshire, England, where he underwent coronary angioplasty and stenting after suffering chest pains a few days earlier. This hospitalization kicked off a run of bad health for Queen Elizabeth II's husband, who was hospitalized twice in 2012 for a bladder infection, once in 2013 and once again in 2017.

Prince Philip officially retired from his royal duties on Aug. 2, 2017. During his final solo public engagement, he attended a Royal Marines parade marking the finale of the 1664 Global Challenge on the forecourt of Buckingham Palace in London.

Prince Philip and Queen Elizabeth II attended the Remembrance Service at The Cenotaph in London on Nov. 12, 2017. A week later, they celebrated their 70th wedding anniversary, making the queen the first British monarch to celebrate a platinum wedding anniversary.

Prince Philip was photographed driving a carriage in Windsor on March 5, 2018. The following month, he underwent hip replacement surgery at King Edward VII's Hospital in London.

Prince Philip emerged from retirement to attend the wedding of grandson Prince Harry and former actress Meghan Markle on May 19, 2018. He's seen here, seated next to wife Queen Elizabeth II, inside St. George's Chapel at Windsor Castle during the beautiful nuptials.

Prince Philip attended another high-profile wedding — the nuptials of granddaughter Princess Eugenie and Jack Brooksbank — on Oct. 12, 2018. He's pictured sitting beside his wife, Queen Elizabeth II, in an official photo of the royal family following the ceremony.

Prince Philip, along with Queen Elizabeth II and Doria Ragland, met his newest great-grandchild — Prince Harry and Duchess Meghan's son Archie Mountbatten-Windsor, who was born in May 2019 — two days after his arrival.

What a milestone! Buckingham Palace marked Prince Philip's 99th birthday on June 10, 2020, by releasing a photo of the Duke of Edinburgh and wife Queen Elizabeth II posing in the quadrangle of Windsor Castle — where they hunkered down with a reduced staff amid the coronavirus pandemic — 10 days earlier.

The Duchess of Cambridge via PA Wire/WPA Pool/Shutterstock 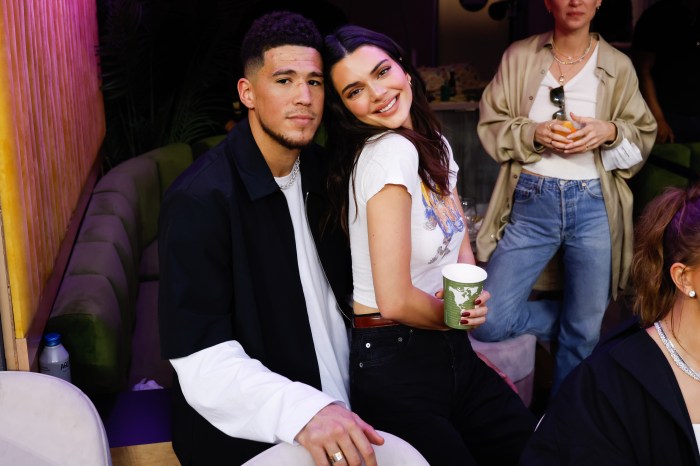