What isn't there to love about Scarlett Johansson? She's devastatingly beautiful, a talented actress, passionate about politics and has dated the most gorgeous men in Hollywood. In honor of her newest film, "Ghost in the Shell", which hits theaters on March 31, 2017, we've put together a photo highlight reel of this star's amazing journey from childhood to now, with a few handsome stops along the way.

On Nov. 22, 1984, in New York City, Scarlett Johansson took her first breath. Three minutes later, fraternal twin brother Hunter joined her. The pair were a welcome addition to their family, which consisted of mom Melanie Sloan, a producer and film director; father Karsten Johansson, an architect; and two older siblings, Aiden and Vanessa.

RELATED: See all your favorite stars heating up the beach

The acting bug bit Scarlett Johansson at a young age. In 1992, she appeared in her first Off-Broadway production, "Sophistry," alongside Ethan Hawke. Just two years later, she landed her first major movie role alongside Elijah Wood in "North." Her natural abilities led her to her first starring role in the 1996 film "Manny & Lo," which drew raves from critics.

Shortly after Scarlett Johansson's success in "Manny & Lo," she enrolled in Manhattan's Professional Children's School so she could continue acting while getting her education. In 1998, she was cast alongside Robert Redford in the film "The Horse Whisperer" as Grace, a young girl maimed in a horse-riding accident. A 2009 book on Robert claimed that Scarlett's defiant attitude and pushy stage mother made him want to pull out his hair during the shoot.

In 2002, Scarlett Johansson graduated from the Professional Children's School, joining the ranks of other famous alumnae including Carrie Fisher, Sarah Jessica Parker and Christina Ricci. In less than a year, Scarlett's star would rise higher than she could imagine.

2003 was the year Scarlett Johansson revealed her vast acting range. She first appeared in "Girl With a Pearl Earring" as the young Griet, a servant girl who is illicitly painted by the married artist who employs her. For her performance, Scarlett earned a Golden Globe nomination. Just a few months later in "Lost in Translation," Scarlett played a wiley college grad who forms an unlikely romantic relationship with an aging actor played by Bill Murray.

Though rumored to have dated fellow actor Jared Leto in 2004, Scarlett Johansson tried to keep her private life under wraps. But in 2005, she was romantically linked to actor Josh Hartnett, whom she met while filming "The Black Dahlia." The pair dated for a year before parting ways.

After the lukewarm reception of her 2007 film "The Nanny Diaries," Scarlett Johansson struck gold with the Woody Allen-directed "Vicky Cristina Barcelona." Critics praised Scarlett for her performance as a sexually adventurous woman in Spain for the summer. While co-star Penelope Cruz took home multiple awards for her performance, Scarlett became widely regarded as a Hollywood sex symbol.

Few even knew Ryan Reynolds and Scarlett Johansson were dating before they confirmed news of their engagement and marriage in 2008. Aside from a surprisingly public make-out session at a Grammy afterparty in 2009, they were rarely seen together. In 2010, after just two years of marriage, the couple announced plans to divorce. "We entered into our relationship with love, and it's with love and kindness we leave it," they said in a joint statement.

It turns out she's not just an amazing actress — she can sing too. In 2008, Scarlett Johansson released an 11-track album of Tom Waits cover songs including "Fawn" and "Anywhere I Lay My Head." She would follow that album with the 2009 release of "Break Up" with Pete Yorn. Some claim the latter album hinted at the troubles in Scarlett and Ryan Reynolds' two-year marriage.

In 2009 and into 2010, Scarlett Johansson took a break from major motion pictures and starred in her first Broadway theater production, "A View From the Bridge." Opposite Liev Schreiber, Scarlett played Catherine, the young niece who has become the object of her uncle's intense passion. Critics applauded her performance as assertive and dignified.

Scarlett Johansson stepped off Broadway and directly into "Iron Man 2" as Black Widow, a seductive superhero who can kick major a–. She'd go on to reprise the role in "The Avengers" in 2012, in "Captain America: Winter Soldier" in 2014 and in "Avengers: Age of Ultron" in 2015. Scarlett has hinted that she thinks Black Widow deserves to headline her own Marvel movie.

Fresh off the heels of her divorce, Scarlett Johansson sought comfort in the arms of Hollywood heartbreaker Sean Penn in 2011. Since he was 24 years her senior, the pair made an unlikely couple. Although brief, their romance included a trip to Mexico and some hot-and-heavy makeout sessions during a dinner at the White House.

Not long after her love affair with Sean Penn fizzled, Scarlett Johansson was romantically linked to more of Hollywood's biggest heartthrobs, including Bradley Cooper. Typically private, Scarlett never confirmed or denied the reports. Along with Bradley, she was seen out and about with Justin Timberlake and in 2012 may have briefly rekindled her romance with Jared Leto at the Democratic National Convention.

After several A-list romantic interests, Scarlett Johansson dated a regular guy, advertising exec Nate Naylor, in 2011. The pair seemed hot and heavy for nearly a year but broke up in 2012 after pictures of Scarlett sunbathing on a yacht next to her hunky bodyguard surfaced. According to Scarlett, her focus at this time in her life was on working hard and having fun, nothing else.

In a riveting speech at the 2012 Democratic National Convention, Scarlett Johansson shared that Barack Obama was the first president she'd ever voted for and urged fellow Democrats to vote. Calling on her past as a child of low-income parents, Scarlett reminded the audience that programs like Planned Parenthood and Medicaid were pivotal to her family's — and many others' — survival.

When she wasn't professing her adoration for President Obama, Scarlett Johansson was falling hard and fast in love with French journalist Romain Dauriac in late 2012. The pair met through a shared acquaintance, rumored to be a tattoo artist, and quickly became an item, even getting similar tattoos to celebrate their relationship.

After just 10 months of dating Romain Dauriac, Scarlett Johansson's ring finger became the talk of the town. In 2013, she was seen wearing an Art Deco-style engagement ring. Even though Scarlett had once claimed to be indifferent to marriage, it seemed like this romance was enough to change her mind.

After months of speculation, fans finally were able to cheer the news that Scarlett Johansson and fiance Romain Dauriac were expecting their first child together in 2014. Despite being pregnant, ScarJo filmed "Avengers: Age of Ultron," again playing the notoriously agile superhero Black Widow. On Oct. 1, 2014, the couple tied the knot with newborn daughter Rose by their side.

In what was likely the busiest year ever for Scarlett Johansson, she also squeezed in the premiere of her film "Lucy" in 2014. In the action flick, Scarlett plays a woman who's forced to become a drug mule after having a powerful substance surgically implanted in her body. Everything changes when it leaks into her system and turns her into a superhuman.

Although Scarlett Johansson's marriage to Romain Dauriac seemed solid — they were often spotted out with daughter Rose — in reality, their relationship was going south. They opened a gourmet popcorn store in Paris called "Yummy Pop" together in October 2016, but their business partnership didn't save their personal one. In January 2017, reports surfaced revealing that the pair had separated, with some accounts claiming the marriage ended back in the summer of 2016. In March 2017, Scarlett officially filed for divorce, sparking a bitter custody battle over daughter Rose.

Based on a popular Japanese manga, Scarlett Johansson stars as Major Mimi Woods, a cyber-enhanced agent and soldier who doesn't know how she came to exist but has the skills to save the world from a deadly terrorist threat, in 2017's "Ghost in the Shell." 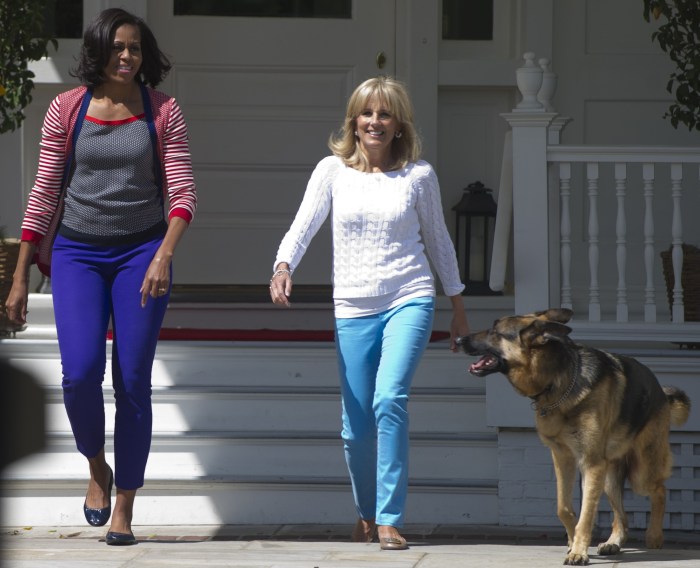