Gwyneth Paltrow and Madonna get rowdy at the Oak Room for the afterparty for the premiere of "Valentino: The Last Emperor" in New York. Does Anne Hathaway (in the background) feel left out?

At the L.A. premiere of "Sugar," Jessica Alba fails to give the cameras any sugar.

"Girls Gone Wild" founder Joe Francis and Mario Lopez enjoyed a Lakers game on St. Patrick's Day, though Francis' constantly cheering them on by shouting, "Take off your top!" didn't go over so well.

At the premiere of her new movie "Adventureland," Kristen Stewart gives her classic "I'm so over it" smirk.

Paul Rudd (left) and Paul Rudd (right) pose at the "I Love You, Man" premiere.

Rosie O'Donnell goes for a spin with Gloria Estefan and Kathy Griffin. Definitely don't want to incite any road rage with that crew.

What's a Week in Photos without a picture of Angelina Jolie doing something crazy while filming "Salt" in a new wig?

At a concert in Sydney, Chris Martin courageously battles a confetti attack.

James Franco, it's OK, it's just a camera. We take pictures and then put them on the Internet. It's how this works.

They had to fire hose Lisa Rinna off the side of this truck. True story.

Diane Kruger and Joshua Jackson, posing at the Metropolitan Opera 125th Anniversary Gala, are too busy looking at each other's pretty face to bother with cameras.

Paris Hilton must have just had a quiet night with her boyfriend Doug, as her lipstick is still fully intact.

At the Metropolitan Opera Gala, Ginnifer Goodwin shows off her dress made entirely out of puzzle pieces. A real fashion innovator, that one.

Anne Hathaway, you may have lost the Oscar, but Valentino just gave you the Most Awkward Documented Kiss of 2009.

Performing in Atlanta, Adele seems thrilled about her false eyelashes staying on the entire show.

At the "Late Show with David Letterman," Nicolas Cage makes several unfortunate decisions with his hair.

Pink, performing in Berlin, shows off the Lindsay Lohan liquid leggings she bought this weekend.

Either Ed Westwick and Leighton Meester are filming on the streets of NYC, or Ed's just showing everyone how much he loves kissing the ladies again. 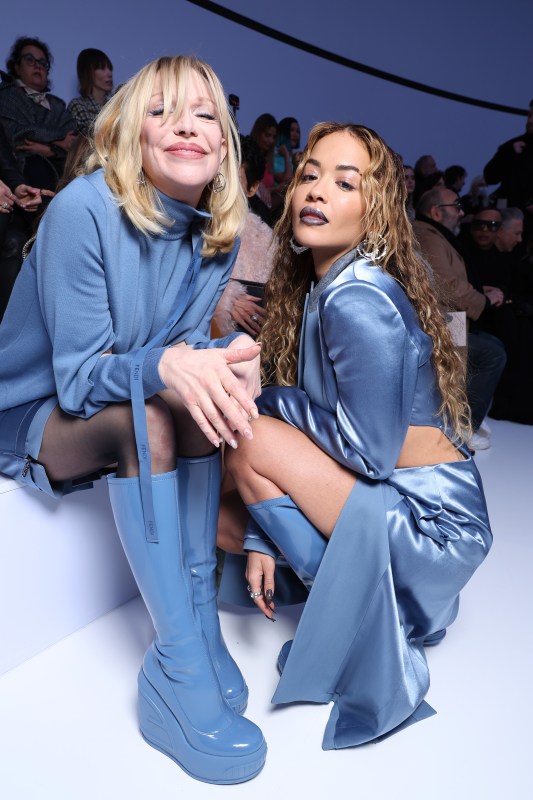