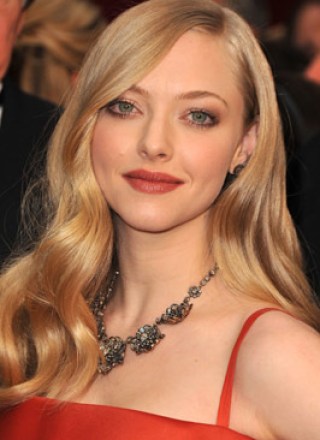 As a porcelain-skinned tween, Amanda Seyfried modeled, appearing in ads for The Limited Too and on the cover of three "Sweet Valley High" books, before moving on to the sudsy world of daytime melodrama in 2000. She spent time on both "As The World Turns" and "All My Children." On her first day at Fordham University in 2003, she got the news that she'd been cast in instant comedy classic  "Mean Girls." She's been steadily filling her resume ever since with TV and film credits including "Veronica Mars," the HBO polygamy drama "Big Love," musicals "Mamma Mia!" (where she connected with her beau of three years Dominic Cooper) and "Les Miserables," "Jennifer's Body," "Red Riding Hood," and "Dear John." She often makes news waves for braving steamy sex scenes and nudity in films like "Chloe" and "Lovelace."  She's racked up an equally impressive romantic resume, having been linked over the years to Ryan Phillippe, Alexander Skarsgard, Emile Hirsch and Josh Hartnett.