It's that time of year again: Mother's Day! As all the mamas in America get ready to celebrate their national day of appreciation, Wonderwall.com is rounding up the hottest celebrities who are observing the holiday for the first time! We're kicking things off with supermodel Irina Shayk, who gave birth to her daughter with Bradley Cooper, Lea de Seine, in March 2017. Read on for more of our favorite new hot mamas!

Amanda Seyfried welcomed her first child, a baby girl, with "The Newsroom" alum Thomas Sadoski in March 2017. The actress and her husband have not yet publicly revealed their little girl's name.

Janet Jackson welcomed her first child, Eissa Al Mana, with husband Wissam Al Mana in January 2017. Unfortunately, the couple split three months after their son was born. On April 14, Janet posted a selfie of herself and little Eissa, who was sweetly yawning. She captioned it, "My baby and me after nap time."

Behati Prinsloo has a new baby on her hands! The model and her Maroon 5 frontman husband, Adam Levine, welcomed little Dusty Rose Levine to the world in September 2016.

Amber Tamblyn and husband David Cross welcomed their first child, daughter Marlow Alice, in February 2017. "The Sisterhood of the Traveling Pants" actress has posted Instagram photos of the little tyke and has been showing off her sense of humor by referring to her daughter by the nickname "Baby Mustard Witch" on social media after initially pretending that they'd named her "Dauphinoise Petunia Brittany Scheherazade Von Funkinstein Mustard Witch RBG Cross Tamblyn-Bey jr."

Audrina Patridge of "The Hills" fame is all grown up! The reality star and her husband, pro BMX rider Corey Bohan, welcomed daughter Kirra Max to the world in June 2016.

Actress Amy Smart and her husband, HGTV host Carter Oosterhouse, welcomed baby Flora in December 2016. In January 2017, Amy revealed on Instagram that due to years of infertility, she used a surrogate to carry her little girl.

Former "The Cosby Show" star Keshia Knight Pulliam is officially a mother! Keshia announced her happy news in January 2017. "Ella Grace has arrived!!" she captioned a picture of her little one's toes on Instagram. Ella's dad is Keshia's ex-husband, former NFL star Ed Hartwell, who is no longer in the picture after initially denying he was the father.

In June 2016, Erika Christensen and her cyclist husband, Cole Maness, brought a little baby girl named Shane into the world! Erika alerted fans to her daughter's imminent birth via an announcement on Twitter. She simply wrote, "I'm in labor. Right now."

"Dancing With the Stars" pros Peta Murgatroyd and Maksim Chmerkovskiy welcomed their first child in January 2017. They named their son Shai Aleksander.

"Supernatural" actress Felicia Day welcomed her first child, a daughter, in January 2017. "Oh yeah Calliope Maeve has hit the world. Currently wearing a onesie that says 'Bard in Training' #LessThanThree," Felicia captioned a photo of Calliope's feet when she announced her happy news on Twitter.

"American Horror Story" actress Lily Rabe and her boyfriend, Hamish Linklater, welcomed a baby girl in March 2017. No name has been revealed yet!

Season 6 "Bachelorette" Ali Fedotowsky and her husband, Kevin Manno, welcomed their first child together in July 2016. They named their daughter Molly Sullivan Mano.

Comedian Tig Notaro is a mother along with her wife, Stephanie Allynne! The couple welcomed twin boys, Max and Finn Notaro, to the world via surrogate in June 2016.

"The Newsroom" actress Alison Pill and her hubby, Joshua Leonard, had their first child in November 2016. They named their daughter Wilder Grace Leonard. 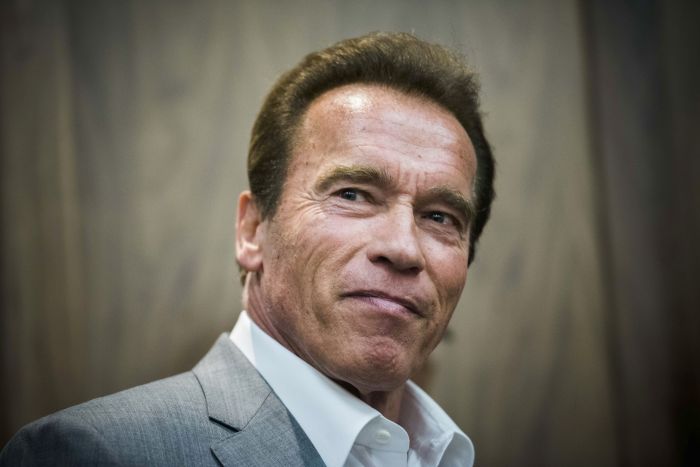