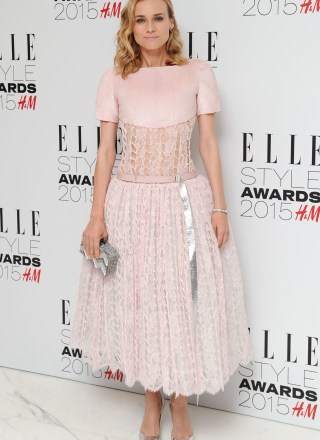 After building a successful modeling and film career in Germany and France, the multilingual (French, English, German, Latin and Russian) blonde beauty and former ballet dancer set sail for America. So it was fitting that her introduction to U.S. audiences was playing the reluctant queen Helen who launched 1000 ships in "Troy" (2004), a role she allegedly won over Nicole Kidman and Julia Roberts. Her career has been a mix of mainstream mega-movies like the "National Treasure" franchise, indies like "Wicker Park" and "Farewell, My Queen" and foreign flicks like "Joyeux Noel". In 2009, she proved she was more than a pretty face with her portrayal of a smooth-talking, quick-on-her-feet German movie star turned spy Bridget von Hammersmark in Quentin Tarantino's "Inglourious Basterds". She was married to heartthrob Guillaume Canet from 2001 to 2006 and has been dating Joshua Jackson since her divorce. After doing an uncredited cameo on her beau's sci-fi series "Fringe", she scored her own show to headline on FX called "The Bridge". She plays a socially-off cop with no filter working hand-in-hand with a cop from Mexico in a border town.