Rapper T.I. claims racism came into play during his May 16 arrest for alleged assault and public drunkenness. T.I. was arrested and handcuffed at his guard-gated community in Georgia after he and a security worker at his community's guard shack got into a heated argument. T.I. claims the guard was sleeping on the job and wouldn't let him into his community. The rapper insists he never laid a finger on the man during the confrontation and said the guard was "antagonizing" him. Eventually, police were called and T.I. was cuffed and booked into jail. The rapper spoke to The Blast after he was released and said he got locked up because he's an affluent African-American celebrity and police near his home are "white cops in a very white area."

Talk about ups and downs. Earlier in the week, Meghan Markle's dad, Thomas Markle Sr., dropped a bombshell when he said he wasn't going to attend her wedding amid a paparazzi scandal (he admitted to collaborating with photographers who shot him prepping for the wedding). He said he didn't want to embarrass his daughter and had also suffered a heart attack amid all the stress from the scandal as well as his older kids' public attacks on Meghan. Somewhere along the way, Meghan apparently texted her dad and said she wasn't mad about the paparazzi scandal and was concerned about his health. Then on May 15, Thomas decided that he wanted to attend the wedding after all. "I hate the idea of missing one of the greatest moments in history and walking my daughter down the aisle," he told TMZ. "Of course I'd walk her down the aisle. This is a historic moment. I'd like to be a part of history." A few hours later though, he said he couldn't attend the wedding because of a scheduled heart surgery, which repaired damage caused by his recent heart attack. Finally, on May 17, Meghan confirmed in a statement that her father would not be attending the wedding. The next day, the palace announced that father-in-law Prince Charles would do the honors.

Chrissy Teigen and John Legend welcomed a baby boy this week. The model tweeted the news on May 16, writing, "Somebody's herrrrrrre!" She complemented the message with emojis of baby bottles. John retweeted the message. Little else is known about the birth. Chrissy was more than happy to finally welcome her son. Just a few hours before the birth, she tweeted, "Happy pregnant Chrissy is gone. meet OVER IT Chrissy. Wanna hold my boy let's do thisssssss." The little guy joins big sister Luna Stephens, 2.

RELATED: Celebs who welcomed babies in 2018

Taraji P. Henson announced on Instagram on May 14 that she is engaged to boyfriend Kelvin Hayden. "I said yes y'all!!!," she captioned a snap of her brilliant new diamond ring. The proposal was well-done. "He started with the Cartier love bracelet BUT that was my #Mothersday gift and then he dropped to his knee and I almost passed out!!!" she told fans. Taraji kept her romance with Kelvin, a former NFL player, under wraps for two years before confirming it in late 2017. She told "Entertainment Tonight" that she's already overwhelmed by wedding planning. "People are hitting me up," she said. "It's starting to get overwhelming and we're thinking, we're talking a year from now, and I know how fast that's going to go, so it's a lot. I'm trying to just enjoy being blissfully engaged for a minute."

When Willow Smith was just 9 years old, she released the song "Whip My Hair," which caught on and was a huge success. In her life, though, she was in a dark place and she was cutting herself. The now-17-year-old made the stunning admission to mother Jada Pinkett Smith on the actress's new "Red Table Talk" Facebook chat show on May 14. Willow said after the success wore off and her tour was over, "it was like a kind of lull. I was just listening to a lot of dark music. It was just so crazy and I was plunged into this black hole, and I was cutting myself." Willow told her shocked mother she was cutting herself on her wrists. "I never talk about it because it was such a short, weird point in my life," she said. "I honestly felt like I was experiencing so much emotional pain, but my physical circumstances weren't reflecting that. One night I was like, this is actually psychotic and after that I just stopped."

Alec Baldwin and wife Hilaria welcomed a son — their fourth child together — this week. The couple announced the news on Instagram on May 17 while sharing an image of Hilaria cradling the newborn as Alec lovingly looks on. "He's here! He's perfect! 8lbs 2oz 💛 #wegotthis2018," she captioned the photo. Alec shared the same photo, writing, "Here we go again! #BaldwinitosEverywhere."

There is mounting speculation that Diane Kruger and her boyfriend, "The Walking Dead" star Norman Reedus, are expecting a child. According to Page Six, insiders at the Cannes Film Festival have noticed that the actress has been wearing large, billowing dresses "to obscure the good news," as one source put it. Further, she's been abstaining from alcohol and only sipping water at events, the May 15 report claimed. Diane also wore a billowing dress at the Met Gala in early May.

Rapper Mac Miller was arrested early on May 17 for driving under the influence after he allegedly crashed his car and fled the scene. According to TMZ, Mac and two of his passengers left the accident scene on foot. After cops arrived, they ran the plates of the stranded and damaged car and it led them to Mac's house. Mac allegedly confessed to drunk driving and fleeing the scene, TMZ reported. He was released from jail on the afternoon of May 17. Mac's recent ex-girlfriend, Ariana Grande, tweeted, "Pls take care of yourself."

Shannen Doherty has undergone breast reconstruction surgery. The "Beverly Hills, 90201" alum revealed the news on Mother's Day, sharing an image of herself in the hospital. Her mother is seen comforting her in the picture. "Happy Mother's Day mom. I only bring you to the best places…..hospital food..yum," she wrote. "I love you. Thank you for always being there. I'd write more but pain pills are kicking in. @themamarosa #reconstruction." The surgery comes two years after the actress had a mastectomy. In 2015, Shannen revealed that she had breast cancer.

Meek Mill gave the President of the United States a stiff arm on May 18. Meek was supposed to meet with Donald Trump to participate in a discussion about prison reform. The meeting began getting negative attention. "I was originally scheduled to be part of a panel on Prison Reform at the White House to help shed light on the issues within the system," Mill said in a statement. "Unfortunately, the focus turned to the President and myself which concerned me that it might take away from creating a positive result from today's discussions. As a result, I decided not to attend, so that the focus would be solely on fixing our prison system. Most importantly, I remain fully committed to improving our criminal justice system." TMZ said Jay-Z called Meek the night before the White House visit and urged him to pull out, saying a meeting with Trump would be problematic for his image and for the cause. 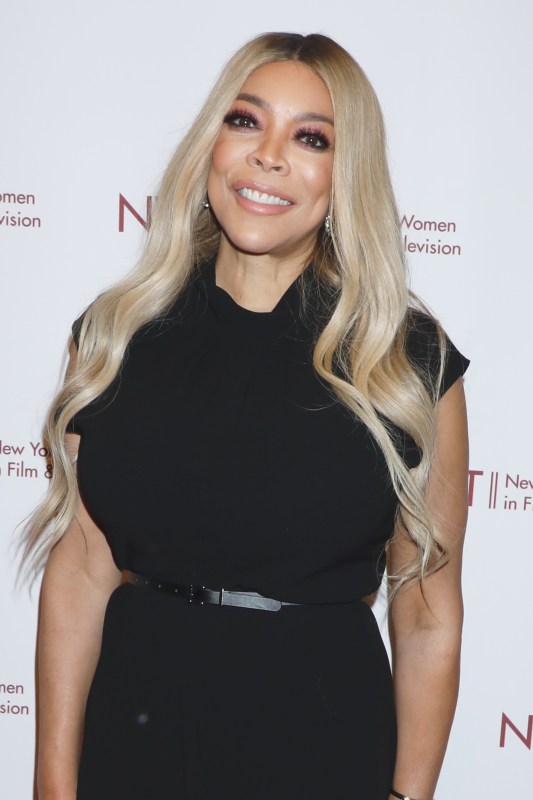 Up Next Mental Health Struggles?