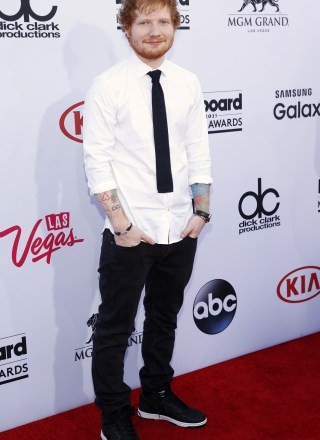 Don't feel sorry for this ginger. He's got Taylor Swift and One Direction on speed dial after co-writing hits with them and touring arenas with Swift in 2013. He's also become quite popular behind the mic for his emotionally and personal blend of singer/songwriter pop, folk, and hip-hop. He even wrote a song about Ellie Goulding cheating on him with Niall Horan from 1D. He released his first EP, The Orange Room, and his first two albums, his self-titled debut and Want Some, by the age of 16. His performance of "You Need Me, I Don't Need You" on YouTube caught the ear of Oscar winner Jaime Foxx who then invited him to appear on his Sirius radio program. He quickly got signed by Elton John's management company and Atlantic Records and became only the third artist to score a Top 75 album purely on download sales. He released his major debut studio album, + (as in Plus), which featured chart toppers "Lego House" and "The A Team," in 2011. He was asked by Peter Jackson to write a theme song for "The Hobbit: The Desolation of Smaug," which resulted in the elegiac "I See Fire." His sophomore release for Atlantic, X (as in Multiply), dropped in June 2014 with production by Rick Rubin and Pharrell.