That's what frenemies are for! Ryan Reynolds turned 45 on Oct. 23, and his fake rival Hugh Jackman feted the birthday boy by … trolling him on Instagram. A Story posted to Hugh's account over the weekend shows a dozen or so members of a photo shoot crew wishing Ryan a very HBD before the camera operator gets to Hugh, who's having his hair and makeup done for a shoot. The makeup artist throws one more "happy birthday" into the video, then Hugh sighs loudly. "It's not easy…," he says, feigning reluctance. "Happy birthday, Ryan," he offers. "There you go, we got it! How many people did we get? People say I don't like you, but that was 15 people," he tells the camera. Finally, Hugh whips out a pile of cash and pretends to pay off the makeup artist for Ryan's b-day wish. "They say I don't love you," he adds. Hugh and Ryan's jokey "feud" dates back to when the two were shooting 2009's "X-Men: Origins."

RELATED: See which stars are celebrating milestone birthdays in October 2021

As Meghan McCain promotes her new audiobook, "Bad Republican," her comments about Donald Trump have garnered almost as much attention as her revelations about why she left "The View." Late last week, the former president issued a caustic statement about McCain, who has said she felt lumped in with Trump's fans on "The View" because she's a Republican, though she didn't vote for Trump. "Isn't it funny that Meghan McCain, who has always been a bully and basically a lowlife, is now complaining that it was she who was bullied by the Slobs and Radical Left maniacs of 'The View?'" Trump said, according to The Hill. Meghan, however, seems perfectly happy to find herself on the receiving end of Trump's criticism. "My first reaction was, 'Thanks for the publicity,'" she quipped in a Fox News interview that aired on Oct. 24. "He really has a way of helping people get publicity for their books," she added. "My family and him have a blood feud at this point. It's about what conservatism looks like post-Trump which I think is something Republicans will really have to take a hard look at one way or another if he ends up running in 2024." Asked if she'd consider running for office herself, McCain told People in a recent interview that she'd rather have her own show. "People hate children of politicians. People hate it. So I would probably lose," she explained.

RELATED: Get the scoop on the best new celebrity memoirs from Dave Grohl to Katie Couric

Less than a week before the release of his new album Ed Sheeran announced on Oct. 24 that he's tested positive for COVID-19. "Hey guys. Quick note to tell you that I've sadly tested positive for Covid, so I'm now self-isolating and following government guidelines," the British singer revealed on Instagram. "It means that I'm now unable to plough ahead with any in person commitments for now, so I'll be doing as many of my planned interviews/performances I can from my house," Ed continued. "Apologies to anyone I've let down. Be safe everyone x." In the wake of Ed's post, Page Six reported his positive COVID-19 diagnosis sent the producers of "Saturday Night Life" into a booking frenzy, as he was slated to appear on the show on Nov. 6. A source told the outlet that despite Ed's offer to perform live via video, they would like to replace him with a "singer who appeals to the same demo," like Justin Bieber or Shawn Mendes. The news comes as Ed's mega mentor episodes are slated to begin airing on "The Voice" on Oct. 25. His new album,
"=" (pronounced "equals") is out Oct. 29.

Jason Sudeikis returned to host "Saturday Night Live" on Oct. 23, after serving 10 years on the cast. Much to the delight of a cheering crowd, Jason kicked off his first-ever "SNL" hosting gig as "the ghost of Joe Biden," an aviator shades and windbreaker-wearing, happy-go-lucky version of the now-president, circa his veep era, who's come to cheer up James Austin Johnson's presidential Biden in October 2021. The sketch opened with Johnson's Biden being told by press secretary Jen Psaki (Chloe Fineman) that his approval ratings are tanking. "I don't understand," Johnson says. "People used to like me. The press would call me Uncle Joe. I miss the old me …" Enter Sudeikis' Biden, who Johnson's Biden doesn't even recognize. "What do you mean, who am I?" says Sudeikis, who played Biden on "SNL" during Barack Obama's administration. "I'm you. I'm you from eight years ago, man. The Ghost of Biden Past, boo!" Johnson looks at him quizzically. "How can you be me?" he asks. "You seem so happy. So carefree. So … what's the word I'm looking for?" Sudeikis helps him out: "Lucid." He then explains that he still exists in a place where he's the vice president. "… Easiest gig in the world — we're like America's wacky neighbor," Sudeikis says. "Pop in with an ice cream cone, some aviator shades, do some finger guns. Shake a few hands, rub a few shoulders." After a few more one-liners and zingers, Sudeikis tells the new Biden, "I want you to stand tall! Flash those 100-percent-natural choppers we got. And remember, we may be from different eras. But at the end of the day, we're both Joe freakin' Biden!"

"Flip or Flop" star Tarek El Moussa and reality TV realtor Heather Rae Young said "I do" over the weekend! The happy couple made it official on Oct. 23, in Montecito, Calif., with Tarek's kids and many of Heather's "Selling Sunset" castmates on hand to help celebrate. Tarek, 40, and Heather, 34, went public with their romance in August 2019 and got engaged 11 months later. "We're best friends, we're true soulmates, and our love is so rare and so special. It's the love I've always dreamed of my whole life," Heather gushed to People after the wedding. "I'm just excited to live this life with her," said Tarek. The love birds are reportedly headed to the Maldives and Dubai for their honeymoon. Tarek was previously married to his HGTV co-star, Christina Haack, from 2009 until 2018.

A Georgia-based woman named Raven Barmer-Simmons has come forward claiming her father was DMX, adding a new twist to his already complicated estate, according to Page Six. Raven, along with the 14 other children the late rapper and actor allegedly fathered, are slated to undergo DNA testing to confirm their relationship to "X," as he was known to friends and family. Born Earl Simmons, X died on April 9 after a heart attack left him in a coma. He died without a will and though his estate is estimated to be worth about $1 million, he is believed to have had few liquid assets, making it unclear how much debt he leaves behind. Last week, X's three sons from his marriage to Tashera Simmons were named temporary executors of the estate. X's fiancée Desiree Lindstrom asked to be named executor and his common-law wife, but she was reportedly denied. "The next big thing is to determine who are the rightful heirs," a lawyer for the executors told Page Six. "The estate is going to ask everyone to prove paternity through DNA testing. All the legal children of DMX will be entitled to an equal share of his estate." DMX has reportedly sold more than 74 million albums.

The assistant director of "Rust," who reportedly handed Alec Baldwin the gun that killed cinematographer Halnya Hutchins and injured director Joel Souza, had been accused of unsafe set practices prior to last week's fatal shooting. "He did not maintain a safe working environment," prop maker Maggie Goll told NBC News of "Rust" A.D. Dave Halls in a report published Oct. 24. "Sets were almost always allowed to become increasingly claustrophobic, no established fire lanes, exits blocked … safety meetings were nonexistent." Maggie reportedly worked with Dave on Hulu's "Into the Dark," where she said Dave tried to continue filming following a "medical emergency" sustained by the lead pyrotechnician. Although investigators have not confirmed whether the gun Alec fired had blanks in it, Dave reportedly yelled "cold gun," meaning it contained no live rounds, before handing it to Alec. In the wake of 42-year-old Halyna's death, The American Film Institute announced it's launched a scholarship "to help female cinematographers build sustainable careers in the movie business," according to Variety. 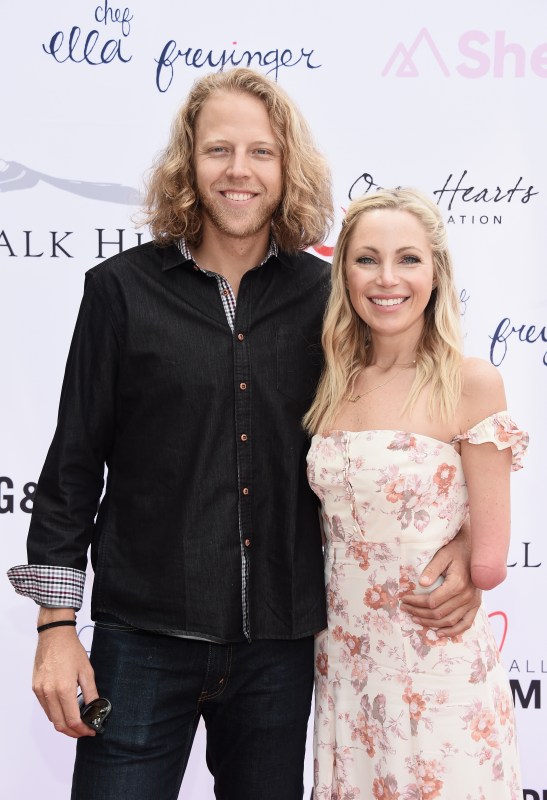