Dwayne "The Rock" Johnson doesn't mess around when it comes to gift-giving. Last Christmas, he gave his mom a new house. A few months later, he gave one to his dad. Now, his sister-in-law is behind the wheel of a brand new Escalade, thanks to the star's generosity. A video Dwayne posted to his Instagram on Wednesday, Dec. 25, shows grinning as he walks outside with his wife, Lauren Hashian's sister, Aja Elan, gushing that she's the "best sister-in-law, the best sister [and] the best mom" before the camera pans to show a giant white SUV in the driveway with a red bow on top. "This Christmas surprise felt good 🚙 🎁❤️," Dwayne captioned the post. "Merry Christmas to my sister in law, @aja_elan for simply being the most loving, supportive and coolest human we could ever ask for. From day 1. Enjoy your new ride with good mana and love. Merry Christmas! We're grateful and we love you sis." He jokingly signed off as "Dwanta🎅🏾," an appropriate title, given the car's reported $75,000 price tag.

Billie Lourd reminds us it's OK to mourn on Christmas

The holidays can be extra hard when you're grieving, but as Billie Lourd reminded her Instagram followers on Christmas Day, it helps to remember others may be in a similar state of mind. The 27-year-old lost her mom, Carrie Fisher, two days after Christmas in 2016. Carrie's death was followed by the death of Billie's grandmother, Debbie Reynolds, just one day later. "Sending my love to everyone who has lost someone they loved and is missing them a little extra today. I see you," she wrote on Wednesday, Dec. 25, sharing a photo of herself as a baby in her mother's arms with her grandmother right behind. "It's okay if everything ain't all merry and bright. It can be a mix of all of it. And it's all okay. Feel all the feelings — the good and the not so good," she continued. "Eat something delish they used to love. Put on one of their favorite songs. Tell a story about them. Cry about them. Call one of their friends you haven't talked to in a while. Be kind and patient with yourself. Don't grieve in silence. You're not alone. ❤️"

What do you get the 22-year-old billionaire who has it all? Five Hermes bags, apparently. Kylie shared a peek at some of her Christmas loot this week on her Instagram Story and outlets like the Daily Mail noticed no fewer than five of the infamously expensive purses in various boxes Kylie received. Among them were a gold mirror purse, a purple, alligator Birkin bag , a red leather and straw bag, and a smaller red purse. Hermes bags range in price from about $10,000 to $300,000.

RELATED: Stars are nothing like us: See the year's craziest celeb purchases and indulgences

Guess who turned up at the Kardashian-Jenner holiday party on Christmas Eve? Yep, fan sites pointed out Khloe Kardashian's ex, Tristan Thompson, was on hand at the bash. The hoops star has been making a habit of leaving gushing comments on Khloe's Instagram — a move that's made some fans angry in spite of Khloe's commitment to ensuring Tristan plays a normal role in the life of their daughter, True Thompson. Khloe ended her relationship with Tristan after he allegedly cheated on her with family friend Jordyn Woods (after he was recorded cheating on her with someone else when Khloe was nine months pregnant). Khloe's made it clear she has no interest in taking Tristan back — or of prolonging the negative feelings between them. As a source told E! News of his appearance at the party: "There was no tension or drama, just a lot of love and family time. Khloé and Tristan were great. They hung out together with True and were chatting a lot."

Like most people who've seen "Cats," Evan Rachel Wood can't wrap her brain around just how bad it turned out to be. She tried on social media, though, tweeting, "…….#cats is actually worse than I thought it would be, And I already thought it would be horrible. But….I am actually speechless. Why would you change the choreography? I…am SPEECHLESS." The tweet has since been deleted, according to the Daily Mail. But she didn't stop there. On her Instagram Story, the actress shared a video review made up mostly of her repeating, "what f—," over and over, adding an "oh my god," and shrieking, according to Page Six. She later tried to be somewhat positive about the stars in the movie, noting, "Its not the casts fault," before summing up her experience as "maybe the worst thing I have ever seen. Ever."

Francesca Scorcese, Martin Scorcese's 20-year-old daughter, may have had the most perfect reaction yet to her dad's headline-making hatred of superhero movies. After Martin gave multiple controversial interviews in which he asserted the projects Marvel Comics has spawned don't count as "cinema," Francesca took a friendly and hilarious jab at her dad — by encasing all of his Christmas presents in images of Captain America and friends. The actress shared a shot of the gifts on her Instagram Story this week (via CNN), captioning the pic, "Look at what I'm wrapping my Dad's X-mas gifts in." In a November chat with the New York Times, Martin explained his stance this way: "Many of the elements that define cinema as I know it are there in Marvel pictures. What's not there is revelation, mystery or genuine emotional danger. Nothing is at risk. The pictures are made to satisfy a specific set of demands, and they are designed as variations on a finite number of themes."

The Palm Springs International Film Festival has announced Jamie Foxx will be honored on Jan. 2 with the festival's Spotlight Award for his performance in "Just Mercy." Jamie, who was also nominated for a Screen Actors Guild Award for his work in the fact-based drama, plays a man wrongly convicted of murder and sentenced to death in the late '80s in Alabama, according to The Wrap. Jamie stars alongside Michael B. Jordan, who plays Bryan Stevenson, the attorney who worked to exonerate Jamie's character, Walter McMillan, and many others whose convictions stemmed from their race and poverty. Jennifer Lopez will also be honored at the event for her performance in "Hustlers."

Looks like the video for "Put It All On Me" will be the last new material Ed Sheeran fans get for a while. The singer announced this week he's "gonna go on another break again," both from music and from social media. "The Divide era and tour changed my life in so many ways, but now it's all over it's time to go out and see some more of the world," Ed shared on Instagram shortly after releasing his latest video. "I've been a bit non stop since 2017 so I'm just gonna take a breather to travel, write, and read. I'll be off social media until it's time to come back," he explained. "To my family and friends, see ya when I see ya – and to my fans, thank you for always being amazing, I promise to be back with some new music when the time is right and I've lived a little more to actually have something to write about." He signed off with "lots of love" and changed his profile photo to a black screen with the letters "BRB" in white.

Acclaimed hip-hop photographer Monique Bunn has filed a $50 million federal lawsuit against Damon Dash, his fiance and his various entertainment companies. according to The Blast. In her suit, Bunn claims she was flown to Los Angeles to "shoot new programming for" his companies, Damon Dash Studios and Poppington LLC. She shot the campaigns the day she arrived, Bunn says in the documents, then was taken to Dash and Raquel Horn's home where she was told she would be staying in the couple's daughter's room. She says she woke up in the middle of the night to find the hip-hop mogul's hands on her chest and rear. She says he was nude except for a robe and that when she got his hands off her he asked, "what are you doing?" She threatened to fight him, she claims, and he left the room. The next day, he said he needed her for another project but the project seems not to have ever been in place, leading Bunn to suspect he wanted her to stay quiet about what happened. She's suing for sexual battery and the return of photography equipment including drives with valuable hip-hop culture images on them.

Drake spent much of 2019 feuding with Pusha-T. One person he made amends with, however, is Chris Brown. In a new interview for the "Rap Radar" podcast on Tidal, Drizzy basically acknowledges that tensions between him and Chris boiled down to their mutual love of Rihanna, whom they both dated. When he invited Chris to collaborate on "No Guidance," he says, he was glad to see the "resentment" between them that interfered with previous attempts to work together was no longer in the way (via E! News). "You know, really at the end of the day, when you kind of step away from it and break it down, you start to feel silly because it's over girl stuff. But obviously that could snowball into real s— and that's what happened in this situation," he says. Drake adds that while "that person" who was "in the middle of us" is not in his life nor is she in Chris' today, he still has "love and respect" for her. Though he says he hesitated to work with Chris, he decided she would be happier knowing they'd moved past their conflict. 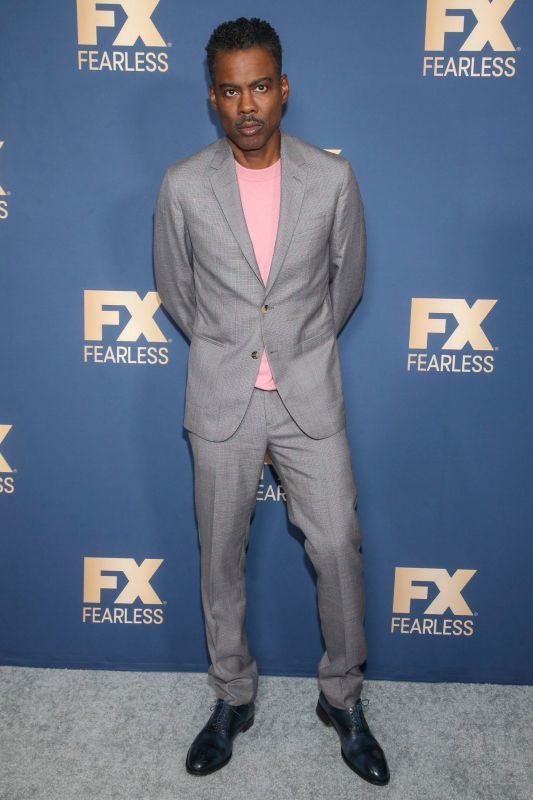 Up Next Ambien Addiction