We know the purrrfect way for you to spend your holidays: Go see "Cats"! To mark the release of the Tom Hopper-directed film on Dec. 20, 2019, Wonderwall.com is taking a look at the star-studded cast and the characters they're playing! Keep reading for more…

Francesca Hayward stars as Victoria, the shy and poised member of the Jellicle tribe.

RELATED: What to watch, stream or see in theaters over the 2019 holiday season

Francesca Hayward is a professional ballerina and dancer in Britain's prestigious Royal Ballet. She's appeared in a number of ballets including "The Nutcracker," "Alice's Adventures in Wonderland," "The Winter's Tale," "The Sleeping Beauty" and "Giselle." After filming for "Cats" wrapped, the English dancer returned to the Royal Ballet in May 2019 and appeared in "Romeo and Juliet."

RELATED: Things you might not know (but should!) about Margot Robbie

Idris Elba stars as Macavity, the devious villain in "Cats."

Idris Elba is a man of many talents! Actor, DJ, singer, writer, music producer… what can't he do?! The "28 Weeks Later" star is known for his work in many projects including HBO's "The Wire," on which he played Russell "Stringer" Bell; BBC One's "Luther," on which he starred as Detective John Luther; and Marvel's "Avengers" film franchise, in which he appeared as Heimdall. Idris is a four-time Golden Globe nominee for best actor in a miniseries or TV movie (he's won once) and a five-time Primetime Emmy Award nominee. Fun fact: His DJ moniker is DJ Big Driis!

Jennifer Hudson stars as Grizabella, the lonely feline in the flick who sings the big number, "Memory."

Jennifer Hudson hit our radar in 2004 when she competed on the third season of "American Idol" and came in seventh. The talented singer made her feature film debut in the 2006 musical "Dreamgirls," in which she starred alongside Beyoncé. Her starring role as Effie White in the film garnered immense critical acclaim — she earned an Oscar, a Golden Globe, a BAFTA Award and Screen Actors Guild Award for best supporting actress. J-Hud made her Broadway debut in 2015 in a revival of "The Color Purple," in which she played Shug Avery. The "Sing" actress will next star as Aretha Franklin in the 2020 movie "Respect."

We would be lying if we said "Lover" hasn't been on repeat since it debuted in August 2019! Taylor Swift has been dominating the music industry since she came on the scene in 2006. Her evolution from country star to certified pop princess has generated major success for the "1989" singer — from "Speak Now" to "Reputation," Taylor has shown the world she's able to transcend genres all while creating catchy tunes with relatable lyrics. The "You Belong with Me" hitmaker is no stranger to critical acclaim — her second album, "Fearless," became the top-selling album of 2009 in America and was diamond certified by the Recording Industry Association of America. The 13-track project went on to win four Grammy Awards including the coveted album of the year prize when Taylor was just 20, making her the youngest artist to ever receive that distinction. As of 2019, Taylor has amassed a plethora of accolades including 10 Grammys, 29 American Music Awards and 23 Billboard Music Awards. After "Cats," we'll see her in the 2020 documentary "Taylor Swift: Miss Americana."

Mega talented artist Jason Derulo is no stranger to singing and dancing. With songs like "In My Head," "Talk Dirty to Me" and "Wiggle," Jason has been turning out hit after hit for years. In 2009, the singer released his first single, "Whatcha Say," which went triple platinum and hit No. 1 in the United States and New Zealand. To date, this hitmaker has sold more than 190 million records worldwide.

Judi Dench stars as Old Deuteronomy, the wise one of the group!

English actress Judi Dench is a seven-time Academy Award nominee (and one-time winner: She took home a best supporting actress Oscar in 1999 for her portrayal of Queen Elizabeth I in "Shakespeare in Love"). The dame's other notable roles include Queen Victoria in 1997's "Mrs. Brown," Armande Voizin in 2000's "Chocolat" and Iris Murdoch in 2001's "Iris."

Ian McKellen stars as the oldest and frailest of the bunch: Gus the Theatre Cat.

From landing a starring role as King Richard in 1995's "Richard III" to his acclaimed portrayal of Gandalf in the "The Lord of the Rings" and "The Hobbit" trilogies, Ian McKellen has proven time and time again to be an extraordinary talent. His accomplishments in theater and film haven't gone unnoticed either as he's received a variety of accolades including six Laurence Olivier Awards, five Primetime Emmy Awards, four BAFTAs and one Tony Award. The British actor, who's gay, is also a longtime LGBTQ+ rights activist.

James Corden, who plays Bustopher Jones in 2019's "Cats" film, found popularity in America in 2015 as people got to know his lovable personality and watch his hilarious antics on his talk show, "The Late Late Show with James Corden." But he's also a total Broadway buff (we recommend giving his "Carpool Karaoke" segment with Lin-Manuel Miranda and other surprise Broadway stars a watch!). In 2011, James took on the role of Francis Henshall in "One Man, Two Guvnors," for which he won a Tony Award for best actor in a play. The "Into the Woods" actor has also amassed nine Emmy Awards for his work on "The Late Late Show" and "Carpool Karaoke" specials. In 2015, this Broadway aficionado was the recipient of the BAFTA Britannia Award for British artist of the year.

We can't help but love Rebel Wilson, who plays lazy feline Jennyanydots in "Cats." The Australian actress has appeared in many notable films including "What to Expect When You're Expecting," "Bachelorette" and "Bridesmaids." Her portrayal of Fat Amy in the "Pitch Perfect" film series garnered her nominations at the Teen Choice Awards and MTV Movie Awards. Similar to her "Cats" co-star James Corden, Rebel has proved herself to be a serious theater star too: In 2016, she played Ursula in "The Little Mermaid" live at the Hollywood Bowl, and that same year played Adelaide in "Guys and Dolls" on the West End. In 2018, the "How to Be Single" star made another appearance at the Hollywood Bowl, only this time it was as LeFou for a production of "Beauty and the Beast." Aside from "Cats," Rebel appeared in three films in 2019: "Isn't It Romantic," "The Hustle" and "Jojo Rabbit." 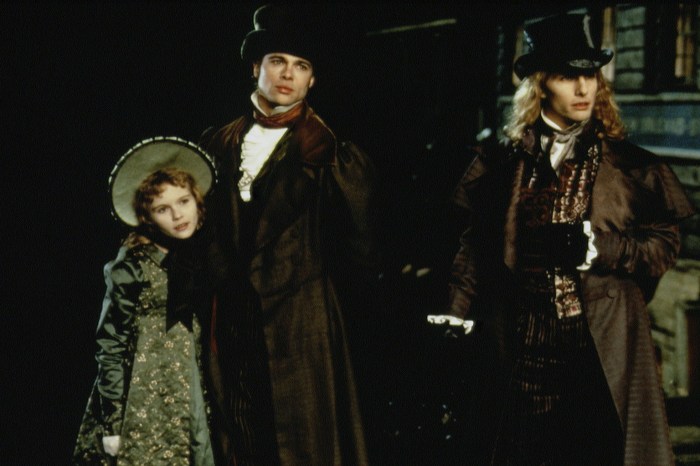 Up Next Vampires Today