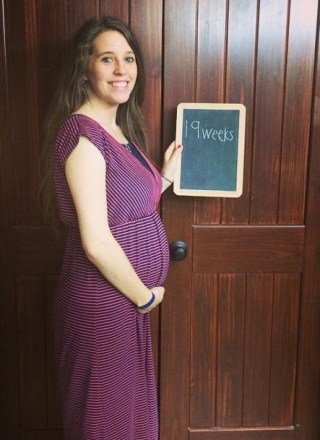 Jill, the second daughter and fourth child of Jim Bob and Michelle Duggar, is one of the stars of TLC's 19 Kids & Counting, a reality show that chronicles the lives of the devout, conservative and homeschooled Duggar clan. She wrote a book with three of her sisters called Growing Up Duggar in 2014. The midwife, who waited to hold hands until she was engaged and didn't kiss until her wedding day, married Derick Dillard, an accountant at WalMart headquarters, June 21, 2014. The couple first courted via text, email and Skype for months before their initial in-person meeting in Nepal, which was supervised by her father. They got engaged in March 2014. She is already pregnant with her first child — a boy due in spring 2015.