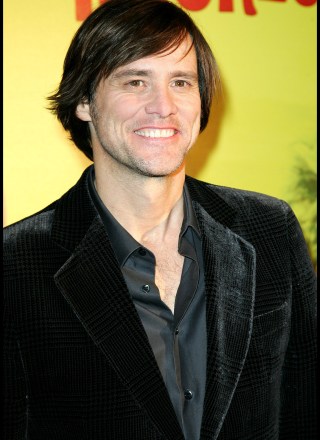 Before Jim Carrey became a Liar, Liar and put on The Mask, the 15-year-old dropout who would become The Cable Guy took his first stand-up stage in Toronto. The factory janitor worked his way up to opening for Buddy Hackett and Rodney Dangerfield before heading west in 1983 and landing TV movie Introducing … Janet. A year later he made his film debut in Finders Keepers and appeared in the likes of Once Bitten and Peggy Sue Got Married, but the In Living Color regular didn't make it big until he played the titular role in Ace Ventura: Pet Detective in 1994. His rubber face, mimicry skills and uber physical brand of comedy allowed him to become the biggest name in comedy for the next decade (Yes Man, How The Grinch Stole Christmas, Batman Forever, Bruce Almighty, Eternal Sunshine of the Spotless Mind) and command $20 million paychecks. His dramatic turns in The Truman Show (1998) and Man on the Moon (1999) put two Golden Globes on his shelf, but the vegetarian was snubbed at the Oscars. Carey has a daughter Jane (who auditioned for American Idol) from his first marriage to Melissa Womer (1987-1995). He was married briefly to his Dumb & Dumber costar Lauren Holly and then moved on to his Me, Myself & Irene lead Renee Zellweger. Things got serious again with Jenny McCarthy from 2005 to 2010, the same year he became a grandfather.