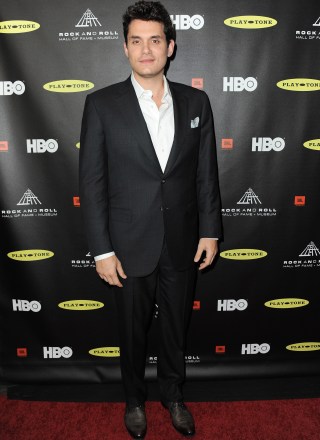 Share Tweet Pin Email
John Mayer bought a guitar with the money he earned at his post-graduation gas station gig. In 1998, after only two semesters, Mayer dropped out of Boston's Berklee College of Music and hightailed it to Atlanta to play the clubs and self-release his first album Inside Wants Out. In 2000, performances at South by Southwest landed him a contract with Aware/Columbia and a year later he was climbing the Billboard charts with Room For Squares and the single "No Such Thing." By 2003, he'd avoided the sophomore slump with Heavier Things and the sentimental ballad "Daughters." Concerned he was being pigeonholed, he formed a bluesy jam trio in 2005, started collaborating with everyone from B.B. King to Alicia Keys and also gave comedy a shot. (His stand-up career was short-lived despite appearing on Chappelle's Show thanks to his risqué style and use of the n-word.) Continuum (2006) and its tracks "Waiting For The World To Change," "Gravity" and "Say" put him back on top with four more Grammys. Having spent two years mostly out of the spotlight, he released his third No. 1 album Born and Raised in 2012. But as skilled a musician as he is, it is his numerous high-profile relationships (Jennifer Love Hewitt, Jennifer Aniston, Cameron Diaz, Minka Kelly and Jessica Simpson) that have us assuming it's his body that's a wonderland. Most recently, he's been courting fellow singer Katy Perry but despite spending the 2012 holidays together, they have already broken up twice in less than a year.