After Taylor Swift dropped new album "Midnights" on Oct. 21, fans immediately started speculating that the bonus track "Would've, Could've, Should've" — a song about a relationship with a poisonous "grown man" who dismissed her as "a child" — is about ex John Mayer. Wonderwall.com is taking a look back at all the ladies John's romanced over the years — or been suspected of dating. In a 2021 interview with pal Andy Cohen on SiriusXM's "Andy Cohen Live," John was asked what remains on his bucket list. "There's one thing left and that's [having a] wife and kids," he said. "That would complete all of it." She's out there somewhere, John!

RELATED: All the women Ben Affleck has loved and lost

John Mayer started dating '90s and '00s darling Jennifer Love Hewitt in 2002. Their romance has lived on in infamy thanks to a very persistent rumor that holds Jennifer was the inspiration for his hit song "Your Body Is a Wonderland." The truth? The track was actually released before they dated, and Jennifer has since reflected on the misconception, telling People magazine that if the tune was about her, it would be called "Your Body is a Disaster." We doubt that!

In the early '00s, Vanessa Carlton and John Mayer were just two kids climbing the Billboard charts: She was at the top of her game with the hit song "A Thousand Miles," while John was pumping out hits like "No Such Thing" and "Your Body Is a Wonderland." They got together and reportedly dated for about a year before calling it quits. Vanessa later called John a "bad breaker-upper."

RELATED: What rock stars looked like when they were young

Perhaps mistaking himself for Bailey Salinger (Scott Wolf's character on "Party of Five"), after dating Jennifer Love Hewitt, John Mayer briefly dated Rhona Mitra, who played Bailey's post-J.Love girlfriend on the hit show, in 2005. Weird, right? No word on how the two reportedly hooked up, but she's a gorgeous British actress, and he loves beautiful brunettes, so it definitely makes sense.

John Mayer became a prime target for the paparazzi in 2006 when he and Jessica Simpson spent New Year's Eve together in New York City and smooched in Miami's South Beach before she followed him on tour around Florida. A lifetime supply of magazine photos later, they finally admitted they were together. While it only lasted until June 2007, John later told Playboy that their physical romance was red-hot, calling Jessica "sexual napalm" and comparing her to "crack cocaine."

Cameron Diaz and John Mayer had a fling back in 2007 when they were both fresh out of high-profile relationships — she had just split from Justin Timberlake and he'd called it quits with Jessica Simpson. The stars hooked up in New York City over dessert at the French-Vietnamese restaurant Indochine and cocktails at the Bowery Hotel. According to People magazine, they were "super flirty."

After splitting from Jessica Simpson, John Mayer frolicked around Los Angeles with "Friday Night Lights" star Minka Kelly in the winter of 2007 and 2008. They hit some Hollywood hotspots and she watched him perform, but they called it quits reportedly because he didn't want a serious relationship at the time… or did he?

The Internet practically exploded when John Mayer flew to Miami to hang with Jennifer Aniston (whom he'd met at an Oscar party in 2008) while she filmed "Marley & Me." Whether he wanted a serious relationship or not, the world wasn't going to have it any other way, and he was soon pegged as the guy who would save Jen from her alleged post-Brad Pitt loneliness. They broke up for a while then got back together, only to end things again in 2009. "One of the most significant differences between us is that I was tweeting," he told Playboy. "The brunt of her success came before TMZ and Twitter. I think that she's still hoping it goes back to 1998."

Nowadays, we know Scheana Marie as Scheana Shay, star of Bravo's "Vanderpump Rules" — but back in 2008, she was a waitress-actress who happened to catch John Mayer's eye. In 2020, she revealed how it began: They met when she was waitressing a private party he was hosting at the Grand Havana Room and she ended up "getting wasted with" him and then-girlfriend Jennifer Aniston, Scheana told the "Flashback" podcast. John and Jen split and a few weeks later, he came back to the club. She and pal "Stacie the Bartender" Adams, who appeared on "The Hills," then started hooking up with him — together. "This went on for about six months, that we hung out. We would go to his house… It just became, you know, kind of the three of us. We had a little throuple going on." Scheana got fired from her job when management found out she was seeing John, as staff couldn't "fraternize" with club members. But that was a blessing in disguise, as she ended up getting a new job at Villa Blanca restaurant, which is owned by Lisa Vanderpump. "So if it wasn't for John Mayer," Sheana said, "I wouldn't be on 'Vanderpump Rules.'"

After John Mayer and Rashida Jones were spotted together at the Chateau Marmont and at a Beverly Hills charity event in 2009, a new couple alert was in effect for Los Angeles County. Reps called it a coincidence, but ultimately, it just seemed like too much of a coincidence.

Rumors circulated that Taylor Swift and onetime duet partner John Mayer hooked up in 2009 when he was 32 and she was just a teenager. She confirmed it in her 2010 song "Dear John," which featured lyrics like, "Don't you think 19 is too young / To be played by your dark twisted games, when I loved you so?" He later slammed her, telling Rolling Stone in 2012, "It made me feel terrible … I didn't deserve it. I'm pretty good at taking accountability now, and I never did anything to deserve that. It was a really lousy thing for her to do." Fans say she struck again on her 2022 album, "Midnights," with a bonus track about a relationship with a poisonous "grown man" who dismissed her as "a child" — "Would've, Could've, Should've," which came out when she was 32 — the same age as John during their short-lived romance.

Both Renee Zellweger and John Mayer had a history of hopping in and out of celebrity relationships, so it was only a matter of time before they eventually hooked up. He dated Jennifer Aniston, who dated Bradley Cooper, who dated Renee, so they were already just a few degrees of separation apart. But Page Six finally made it a direct connection, reporting that they were "discreetly" dating in May 2011.

John Mayer and Katy Perry seemed to be a match made in musical heaven. The pair started dating in the summer of 2012 but split that August. From there, they were on-again, off-again lovers for almost two years — they even released the duet "Who You Love" in 2013 — before ending things in February 2014… except that wasn't it for John and Katy! The two reunited once more in January 2015 and continued to keep people guessing until early 2016, when Katy officially moved on with Orlando Bloom. John opened up about the relationship on "The Ellen DeGeneres Show" back in 2013, shedding light on why the hot-and-cold pair were always so mysterious. "Listen, it was a very private relationship going in. It was a private relationship during, and it's a private relationship still," he said. In 2017, he admitted that a new song, "Still Feel Like Your Man," was about her.

Back in 2009, Kristin Cavallari shot down rumors linking her to John Mayer, with the "Hills" star telling radio host Ryan Seacrest that though the Grammy winner had asked her out, she declined because she didn't want to be "another notch on his belt." But in the summer of 2022, the rumors circled back around as Instagram gossip account Deux Moi, citing anonymous sources, claimed John and K-Cav had recently been on a few dates. Rumblings that the two connected first emerged after fans noticed they suddenly started following one another on Instagram. Neither star has commented, so we'll have to stay tuned on this one. 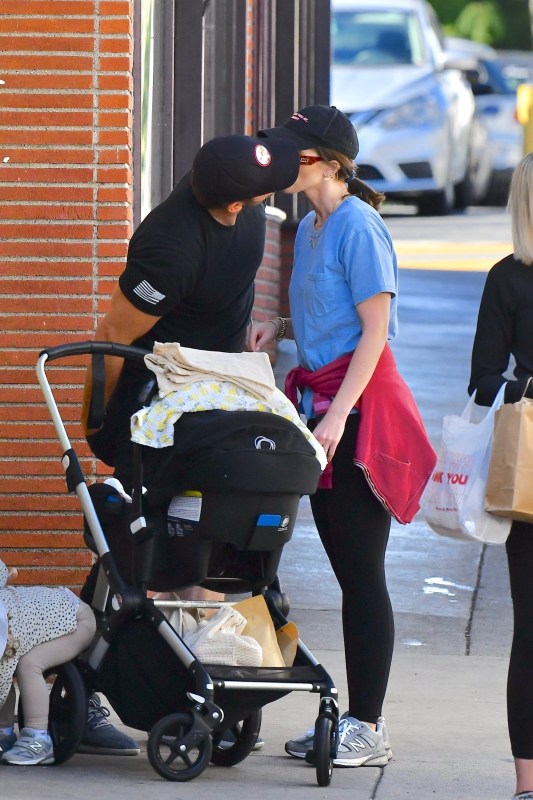