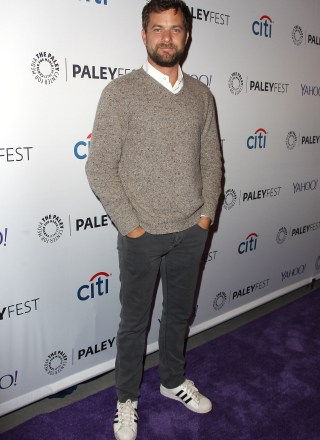 Reverse psychology backfired on this Canadian cutie's casting agent mom. After a few years residing in LA, his parents' bitter divorce (Jackson is his mother's maiden name.), early experimentation with the San Francisco Boys Chorus and Seattle Children's Theatre and a return to his birthplace, the then 9 year old bugged mom to let him audition and she thought the experience would turn him off the biz. Instead, he landed one commercial after another as well as bit parts on "MacGyver." In 1989, he broke into film and had his first screen kiss with Marg Helgenberger in Crooked Hearts. He captained the titular hockey team in The Might Ducks trilogy. While on a break from filming Apt Pupil, he tried out for what would become his most beloved role to date — Pacey Witter on Dawson's Creek. Six Creek seasons enabled him to book a ton of teen movies (Urban Legend, Cruel Intentions, The Skulls) and a SNL hosting gig. He aged into independent films, a West End run in a David Mamet play (2004), Fox's Fringe (2008-13) and currently the racy Golden Globe winner The Affair. Dating actress Diane Kruger since 2006.