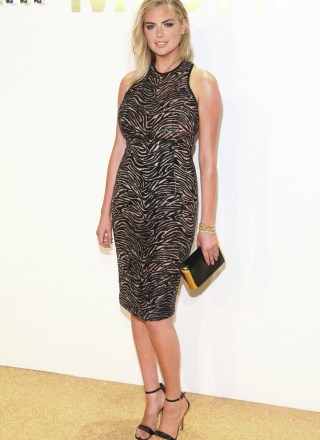 Knockout Kate Upton, an avid equestrian with five national championships, attended a 2008 Miami casting call for Elite Model Management in Miami and was signed the same day. Not long after she moved to New York and her career quickly took off. She has modeled for companies like Guess, Dooney & Bourke, and Victoria's Secret, designed a swimsuit line for Beach Bunny Swimwear, has appeared in Sports Illustrated's infamous swimsuit issue multiple times, and almost broke the internet with her seductive Carl's Jr. commercial and a viral video featuring her busting a move to Rej3ctz's song, "Cat Daddy." More recently, she had small roles in Tower Heist, The Three Stooges remake and The Other Woman. People Magazine's 2014 Sexiest Woman is dating Detroit Tigers' pitcher Justin Verlander. They survived scandal when their phones were hacked and nude photos of them were leaked.