Beyonce and Megan Thee Stallion accept the award for best rap song for "Savage" at the 63rd Annual Grammy Awards at the Los Angeles Convention Center on March 14, 2021.

RELATED: Celebs in bikinis and swimsuits at the beach in 2021

RELATED: Celebs and their cute kids in 2021

Pink and her kids — Jameson and Willow Hart — pose backstage at the Billboard Music Awards at the Microsoft Theater in Los Angeles on May 23, 2021.

Jennifer Lopez and Selena Gomez attend "Global Citizen VAX LIVE: The Concert To Reunite The World" at SoFi Stadium in Inglewood, California, on May 2, 2021.

Prince Harry attends "Global Citizen VAX LIVE: The Concert To Reunite The World" at SoFi Stadium in Inglewood, California, on May 2, 2021.

Hilary Duff, Matthew Koma and their daughters, Mae James Bair and Banks Violet Bair, hit a farmers market in Los Angeles on May 23, 2021.

Jane Fonda attends the 78th Annual Golden Globe Awards, where she received the Cecil B. DeMille Award, at the Beverly Hilton hotel in Beverly Hills on Feb. 28, 2021.

Brad Paisley plays his guitar at the Los Angeles Dodgers vs. Philadelphia Phillies MLB game at Dodger Stadium in Los Angeles on June 15, 2021.

Priyanka Chopra Jonas and Nick Jonas announce the nominees for the 93rd Annual Academy Awards in Los Angeles on March 15, 2021.

Taylor Swift poses in the media room during the BRIT Awards at the O2 Arena in London on May 11, 2021.

Maren Morris and John Mayer perform during the 63rd Annual Grammy Awards at the Los Angeles Convention Center on March 14, 2021.

Lizzo arrives at the 63rd Annual Grammy Awards at the Los Angeles Convention Center on March 14, 2021.

Arnold Schwarzenegger is spotted out and about on a bike ride in Los Angeles on March 8, 2021.

Nicky Hilton Rothschild steps out for coffee in New York City on April 14, 2021, wearing a leopard-print dress and ballet flats.

Sarah Michelle Gellar and her Akita puppy, Kumi, support the Stonyfield Organic #PlayFree initiative at a park in Los Angeles on April 28, 2021.

Kate Upton stays sporty in an Old Navy Powersoft Active set while on a walk with her dog in Palm Beach, Florida, on Jan. 31, 2021.

Anne Hathaway is seen heading to the set of the Apple TV+ series "WeCrashed" in New York City on June 7, 2021.

Carrie Underwood arrives at the Latin American Music Awards at the BB&T Center in Sunrise, Florida, on April 15, 2021.

Lucy Hale is seen going for a walk after getting coffee in Los Angeles on Feb. 8, 2021.

Rumer Willis and mom Demi Moore go to the gym together in Los Angeles on April 5, 2021.

Johnny Depp attends a photocall to present his movie "Minamata" during the BCN Film Festival at Hotel Casa Fuster in Barcelona, Spain, on April 16, 2021.

Phoebe Dynevor arrives at Royal Albert Hall in London in an Audi provided by BAFTA to attend the EE British Academy Film Awards on April 11, 2021.

Duchess Kate and first lady Jill Biden bring carrots to feed the Connor Downs Academy's rescue rabbit, Storm, during a June 11, 2021, visit to the preschool in Hayle, West Cornwall, England, where they spoke about early childhood education, against the backdrop of the nearby G7 summit.

Tom Cruise waves from a train during the filming of "Mission: Impossible 7" in Levisham, North Yorkshire, England, on April 23, 2021.

Zara Tindall and son Lucas attend the Houghton Hall Horse Trials in Norfolk, England, on May 30, 2021.

Jake Paul attends the Lil Wayne in concert ini Miami on May 1, 2021.

Vanessa Hudgens attends the opening of Pharrell Williams' The Goodtime Hotel in Miami on April 16, 2021.

Rachel Zoe celebrates the launch of her CURATEUR summer curation box with specialty Tanqueray Sevilla Orange cocktails in West Hollywood on May 20, 2021.

Kelsea Ballerini and Kane Brown appear on stage together during the CMT Music Awards in Nashville on June 9, 2021.

Bryan Cranston attends the "In the Heights" premiere on the opening night of the Tribeca Film Festival in New York City on June 9, 2021.

Timbaland and Chris Rock attend the opening of The Goodtime Hotel in Miami on April 16, 2021.

Vanilla Ice poses backstage at the "I Want my '90s Back" concert at the Old School Square Pavilion in Delray Beach, Florida, on May 28, 2021. 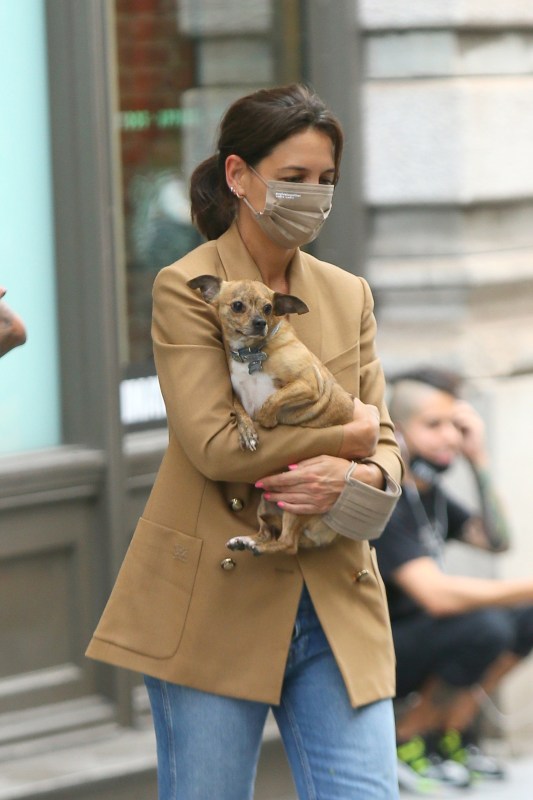