As another of Ben Affleck's romances bites the dust, Wonderwall.com is taking a look back at the A-list actor-director and the women he's loved and lost over the years. Keep reading for the Oscar winner's romance retrospective…

According to multiple media outlets, Ben Affleck romanced high school girlfriend Cheyenne Rothman — who directed the 2004 short film "Release the Cracken" — off and on from 1990 to 1997. She was by his side when he attended the Los Angeles premiere of "Chasing Amy" in early 1997 — the same year he scored his major breakthrough with "Good Will Hunting."

Ben Affleck reportedly met Gwyneth Paltrow through Harvey Weinstein at Miramax's pre-Academy Awards party in early 1997. The duo — who started dating later that year — are pictured with the disgraced movie mogul on March 23, 1997.

Ben Affleck and then-girlfriend Gwyneth Paltrow made their red carpet debut as a couple at the premiere of "Armageddon" (in which he starred) at the Kennedy Space Center in Florida on June 29, 1998.

Ben Affleck and Gwyneth Paltrow co-starred in two films over the course of their off-and-on relationship of about three years. She won an Oscar for her performance as aspiring actress Viola de Lesseps in 1998's "Shakespeare in Love," while he portrayed actor Ned Alleyn. In early 1999, they took home SAG Awards for outstanding performance by a cast for their work in the period drama.

Ben Affleck and Gwyneth Paltrow went on to star in the romantic drama "Bounce," which failed to make an impression with critics or at the box office. They called it quits before the film opened in theaters in November 2000.

Ben Affleck and Jennifer Lopez fell for each other while shooting the 2003 flop "Gigli" in late 2001. By the spring of 2002, they were officially an item — and thus "Bennifer" was born.

On Dec. 8, 2002 — about a month after he popped the question — Ben Affleck and new fiancée Jennifer Lopez made their red carpet debut as a couple at the New York City premiere of her rom-com "Maid in Manhattan."

Jennifer Lopez showed off her massive engagement ring from Ben Affleck at the premiere of "Daredevil" in Los Angeles on Feb. 9, 2003. Harry Winston designed the impressive sparkler, which featured a 6.1-carat rare pink diamond flanked by smaller white diamonds. At the time, it was estimated to be worth a cool $2.5 million. Bennifer planned to tie the knot in Santa Barbara, California, on Sept. 14, 2003, but just days before they were set to exchange vows, they called off the wedding due to "excessive media attention." A few months later, they officially ended their relationship.

Ben Affleck and Jennifer Lopez reunited on screen in the Kevin Smith-directed dramedy "Jersey Girl," which tanked with critics and at the box office. By the time the film opened in theaters in March 2004, they'd already called it quits.

Two years after they appeared in 2001's "Pearl Harbor" (he headlined while she had a small role as a nurse), Ben Affleck and Jennifer Garner co-starred in "Daredevil." When they shot the 2003 superhero flick, she was married to Scott Foley and he was in the midst of his relationship with Jennifer Lopez. After their respective relationships came to an end in 2004, they finally took their relationship to the next level.

Two months after they started dating, Ben Affleck and Jennifer Garner made their public debut as a couple at an MLB game: They were snapped sitting together while watching the Boston Red Sox take on the St. Louis Cardinals during the World Series at Boston's Fenway Park on Oct. 23, 2004.

It was a huge year for Ben Affleck and Jennifer Garner: The duo got engaged in April 2005, tied the knot in June 2005 and welcomed their first child together, daughter Violet, in December 2005. The actor was snapped escorting his visibly pregnant wife to the Creative Arts Emmy Awards in Los Angeles on Sept. 11, 2005, though they declined to pose together on the red carpet. Their second child, daughter Seraphina, arrived in January 2009. They added son Samuel to their brood in February 2012.

A year and a half after they tied the knot, Ben Affleck and Jennifer Garner finally made their official red carpet debut as a couple at the 2007 Golden Globe Awards.

Ben Affleck and Jennifer Garner made their final appearance as a couple at Save the Children's Illumination Gala in New York City on Nov. 19, 2014. Seven months later, the duo released a joint statement announcing that they were ending their decade-long marriage.

In the wake of his breakup from Jennifer Garner, Ben Affleck was linked to Christine Ouzounian, who nannied his three children with the actress. Throughout the summer of 2015, there were conflicting reports about when exactly the Oscar winner and the blonde beauty took their relationship to the next level. The following year, however, Jen told Vanity Fair that she and Ben "had been separated for months" before he and Christine became an item. "She had nothing to do with our decision to divorce. She was not a part of the equation," maintained the "Alias" alum.

For the sake of their three children, Ben Affleck and Jennifer Garner remained close in the wake of their breakup. It wasn't until April 2017 — the same month they were snapped taking their kids to church in Los Angeles — that she filed to legally end their marriage. The following year, amid whispers they might be rekindling their romance, they finalized their divorce. He later called the implosion of their marriage the "biggest regret" of his life.

In July 2017 — three months after Jennifer Garner officially filed for divorce — Ben Affleck started stepping out with Lindsay Shookus. At the time, there were conflicting reports about when exactly they became an item, with some outlets alleging that the A-list actor and the "Saturday Night Live" producer first got together three years earlier while they were both still married to other people. According to some reports, she left her husband, "Late Night With Seth Meyers" producer Kevin Miller, for Ben. People magazine, meanwhile, reported that Jen actually confronted Lindsay in person about her alleged affair with Ben back in 2015.

Things between Ben Affleck and Lindsay Shookus quickly grew serious: They made their Hollywood debut at the 2017 Emmys, during which she was honored for her work producing "Saturday Night Live." But the following summer, the seemingly inseparable duo suddenly called it quits amid a setback in the actor's lengthy battle with substance abuse issues.

In August 2018, Ben Affleck started stepping out with Playboy model Shauna Sexton, indicating that his relationship with Lindsay Shookus had come to an end. The rebound romance proved to be short-lived, though: By October 2018, they'd called it quits.

Ben Affleck and Lindsay Shookus briefly reconciled in early 2019 following his fling with Shauna Sexton. By April 2019, however, they'd called it quits for the second time.

In late 2019, Ben Affleck was seen at a Halloween bash with musician Katie Cherry, prompting reports they'd quietly started dating a few months earlier after meeting on Raya, an uber-exclusive dating app for the rich and famous. At the time, the A-list actor confirmed he was dating and made a joke about Raya — but never specifically confirmed he was on the app or seeing Katie.

Ben Affleck and Ana de Armas fell for each other while shooting their upcoming thriller "Deep Water" in New Orleans in late 2019. They soon took their relationship to the next level, vacationing together in her hometown of Havana, Cuba, in March 2020. After that, they became practically attached at the hip.

Ben Affleck and Ana de Armas spent the first half of 2020 marking several major milestones in their relationship. In mid-March, the A-list actor was snapped joining his new girlfriend as she house-hunted in the Los Angeles area. The following month — as it became clear they were quarantining together amid the coronavirus pandemic — they made their relationship Instagram official: On April 30, the "Knives Out" star shared a slideshow of photos of herself celebrating her 32nd birthday with her beau in the California desert. The happy couple shared their love with the world again when they appeared in the celeb-stuffed music video for Residente's song "Antes Que El Mundo Se Acabe," which debuted on May 14. (They contributed a clip of themselves kissing during Ana's birthday bash.)

As Ben Affleck and Ana de Armas grew increasingly serious in mid-2020, they hit another major milestone: On May 23, they were snapped walking their dogs in Los Angeles with the three children Ben shares with ex-wife Jennifer Garner: Violet, Seraphina and Samuel. It was the first time one of the A-list actor's girlfriends had been seen publicly with his children. Alas, it wasn't meant to be: In January 2021, reports confirmed the couple had split. "She broke it off," a source told People magazine. "Their relationship was complicated." However the source claimed, "This is something that was mutual and something that is completely amicable. They are in different points in their lives; there is deep love and respect there." 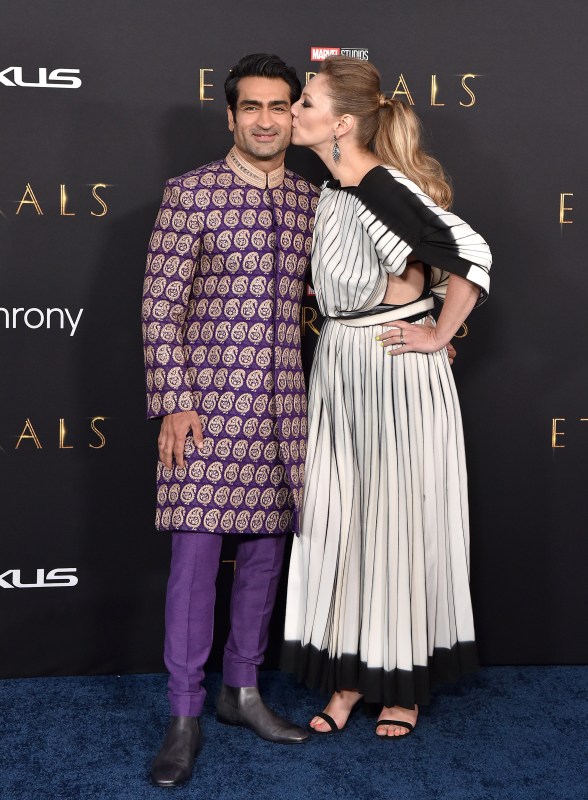