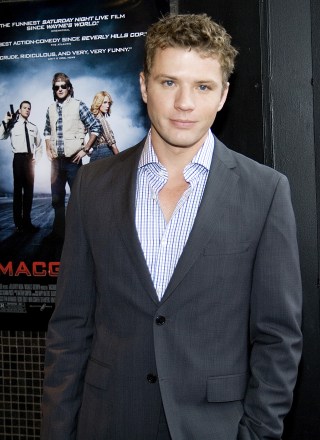 Ryan Phillippe, the best smile winner in high school, started as a teen model in Philadelphia before pushing the daytime TV envelope as a gay character on "One Life To Live" and establishing himself as a go-to pretty boy of the late '90s thanks to roles in "I Know What You Did Last Summer," "54" and "Cruel Intentions," which is the only time he shared the screen with ex-wife Reese Witherspoon. They met at her 21st birthday party in 1997, married and welcomed daughter Ava in 1999, had son Deacon in 2003 and separated in 2006. He moved into more critically acceptable fare like 2000's "Way Of The Gun," 2002's "Gosford Park," 2006's Best Picture winner "Crash" and 2008's "Stop-Loss." He moved on in the romance department with Abbie Cornish (2007-10), Amanda Seyfried (2010-11) and Paulina Slagter (2012 to present). He became a dad again in July 2011 when actress Alexis Knapp, a former flame, gave birth to daughter Kailani.