Emma Roberts is celebrating her 26th birthday on Feb. 10, 2017. In honor of the "Scream Queens" star's special day, Wonderwall.com is bringing you 10 things that you might not already know (but should!) about her. Keep reading for more…

Emma Roberts started acting when she was very young. This is a photo of Emma at the "Blow" premiere in Hollywood on March 29, 2001. She filmed her role as young Kristina Jung in the movie, which starred Johnny Depp, when she was 9.

2. Acting was in her DNA

While you might know that Emma Roberts' aunt is actress Julia Roberts, did you know that Emma's grandma also influenced her acting career? Emma's paternal grandmother was acting coach Betty Lou Bredemus.

3. She loves to read

Emma Roberts is the ultimate bookworm. Not only does she recommend books on her Instagram page, but paparazzi snap her when she leaves book stores. In this shot from January 2016, she was carrying a brown bag of books from Chevalier's Book Store in Los Angeles.

4. She has a new diamond and onyx engagement ring

Let's hope the second time is the charm for Emma Roberts and fiance Evan Peters. Emma has been walking around with this new diamond and onyx ring on her left-hand ring finger. Emma and Evan first got engaged in December 2013 but then called it off in June 2015. In early 2016, the two rekindled their romance. In November 2016, she was spotted with this new ring, leading to reports that revealed the engagement was back on.

Emma Roberts was arrested on July 7, 2013, in Montreal after a "domestic violence incident" involving then-boyfriend Evan Peters. Emma's rep confirmed the incident to "Entertainment Tonight." "It was an unfortunate incident and misunderstanding. Ms. Roberts was released after questioning and the couple are working together to move past it," her rep said.

6. She drinks her coffee the same every morning

Just in case you need to know how Emma Roberts takes her coffee, she's consistent about how she drinks it. "I drink an iced coffee with one Splenda every morning to wake up," she told Us Weekly.

7. She failed her driver's test more than once

You might want to be careful if you ever see her on the road. Emma Roberts had a hard time getting her license. "I failed my driver's test three times," she admitted to Us Weekly.

10. She hasn't worked with her dream co-stars… yet

At this point, Emma Roberts has been in a number of films including "Nerve," "Adult World," "We're the Millers" and "Scream 4″… just to name a few. But there are two stars that Emma really wants to work with in the future. "I would really love to work with Rachel McAdams — I love her. I'm obsessed with all the movies she's been in and I love 'The Vow,' so Channing Tatum too," Emma told The Huffington Post in 2012. "I love both of them, I think they're so good in that movie. I cried like a baby." 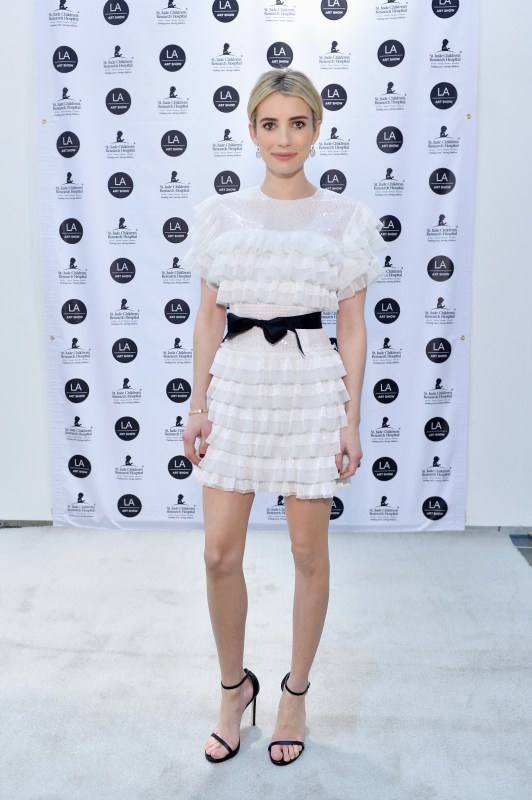 Up Next Everything Emma