One of our favorite shows, "The Americans," returns March 7, 2017, and we can't wait to see what the fifth season has in store! In honor of Keri Russell and crew being back on the small screen, Wonderwall.com is rounding up some pretty interesting facts you might not know about the drama's leading actress. Keep reading to learn more about the real woman behind Elizabeth Jennings!

1. She got an early (and random) start in Hollywood

Keri Russell got an early start in Hollywood. She was part of "The All New Mickey Mouse Club" from age 15 in 1991 to 1993 alongside future stars Ryan Gosling, Justin Timberlake, Britney Spears, Christina Aguilera and JC Chasez. From there, her acting career took off and she landed roles in "Honey, I Blew Up the Kid" in 1992 and on "Boy Meets World" in 1993. She also randomly landed a gig in a Bon Jovi music video in 1994!

2. Her hair once incited some major controversy

She has very powerful hair! When she starred on The WB's "Felicity," Keri Russell's curly locks were her signature. So much so that when she chopped all her hair off during the second season, it affected ratings! Whether or not it was actually due to the show changing nights or because of Keri's new super-short 'do, the world will never know. But one thing is certain — that haircut certainly changed things at The WB. The president of the network said in the wake of the ratings drop, "Nobody is cutting their hair again on our network."

RELATED: "Felicity" cast: Where are they now?

3. She has a Golden Globe

She's a Golden Globe winner! "Felicity" was met with such critical success that Keri Russell nabbed a best actress statuette in 1999 for her work on the first season. "Encouraging is the word that comes to mind more than thanks," a then-22-year-old Keri exclaimed during her sweet, surprised acceptance speech.

She's no stranger to dating co-stars! In fact, she's made a habit of doing it. Keri Russell dated her "The All New Mickey Mouse Club" co-star Tony Luca in the early '90s and dated Scott Speedman when they starred on "Felicity" together. She's currently with her "The Americans" co-star Matthew Rhys, whom she started seeing in late 2013 after splitting from her husband of seven years, Shane Deary.

5. She almost starred in an iconic movie

Could you picture Keri Russell as Cher Horowitz?! Keri was up for the "Clueless" leading role back in the '90s but lost out to Alicia Silverstone. "The one that — she was in that show and she cut her hair and everybody was mad? Keri Russell, yes," writer-director Amy Heckerling confirmed when asked about the star potentially playing Cher.

Keri Russell's favorite method of transportation? A bike! The star can often be spotted bicycling around New York City, where she's often snapped by paparazzi!

After finding fame as "Felicity" from 1998 to 2002, Keri Russell decided to take some time for herself. After a year-and-a-half-long break, she transitioned to the stage. In 2004, she made her Off-Broadway stage debut in a play called "Fat Pig" alongside Jeremy Piven and Andrew McCarthy.

9. She loves to read

She's a total bibliophile! Keri Russell opened up about her love of books to Mom.me, sharing, "When I was younger, my obsession was less Jane Austen and more Nancy Drew, which I feel like I'm still obsessed with — a teenage detective. I read every single one of those books." But when asked who she'd pick — Mr. Darcy, Ben or Noel — Keri had a tough time deciding. "Can't I have them all?" We wish, girl!

Keri Russell is a busy mom of three! She has two children with ex-husband Shane Deary — son River, born in 2007, and daughter Willa, born in 2011. And she welcomed her third child, son Sam, with boyfriend and co-star Matthew Rhys in 2016. 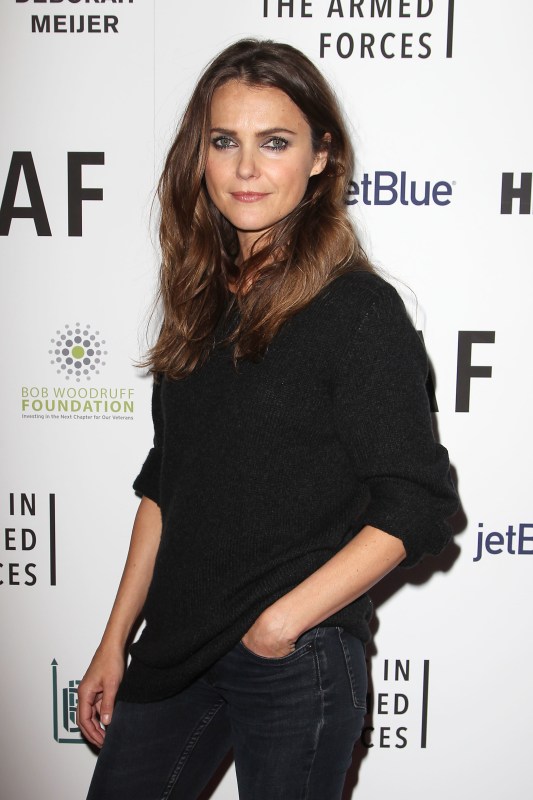 Up Next Keri facts