The "Get Shorty" TV series debuts on EPIX on Aug. 13, 2017. Ray Romano stars as Rick Moreweather, a washed-up Hollywood filmmaker, on the television adaptation of Elmore Leonard's 1990 novel of the same name — which was first made into a movie back in 1995. Wonderwall.com is taking a look back at the beloved funnyman's biggest career moments in honor of his latest project. Keep reading for Ray's greatest hits…

Ray Romano cut his teeth in comedy by competing in the Johnnie Walker National Comedy Search in 1989 and 1990. He also performed stand-up on "The Tonight Show Starring Johnny Carson," on "The Tonight Show with Jay Leno" (pictured in 1994) and on the "Late Show with David Letterman" and appeared on several comedy specials, as well as on "Star Search," on which he competed in the stand-up comedy category.

Between 1995 and 1997, Ray Romano had one of his very first consistent gigs: He voiced a character named Ray on several episodes of the Comedy Central animated series "Dr. Katz, Professional Therapist." The cartoon centered around a therapist to the stars (pictured) voiced by Jonathan Katz.

In 1996, "Everybody Loves Raymond" debuted on CBS. Ray Romano wrote, produced and starred on the family sitcom for nine seasons until 2005.

The Hollywood Foreign Press Association recognized Ray Romano in 2000. He earned his first Golden Globe nomination that year in the best actor in a comedy series category for his work on "Everybody Loves Raymond." (He scored his second nomination in the same category the following year.)

In 2002, Ray Romano scored a Grammy nomination for his comedy album "Live at Carnegie Hall."

The "Ice Age" franchise debuted in 2002. Ray Romano has voiced Manny the mammoth in four more movies since then, most recently in 2016's "Ice Age: Collision Course."

During the eighth season of "Everybody Loves Raymond" in 2003, Ray Romano reportedly signed a deal to make $1.8 million per episode, which at the time made him the highest earning television actor in TV history. (It took more than a decade for Charlie Sheen to break Ray's record with his staggering "Anger Management" paycheck.)

Ray Romano made his first on-screen appearance in a feature film in 2004's "Welcome to Mooseport," in which he starred as a local plumber running for mayor against a former U.S. president.

In 2005, Ray Romano released "Raymie, Dickie, and the Bean: Why I Love and Hate My Brothers," a picture book for kids based on his relationship with his two brothers. The following year, he earned a Grammy nomination (his second) for Best Spoken Word Album for Children for the recording of him reading the book aloud.

"Men of a Certain Age" debuted on TNT in late 2009, more than four years after "Everybody Loves Raymond" went off the air. Ray Romano created the hour-long dramedy, which he also wrote, produced and starred on alongside Andre Braugher and Scott Bakula as three middle-aged best friends. But TNT cancelled the series after just two seasons despite overwhelmingly positive reviews. ("Men of a Certain Age" has a 94 percent fresh rating with critics on Rotten Tomatoes.)

Ray Romano joined the cast of "Parenthood" during its fourth season in 2012. He starred as Hank Rizzoli until the series concluded in early 2015 after six seasons on the air.

Ray Romano's next television endeavor, "Vinyl," debuted on HBO in February 2016. But the expensive '70s-set drama received mixed reviews from critics — though it has a 77 percent fresh rating on Rotten Tomatoes — generally failing to live up to the high expectations that had been set for it. HBO initially ordered a second season of "Vinyl" but ultimately passed on moving forward with the show following its 10-episode first season.

Ray Romano starred alongside Holly Hunter and Kumail Nanjiani in the hit 2017 dramedy "The Big Sick," which is based on the real story of how the "Silicon Valley" star fell in love with his wife and bonded with her parents when she suddenly slipped into a coma early in their relationship. The movie has a 98 percent fresh rating with critics on Rotten Tomatoes, making it by far the highest rated film in which Ray has appeared so far in his career. 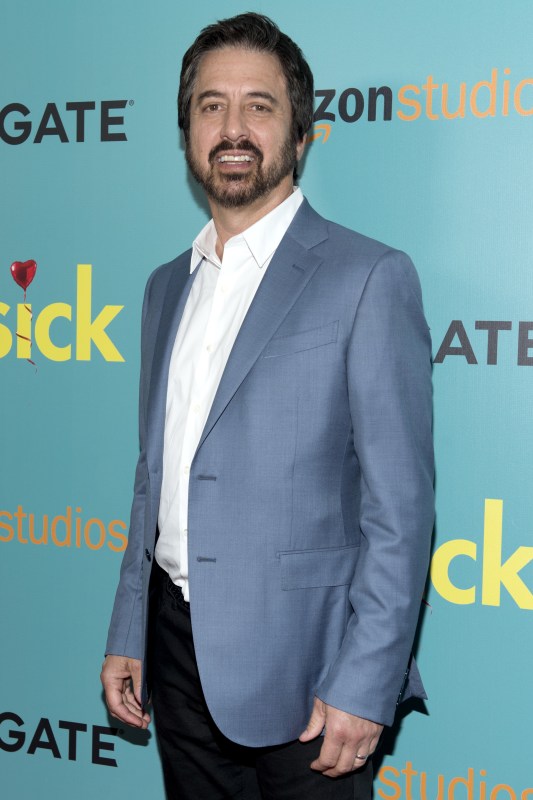 Up Next Everybody Loves Ray