The 2016 Olympic Summer Games in Rio de Janeiro are fast approaching — they're set to begin on Aug. 5 — and we can't wait to see the intense displays of athletic ability. It's those same skills that have earned a ton of Olympic medal holders millions of buckaroos. The top honor currently goes to 1996 Atlanta Summer Olympics bronze medalist boxer Floyd Mayweather Jr., who's justified in calling his squad "The Money Team" considering he has a reported net worth of $400 milly (with an income of $300 million in 2015 alone). Keep reading to check out more winning Olympians with the most jaw-dropping salaries and estimated net worths.

Kobe Bryant may have retired from the NBA in 2016, but that hasn't seemed to affect his super-high net worth after 20 years of being the star player for the Los Angeles Lakers. He's estimated to be worth $320 million, and in 2016, Forbes reported that he raked in $50 million between his big-time player salary and his many endorsement deals. He's not only won five NBA championships, but also lead his Olympic teams to gold medals during the 2008 Beijing games and the 2012 London games. Mamba out!

Tennis pro Roger Federer scored a gold medal playing doubles in the 2008 Beijing Olympics, and a solo silver medal at the 2012 London Olympics. But his fame has risen far higher than just a few medals, as he's currently listed as the No. 3 tennis player in the world. In 2016, Forbes ranked him the fourth highest-paid athlete with combined earnings — including his many endorsements — of $67.8 million. And the Huffington Post reports his net worth overall to be $320 million.

RELATED: The Magnificent Seven gymnastics team: Where are they now?

LeBron James has a lot more to be happy about besides his net worth, estimated to be around $223 million. He recently won his third NBA Championship in 2016 with the Cleveland Cavaliers! This year, Forbes estimated that he made $77.2 million, with $54 million of that just from endorsements. He has his own signature shoe and a lifetime contract with Nike, may we add. On top of all of that, he has three Olympic medals: a bronze from the 2004 Athens games, a gold from the 2008 Beijing games and another gold from the 2012 London games.

Soccer star Lionel Messi is about tied with NBA pro LeBron James with an estimated net worth of $223 million. Forbes reports that he raked in $81.4 million in 2016, between his salary playing for Spanish club Barcelona and his endorsements. He brought his team to gold victory during the 2008 Beijing Olympics.

NBA player Kevin Durant won gold for his basketball team in the 2012 London Olympics. As of 2016, he's reported to have a new net worth of a whopping $150 million, between his new $54.3 million contract with the Golden State Warriors and all of his endorsements. In 2016, Forbes reports that he made $56.2 million while still playing for the Oklahoma City Thunder.

Serena Williams is worth a whopping $145 million, according to the Huffington Post, with all of her tennis championships prize money and endorsement deals combined. It makes sense, seeing as she has four Olympic gold medals to her name too — one from the 2000 Sydney Olympics, another from the 2008 Beijing Olympics and two from the 2012 London Olympics. The veteran player has continued to slay on the tennis courts and has no intention of slowing down.

Tennis star Novak Djokovic took home a bronze medal in the 2008 Beijing Olympics, but he's obviously had a slew of wins on the court in other championships too. So many, in fact, that he's worth $140 million, according to the Huffington Post. After all, he's ranked No. 1 in the world right now.

Maria Sharapova is worth a reported $125 million big ones thanks to her tennis prowess and endorsement success. She won her first Olympic medal in the 2012 London games, earing a silver playing singles. According to Forbes, in 2016 — despite being handed a two-year ban by the International Tennis Federation for doping — she still made $21.9 million.

Rafael Nadal, Roger Federer's biggest competitor, won a big fat gold medal in the 2008 Beijing Olympics. Not to mention that he's won the French Open three times. No biggie! According to the Huffington Post, he's worth an estimated $120 million, and in 2016, he was reported to have earned $37.5 million.

2015 was a huge year for Caitlyn Jenner after she publicly came out as a transgender woman. But this isn't her first rodeo: Bruce Jenner was used to the attention as a star on the reality show "Keeping Up with the Kardashians" — and as a gold medal winner in the men's decathlon in the 1976 Montreal Olympics. Her worth is reported to be $100 million, between her past endorsements, speaking engagements and E! show "I Am Cait."

NBA star Carmelo Anthony has won a bunch of medals as part of the men's national team in the Olympics — a bronze medal at the 2004 Athens games, a gold medal at the 2008 Beijing games, and another gold at the 2012 London games. Forbes estimates that he made $30.9 million as a New York Knicks player in 2016, and his estimated net worth is closer to $90 million.

Sprinter Usain Bolt, who's from Jamaica, has won an insane amount of gold medals — six to be exact — in the Olympics. He pretty much deserves every penny of his hard-earned net worth, estimated at $60 million. In 2016, Forbes reported that he made $32.5 million, with only $2.5 million coming from track and the rest all from endorsements.

Swimmer Michael Phelps holds the record for being the most decorated Olympian of all time. He's won 22 medals during three different Summer Games: in 2004, 2008 and 2012. And 18 of those are G-O-L-D. So having a reported net worth of $55 million is well-deserved. Can he get a gold medal for that too? 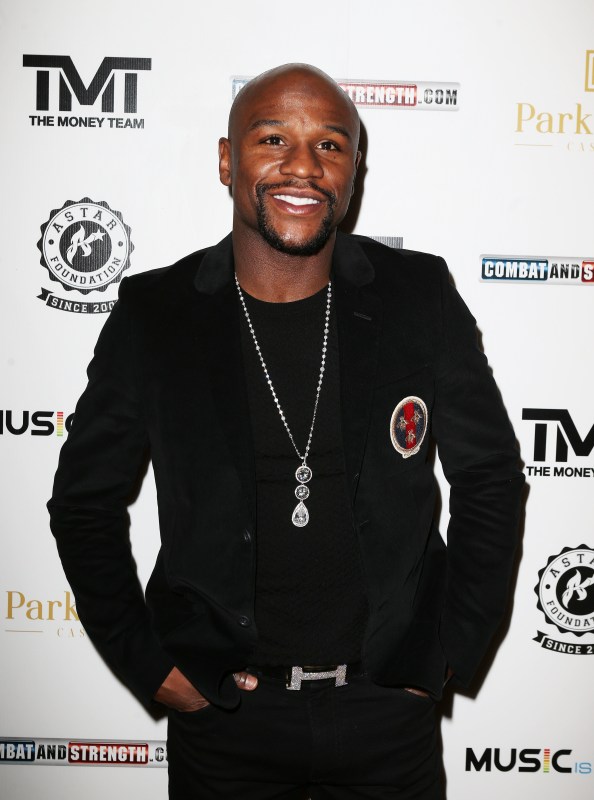