In recent years, Tessa Thompson has become a full-fledged leading lady — she's now starring opposite her old "Thor: Ragnarok" buddy Chris Hemsworth in "Men in Black: International," which hits theaters on June 14, 2019. In honor of her role in the wildly popular alien movie franchise (the first installment came out 22 years ago!), Wonderwall.com is getting to know the 35-year-old Los Angeles native a little better. Keep reading to learn a little more about Tessa…

RELATED: "Men in Black" actors: How their lives have changed

1. She went to college but didn't follow through on her first plan

Tessa Thompson went to college — but not to study acting. The "Avengers: Endgame" star graduated from Santa Monica College with a degree in cultural anthropology. Though she'd decided to pursue acting as a career by the time she left, originally, she planned to join the Peace Corps after finishing school.

2. She's not the only performer in her family

Tessa Thompson has acting in her genes. Her grandfather, Bobby Ramos, was a Mexican-American actor and musician who appeared in movies in the 1940s and 1950s.

3. She's got music in her genes too

Beyond Tessa Thompson's grandfather, she's also been influenced as a performer by her father, musician Marc Anthony Thompson. "When I'm feeling down, I listen to my father's band, Chocolate Genius Inc," the "Selma" actress told Essence. "It reminds me of home."

4. She makes music herself

While Tessa Thompson clearly has a passion for acting, she also loves making music. Like her father, she's in a band. She sings for the underground electro-soul group "Caught a Ghost," which released debut album "Human Nature" in April 2014.

5. She has cool friends

Tessa Thompson combined her love of music and acting when she appeared in Janelle Monae's "Yoga" music video in 2015 as a backup dancer. Their friendship quickly grew and a month later, she and Janelle wore color-coordinated outfits to the MOCA gala in Los Angeles. A few months after that, Tessa presented Janelle, a longtime LGBTQ advocate who's since publicly revealed that she identifies as pansexual, with the equality award from New York City's Lesbian, Gay, Bisexual & Transgender Community Center.

6. She believes love is love

Tessa Thompson's relationship with Janelle Monae has long been the subject of speculation that the two are involved romantically. Thompson spoke about her sexuality in a 2018 interview with Porter in which she explained, "I can take things for granted because of my family — it's so free and you can be anything that you want to be. I'm attracted to men and also to women. If I bring a woman home, [or] a man, we don't even have to have the discussion."

7. She got her start on the theater stage

In 2002 at 18, Tessa Thompson made her first foray into acting. She appeared in William Shakespeare's "The Tempest" with the Los Angeles Women's Shakespeare Company. She owes a lot to the Bard: The next year, she went on to win the lead role in Theatre @ Boston Court's inaugural "Romeo & Juliet," which was set in 1836 in antebellum New Orleans. She was nominated for an NAACP Theatre Award for her performance.

8. Her first TV role was a weird one

Three years after making her stage debut, Tessa Thompson landed her first TV gig. She played a bootlegging lesbian from the 1930s on a 2005 episode of CBS's "Cold Case."

9. She has a multicultural background

Tessa Thompson's astounding good looks come from her diverse ethnic background. She is of African-Panamanian descent on her father's side, while her mother brings in a mix of Mexican and European ancestry.

Before Tessa Thompson became the fashion star she is today, she was bullied in school growing up. "One school in particular was really racist, and I was having a lot of trouble with being bullied," she recalled to Porter. "Kids just make do, they're pretty resilient, but my mom really wasn't OK with it." 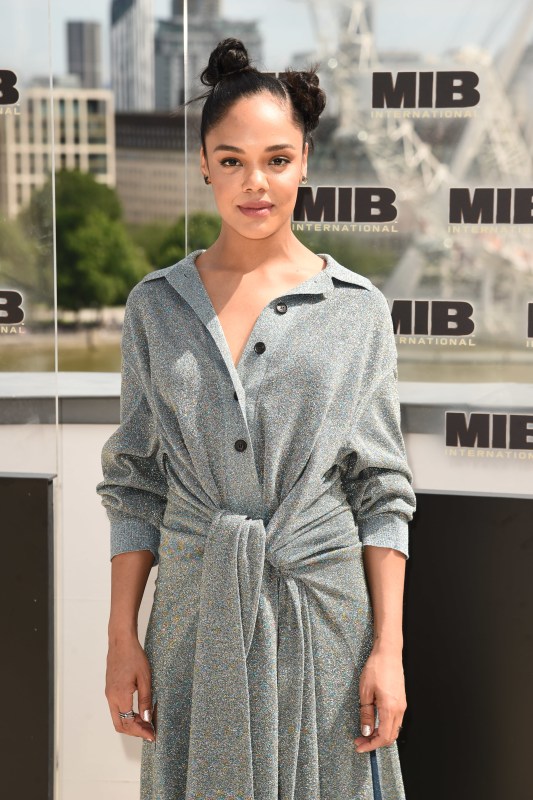