Brad Pitt's love life is not as busy as the tabs would have us believe. Over the last few days, rumors the actor is dating MIT professor Neri Oxman and/or jewelry designer and holistic healer Sat Hari, have both been put to rest, courtesy of the New York Times and Gossip Cop. Neri, who was linked to Brad in the spring, recently spoke to the New York Times, telling the paper she is dating hedge funder William A. Ackman — not Brad, though she did heap praise on the star, calling him "the last of the Mohicans in post-Netflix Hollywood," and applauding his ability to bring "together the timely and the timeless … which is what cinema is all about." Gossip Cop, meanwhile, broke down the Sat Hari rumors, which surfaced after the jeweler attended a benefit event for the Silverlake Conservatory of Music last weekend. The website reports that Sat and Brad are both simply friends with the Red Hot Chili Peppers' drummer, Flea, who, along with the Chili Peppers, founded the the event.

"Friends forever." That's how Mandy Moore captioned one of multiple photos with her ex, Wilmer Valderrama, that she shared from the 2018 Veuve Clicquot Polo Classic in Los Angeles on Saturday, Oct. 6. The pair dated from 2001 until 2002 and have mostly stayed pals, except for a moment in 2006 when Wilmer told Howard Stern — incorrectly, according to Mandy — that he had taken her virginity during their romance. She's since said they've moved past it, which still appeared to be the case in pics she shared over the weekend. Other stars at the polo match included Olivia Wilde, Garcelle Beauvais, Rumor Willis and cast members from Mandy's show, "This Is Us," according to E! News.

RELATED: Stars who are still friendly with their exes

Kourtney Kardashian, 39, seems to have a new love interest. After splitting from her 24-year-old model ex, Younes Bendjima, the mother of three was spotted on a double date with Luka Sabbat, 20, plus Kendall Jenner and her date, Anwar Hadid, over the weekend. The foursome went to Soho House in Malibu, according to TMZ, which notes Kourtney's been spending more and more time with the much younger "Grown-ish" actor. Neither of the two have confirmed whether they're dating.

Newlyweds — and, if the Internet is to be believed, potential parents-to-be — Justin Bieber and Hailey Baldwin will be chilling in the valley when they're in the Los Angeles area for the next year or so. According to TMZ, Justin recently signed a lease for a $100,000-a-month rental in theSan Fernando Valley. The nearly 6,000-square-foot pad features four bedrooms and seven baths, plus lake-front views. Although he reportedly bought a new mansion outside of Toronto last month, he's tended to rent his homes in Los Angeles for the past few years.

In "American Son," the new Broadway play Kerry Washington produced and stars in, the "Scandal" actress plays a mother looking for information about her missing son. As she explains in Marie Claire's November cover story, working in theater again has allowed her to focus more on her own, real-life role as a mom to the two kids she shares with her husband, Nnamdi AsomughaI. "I love being with my family," she says. "My days off look like homework, reading and watching stuff. Just hanging out, doing things we love to do." The 41-year-old, who rarely discusses her personal life in public, also explained how motherhood helps her learn to be a better person every day. "My children are my teachers," she explains. "We get sent by God the kids we need so we can grow in order to be the parents they need us to be. The children I got sent came in perfect, and I have to figure out how to grow and evolve so that I can support the truth of them. I'm in a constant state of learning and challenging myself to make room for their perfection and beauty."

Lady Gaga's ex is all for her foray into the big screen with her new film, "A Star is Born." "I'll tell you that I'm really proud," Taylor Kinney told Entertainment Tonight over the weekend. "I don't know. It's watching someone live their dream, so, continued success and I hope it keeps climbing," he continued, adding that, "the sky is the limit" when it comes to Gaga's potential success and that she's "always inspiring" to him. Gaga, who's been dating CAA agent Christian Carino for the past year and a half, was engaged to the "Chicago Fire" star until 2016. They have both said they've remained friends.

Iggy Azalea has had to cancel another tour. According to E! News, Live Nation pulled the plug on Iggy's five-week, 21-city Bad Girls Tour because of "unforeseen circumstances." Like the last time she canceled a tour, which was in 2015, Iggy and her team offered little in the way of explanation for the change. "Believe me, I was really excited for this tour, and I'm genuinely disappointed it can't happen this year. The choice was out of my hands and not call to make. I hope I will get to see you all in person one day. I love you," she tweeted over the weekend. "All I can do is keep pushing, keep recording and keep a smile on my face."

Chris Cornell has been memorialized at the Museum of Pop Culture in Seattle. On Sunday,. Oct. 7, the late Soundgarden singer's family and former bandmates helped unveil a statue of the singer and guitarist, according to the Daily Mail. Surrounded by her children, Toni, Lillian, and Christopher, Vicky handled the unveiling, telling the crowd that had gathered that her husband was "the voice of a generation, and an artist that continues to draw us closer together, forever." The bronze statue shows the rocker clad in the dog tags and boots he was known for wearing, with one hand raised in the air. Chris was found dead in a hotel room in Detroit in May of last year. His death was ruled a suicide, although his family maintains any suicidal thoughts he had were likely the effects of his prescription for Ativan.

Lil Wayne fans in Atlanta had a serious scare on Sunday, Oct. 7, after someone in the audience yelled "shots fired," causing a mass of chaos and confusion in the crowd. Weezy was performing at the A3C Festival when the alert was sounded, causing people to be injured as they tried to escape to the nearest exit. Speaking to People, the Atlanta Police Department said a handful of concert-goers were hurt despite the lack of evidence someone had actually opened fire. "There have been approximately twelve minor injuries reported to police such as ankle injuries and lacerations from attempting to jump fences," the statement read. "It appears that someone in the crowd at the event located in the area of Martin Luther King Jr. Dr. and Central Ave. yelled that they heard gunshots. This caused people at the event to attempt to flee the location." It wasn't the first scare for Wayne and his fans in Atlanta; the rapper's tour buses were shot at back in 2015.

Billy Bush is thinking about the events that triggered his career downfall. "Two years ago today, my life went from order to chaos in a dramatic instant," he posted on Instagram this week, according to Page Six. "I accounted for my small part, while the President and my employer walked away and still haven't accounted for their actions," he continued, referring to the leak of tapes that featured Donald Trump saying he grabbed women by their privates and got away with it because he's "a star." "These past couple years have been character building to say the least – anxiety attacks, fits of rage, feelings of betrayal and abandonment – and I have concluded that I am NOT extraordinary. Terrible things can happen at any moment to ANYONE. On the positive side, I feel grateful to know adversity as intimately as I do, and to have developed more empathy, humility and resilience. And to know you can laugh even in the darkest hour is a blessing. Especially at yourself." He ended his post with this thought: "I have an idea. Let's stop tolerating this escalating war on flaws and the obliteration of people for things we all do," he continued. "It's fueled by an activist media and (anti) social media and it's barbaric. We are humans and thus fallible. Let's take better care of each other." 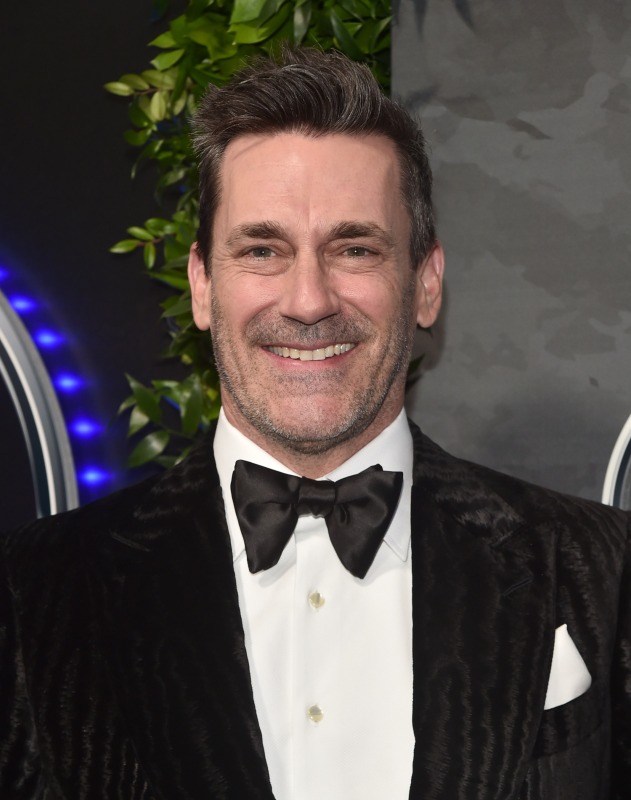