Are Ryan Gosling and Eva Mendes really calling it quits? One of this week's tabloids claims the couple is splitting following months of nonstop fighting. Gossip Cop can debunk the phony report. 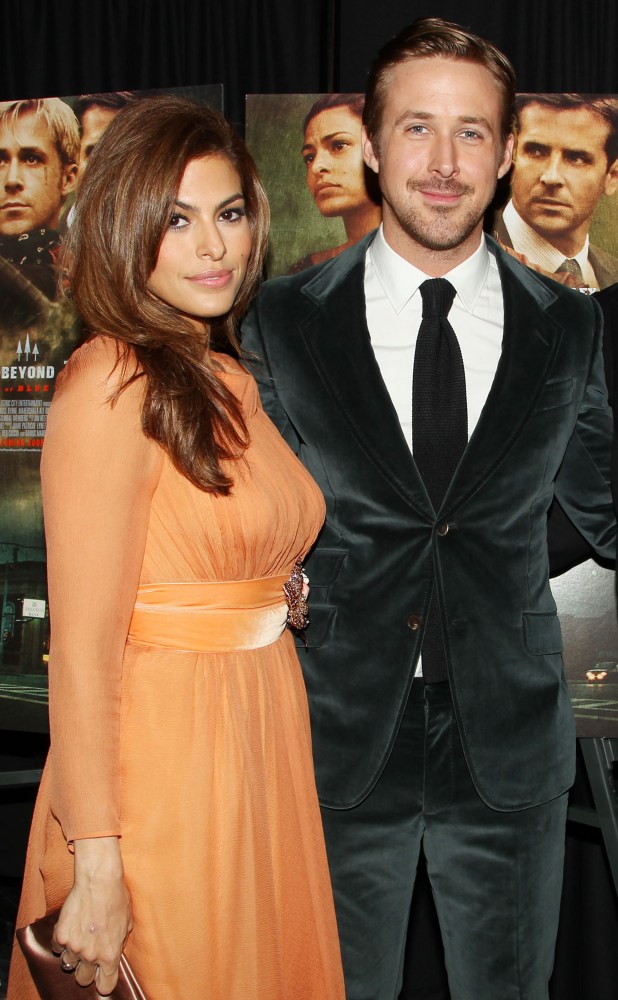 According to Star, the actor and the actress have been putting up a united front for their two young daughters, but they've "finally reached the breaking point" and a breakup is imminent. One of the major issues, says the magazine, is Gosling's friendship with his First Man co-star Claire Foy, who split from husband Stephen Campbell Moore last year.

"Eva is extremely possessive and jealous of every woman Ryan works with, but in her mind, the timing of Claire's separation was really suspicious," a supposed source tells the outlet. "One time, Ryan was going on about how talented Claire is, and Eva got furious and demanded to know what was going on." The alleged insider further contends that Gosling tried to assure Mendes he's just friendly with Foy, but she wasn't hearing it.

"After that, he had to walk on needles around her," adds the questionable tipster. "But whenever Eva so much as heard Claire's name being mentioned, her jealousy just flared up all over again." Another point of contention, according to the tabloid, is Gosling's supposed refusal to have a third child.

"Eva's been aching for one more, but he insists they have their hands full already," says the seemingly phony source. "Eva might be thinking another baby would keep them together, but Ryan won't budge." The so-called "insider" further contends that Mendes will likely "go after his money, spousal and child support, the house, furniture and everything." The tipster also maintains "there could be a hell of a custody battle" between the couple, whose relationship is "as good as done."

The magazine's account of the couple's relationship is completely untrue. Earlier this month, in fact, Gosling and Mendes were spotted in Los Angeles shopping for flowers on Valentine's Day. Still, Gossip Cop checked in with a source close to the situation, who wasn't able to speak on the record, but assures us the tabloid's story is false.

It's worth noting, Star came up with a very similar premise back in March 2017, but in that instance, Gosling and Mendes were supposedly splitting over Emma Stone. This latest article swaps out the actor's La La Land co-star for his First Man co-star, but it's no more accurate. Last June, the tabloid's sister outlet, OK!, wrongly reported that Gosling and Mendes were expecting twins. That narrative was no more realistic. The gossip media simply has no insight into the couple's relationship, which is still going strong.