Jennifer Aniston posts shirtless pic of her 'one of a kind' ex, Justin Theroux, on his 50th

The love-fest continues for friendly exes, Jennifer Aniston and Justin Theroux. In honor of Justin's 50th trip around the sun this week, Jen shared a pair of adorable photos of her onetime husband, along with a sweet reminder of how much he means to her. Hopping on her Instagram Stories on Aug. 10, Jen posted one pic of Justin looking dapper in a suit and making a coy expression at the camera beside his pup, Kuma. "Happy Birthday JT," Jen captioned the shot. In a second post, Justin was shirtless and making a slightly more ridiculous, Zoolander-meets-pseudo rock face while wearing a tennis visor. "Truly one of a kind. LOVE YOU!" Jen wrote on the pic. The two announced their split back in 2018 after seven years together, but have stayed close friends since then — a fact they don't really bother to hide. Justin generally shows up in Jen's pre-Thanksgiving Day meal party pics, and Justin always posts loving messages for "The Morning Show" star on her birthday, as he did earlier this year when she turned 52. "We don't talk every day, but we call each other," Justin said of their relationship in the April 2021 edition of Esquire. "We FaceTime. We text. Like it or not, we didn't have that dramatic split, and we love each other. I'm sincere when I say that I cherish our friendship. … We can not be together and still bring each other joy and friendship."

Christina Applegate's friends and colleagues are supporting the star this week after she revealed on Twitter that she's been diagnosed with multiple sclerosis. Christina, 49, announced the news on Aug. 10, telling Twitter followers she was diagnosed a few months ago. "It's been a strange journey. But I have been so supported by people that I know who also have this condition. It's been a tough road. But as we all know, the road keeps going," she shared, before quipping, "Unless some a—— blocks it." Selma Blair, who was diagnosed with MS in October 2020, replied by writing, "Loving you always. Always here." She lightened the mood a bit by adding, "As are our kids. Beating us up with love." Mark Duplass chimed in as well, telling Christina, "All my love to you." Josh Gad, meanwhile, asked his own followers for help in supporting the "Married With Children" alum. "I don't know a stronger, braver and more courageous person than ⁦@1capplegate⁩," Josh posted. "She will not be defined by this diagnosis and she will overcome any obstacle thrown her way. Asking everyone to send lots of love and positivity my friend's way." Later in the day, Christina posted again to request a little space. "As one of my friends that has MS said 'we wake up and take the indicated action.' And that's what I do. So now I ask for privacy. As I go through this thing. Thank you xo," she wrote. "Be where your [Footprints] are," Jamie Lee Curtis replied in the comments. "My hand in yours. X"

Ahead of her 40th birthday on Sept. 4, Beyonce's ready to help usher in some musical healing for the world. Speaking to Harper's Bazaar for the magazine's September 2021 cover story, the singer, philanthropist and Ivy Park entrepreneur revealed she's "been in the studio for a year and a half" and "new music is coming," though she didn't share any release details. "With all the isolation and injustice over the past year, I think we are all ready to escape, travel, love, and laugh again," Beyonce mused. "I feel a renaissance emerging, and I want to be part of nurturing that escape in any way possible." Though she admits it's been a lot of work to nail everything down — "sometimes it takes a year for me to personally search through thousands of sounds to find just the right kick or snare," Bey explains — she still finds "there's nothing like the amount of love, passion, and healing that I feel in the recording studio." As for her upcoming new decade, the mother of three said she's ready to enjoy life and relax a bit more going forward. "I have paid my dues and followed every rule for decades, so now I can break the rules that need to be broken," Beyonce said. "My wish for the future is to continue to do everything everyone thinks I can't do."

"Bachelorette" star Katie Thurston is officially a bride-to-be! The Bachelor Nation fan favorite accepted Blake Moynes' proposal on the show's finale on Aug. 9 — she also accepted a 3-carat, oval shaped diamond engagement ring. "[It] just fits my personality," Katie said on the "After the Rose" special. "It's simple and it's elegant — and not too flashy. When I saw it, I just realized, 'Wow, Blake knows me so well.'" Set in a platinum band, the ring also features "a hidden halo of 90 smaller diamonds," according to People's interview with jeweler Neil Lane, who worked with Blake to find just the right sparkler. Katie, who previously appeared as a contestant on Matt James' season of "The Bachelor," also revealed on "After the Rose" that she didn't tell her relatives her happy news before the show aired because she "didn't trust them to keep a secret."

On Aug. 10, once popular New York Governor Andrew Cuomo began the process of ending a scandal that seems poised to end his political career, as well. After a report from the Attorney General determined he was guilty of sexually harassing 11 women, the governor formally announced his resignation, though he has continued to deny the allegations. "I think given the circumstances the best way I can help now is if I step aside and let government get back to government – and therefore that's what I'll do," he said in his statement. Reactions from A-list New Yorkers on social media was mixed. "Regardless of what you think of Cuomo, this is a tragic day," Alec Baldwin posted. "Party politics in this country draw ambitious but ultimately isolated, even socially maladjusted men and women who, given the current cancel culture, will likely have their shortcomings exposed and magnified." Cynthia Nixon pointed out that the harassment allegations surfaced "years ago," and said, in part, "It should've never required 11 different women to come forward to finally acknowledge how fundamentally unfit he is for the highest office in NYS. … This is the start of accountability, but more needs to be done to keep women safe…" Ellen Barkin chimed in to remind Americans that, "… the ex president stands accused of rape, retaliation, violent sexual abuse… and insurrection.," then asked, "Why is he still walking?" Andy Richter, meanwhile, posted, "And like… clockwork, Cuomo's blowing up my phone trying to get booked on my podcast."

Amid ongoing talk of his probable future hosting role on "Jeopardy!," the show's executive producer, Mike Richards, confirmed that he's been asked to "consider hosting the show." The purpose of his internal memo, which a rep for Sony made public, according to CNN, appeared to be more about backlash related to two discrimination and harassment lawsuits he faced while producing "The Price Is Right," though. "I want you all to know that the way in which my comments and actions have been characterized in these complaints does not reflect the reality of who I am or how we worked together on 'The Price is Right,'" he said in the statement, referencing allegations one of the models who sued him did so on grounds he allegedly mistreated then wrongfully terminated her after she became pregnant, Mike continued: "I know firsthand how special it is to be a parent. It is the most important thing in the world to me. I would not say anything to disrespect anyone's pregnancy and have always supported my colleagues on their parenting journeys." In conclusion, he wrote, "it is truly an honor to get to work with all of you to produce this amazing show, and I look forward to the days ahead as we get back into production." Per CNN, the new season of "Jeopardy!" is slated to premiere next month. A series of guest hosts filled in following Alex Trebek's death in November 2020. Fans on social media have complained they thought one of the more popular celebs who took on that role would be a shoe-in for the permanent gig — not the show's executive producer.

Duane "Dog the Bounty Hunter" Chapman has confirmed he and Francie Frane are set to tie the knot in just a matter of weeks. During an appearance on the "Two Guys from Hollywood" podcast this week, the reality star revealed he and Francie will say "I do" on Sept. 2. Though he didn't share details about the wedding venue, he did joke that "it costs a lot to get married." The "Dog's Most Wanted" star got engaged to Francie in May 2020 after losing his wife, Beth Chapman, following her long struggle with cancer. Francie's late husband died of the same disease a year earlier, and while that likely helps them both move on together, Dog has admitted in the past that he went through a phase where he "felt very bad about even wanting to have someone else after Beth." He said he took solace in reading a passage from the Bible that essentially says it's not in God's plan for anyone to be alone. 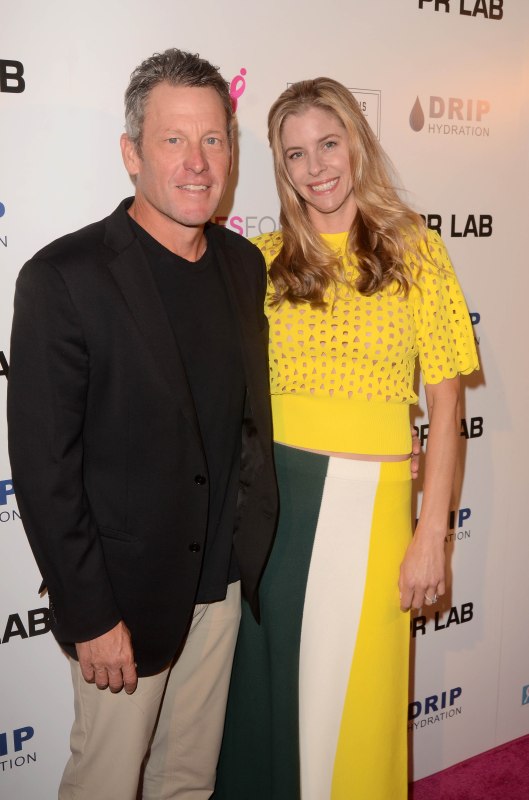