Britney Spears' new lawyer, Mathew Rosengart, has asked the judge overseeing her conservatorship case to either immediately suspend the singer's father from his post as her estate conservator or move up the date for the hearing that will consider the pop star's request to remove Jamie Spears. In an Aug. 5 petition, the attorney argued that Jamie has misused his daughter's money and said the singer, 39, "continues to suffer ongoing harm each day … [Jamie] remains in place as the Conservator of the Estate — emotionally, psychologically, and financially." The filing also alleges Jamie tried to block Britney from going away on "a short vacation" to her favorite place, Maui, last month, while continuing to spend her money on himself. (Her law firm eventually got approval for the trip, but the filing detailed how Jamie's initial refusal caused the singer "mental anguish," according to BuzzFeed.) For these reasons and more, Mathew argues in the court docs, "Conservatee [Britney] moves for the immediate suspension of James P. Spears as Conservator and the appointment of Jason Rubin as Temporary Conservator pending the hearing presently set for September 29, 2021." Regarding the request to move up the hearing to sometime in August, he explains: "Although a two-month wait for a hearing on the Petition may not seem significant in the context of 13 years, Ms. Spears should not be forced to continue to feel traumatized, lose sleep, and suffer further. Every day matters." The filing also references some of the "conservatorship abuse" Britney accused her father of in two previous court hearings. Jamie's expedited removal as conservator would allow Britney to "begin to have a semblance of her 'life back,'" her lawyer added in the filing. As of Aug. 5, reps for Jamie, 69, had yet to comment.

Keep reading for the latest on the possible new "Jeopardy!" host and more …

Just in time for her new "cooking" show, Paris Hilton is opening up about her apparently long-held cooking quirks and preferences. In a new interview with Glamour, Paris, 40, shares everything from her affection for adding Lucky Charms to French toast ("I've always been a foodie," she says later in the Q&A) to the chefs she'd most like to spend time with in her kitchen (Martha Stewart and Snoop Dogg) to the fact that her kitchen appliances are color-coordinated "with sparkles and rainbows." Another amazing tidbit we learned from the interview? "… All of my cooking utensils are either crystallized in Swarovski crystals, or they're just fun, bright colors, or shaped like chihuahuas or diamonds," Paris says. She does, by the way, offer one warning when it comes to consuming food made with cystallized spatulas. "… You have to be careful because sometimes the crystals fall off into the food," Paris admits. "I do say to be careful sometimes when you're chewing on my food." Noted. "Cooking With Paris" hit Netflix Aug. 4.

Throughout the 2021 Olympics in Tokyo, Hoda Kotb proved she was the U.S. Women's Gymnastics Team's No. 1 fan, cheering for Simone Biles, Suni Lee, Jordan Chiles, MyKayla Skinner, Grace McCallum and Jade Carey from the sidelines while waving her daughter's good luck charm, interviewing them after their events — Hoda even interviewed the gymnasts' moms. Happily, the universe returned the favor with a little gift at the end of the trip. "Looky looky who is on my flight… lucky me!" Hoda shared on Instagram this week as she headed back to the U.S. from Japan and found Simone Biles was on her flight. "Welcome home @simonebiles," she added. Al Roker, for his part, was not surprised. "Of course she is," he wrote in the comments. Mandy Moore wished both of them "safe travels home," while Holly Robinson Peete commented, "Congratulations to you both!!!" The NBC correspondent later revealed on a behind-the-scenes "Today" special that her daughters, Hayley, 4, and Hope, 2, celebrated their mom's return home with "a ticker tape parade." "They had two chairs out, pulled up to the front door, they were waiting when I got there," Hoda gushed. "It was the cutest, sweetest … I just hung on last night. I just hung on tight last night."

RELATED: Celebs at the Olympics through the years

Possible new 'Jeopardy!' host Mike Richards was sued twice for harassment on 'The Price Is Right'

On Aug. 4, Variety reported Mike Richards — the executive producer of "Jeopardy!" — is in talks with Sony to take over as host of the show in the wake of Alex Trebek's death. Though nothing has been finalized, the outlet points to Mike as the "front-runner" for the post Alex held for 36 years. The news is not sitting well with Twitter users, many of whom find it too convenient that the high-ranking producer appears to be the first choice, despite his minimal onscreen experience. "'After an extensive and totally fair job search, I have decided to hire…myself' – Mike Richards," one person tweeted. Detractors also posted that they were sure LeVar Burton or another fan favorite would be tasked with the gig. Still others shared links to stories about a 2011 sexual harassment and wrongful termination suit brought against Mike and another producer during their tenure at "The Price Is Right." At the time, Lanisha Cole, who worked as a model on the show, alleged that in 2009, Mike and the other producer "continually humiliated and berated her" on set, according to the LA Times (via TheMarySue). In her lawsuit, Lanisha said that the harassment began around the same time Mike started dating another model who worked on the show. He was dismissed as a defendant from that suit but his name came up again in court in 2012 when another model on the show, Brandi Cochran, sued its producers for discrimination on grounds she was "sidelined and harassed … after she became pregnant," per THR. Brandi won the suit and was awarded nearly $8 million in damages. Mike joined "Jeopardy!" in 2020 and earned high ratings as guest host when he subbed in on the second episode after Alex's death.

The recordings of singer Aaliyah, who died at just 22 in a 2001 plane crash, will finally be available for streaming through a new deal between Aaliyah's uncle/former manager and Empire, according to Billboard. According to the singer's estate, however, the streaming project is "unauthorized." "For 20 years we have battled behind the scenes, enduring shadowy tactics of deception with unauthorized projects targeted to tarnish," the estate said in a statement posted on social media this week. "We have always been confused as to why there is such a tenacity in causing more pain alongside what we already have to cope with for the rest of our lives," the estate continued. "This unscrupulous endeavor to release Aaliyah's music without any transparency or full accounting to the estate compels our hearts to express a word — forgiveness." The statement went on to say its members just want "closure" and "peace" so they can work on other projects related to the "growth of the Aaliyah Memorial Fund."

Kathy Griffin has a lot on her plate. Following surgery for stage 1 lung cancer this week — in which half of her left lung was removed — the comedian, 60, says she'll brave the rest of her recovery without narcotic pain killers in the interest of avoiding another battle with prescription pill addiction. "To be honest, this cancer surgery was a little more than I had anticipated. Tonight will be my first night without any narcotic pain killers. Hello Tylenol, my new best friend!" she wrote on Instagram on Aug. 4. Kathy also revealed she hasn't been in a hospital since her intentional overdose in June of last year. "With over a year clean and drug free, I now know I can do this and anything I want without those devil pills," she continued. "Y'know what? I fear drugs and addiction more than I fear cancer. So, I think I'll be ok." Kathy has said she developed the addiction while suffering debilitating depression after her controversial Donald Trump head photo shoot in 2017.

Miley Cyrus reaches out to DaBaby amid ongoing homophobia controversy

Miley Cyrus and her Happy Hippie Foundation have offered to help educate DaBaby about the LGBTQ+ community after the rapper's homophobic tirade at the Rolling Loud festival last month sparked a storm of controversy. "@DaBaby check your DMS – would love to talk and see how we can learn from each other and help be part of making a more just and understanding future!" Miley wrote on Instagram this week, after multiple music festivals pulled DaBaby from their lineups. "For more info @greaterthanaids is a great resource! 🌈💕 @happyhippiefdn." In the text of her post, Miley acknowledged that it's more useful to communicate with people whose views we disagree with than to "cancel" them over things they've said. "As a proud and loyal member of the LGBTQIA+ community, much of my life has been dedicated to encouraging love, acceptance, and open mindedness," she wrote. "The internet can fuel a lot of hate and anger and is the nucleus of cancel culture… but I believe it can also be a place filled with education, conversation, communication and connection," she continued. "It's easier to cancel someone than to find forgiveness and compassion in ourselves or take the time to change hearts and minds. There's no more room for division if we want to keep seeing progress! Knowledge is power! …" Miley added. DaBaby has apologized twice for his hate-filled rant, which included misinformation about H.I.V. and AIDS.

Two years after Mick Jagger returned to the stage following heart surgery, his bandmate, Charlie Watts, has announced he'll skip the rest of the Rolling Stones' No Filter tour while he recovers from a medical procedure. In a statement to EW, a rep for the drummer said: "Charlie has had a procedure which was completely successful, but I gather his doctors this week concluded that he now needs proper rest and recuperation. With rehearsals starting in a couple of weeks it's very disappointing, to say the least, but it's also fair to say no one saw this coming." Charlie, 80, added: "For once my timing has been a little off. I am working hard to get fully fit but I have today accepted on the advice of the experts that this will take a while." In his place, Steve Jordan, who plays with Keith Richards' band, X-Pensive Winos, will take over the drum chair. The remaining dates on the tour are slated for Sept. 26 through Nov. 20. 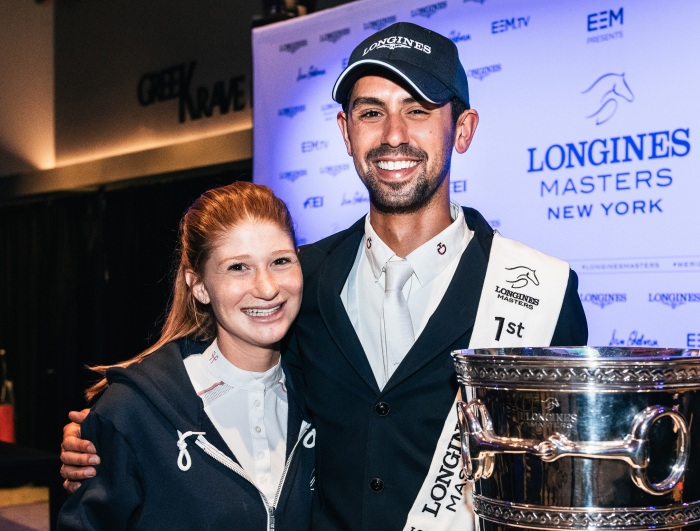