Nikki Bella is continuing to postpone her wedding plans with fiancé Artem Chigvintsev, but it's for good reason. The couple — who got engaged in November 2019 — were set to marry in the fall of 2021, but she now says it'll be another year before they tie the knot. You can blame COVID-19 and distance. "The one promise I made before we can plan is that his parents can attend," she told ET. "And with where the world's at right now, and trying to get two Russian parents into the country, it's almost impossible. So the day I can get two visas is the day we will set our date and say, 'I do.'" The "Total Bellas" star is eyeing next Thanksgiving as a target date, but she also eyed Thanksgiving 2021 as a target date for marrying Artem, with whom she shares son Matteo, 16 months. "I can't believe it's been a year, but I really do want to get married. I mean, selfishly, I just want to have that, like, one big day about me," she said. "I can't wait for that and to wear that dress, but I do want to marry Artem." Wedding or not, a second child could be in the works, too. "At the rate I'm going with never getting married, maybe," she said. "But this is what I told Artem: 'At 39, if I'm happy where I'm at in life, and with you and you're still in my life, I possibly will get pregnant, and let's try to have that baby before 40. But hey, if not, I'm sorry, she is closed.'"

Jon Gosselin was hospitalized after apparently being bitten by a venomous spider while sleeping. The "Jon & Kate Plus 8" alum told The Sun he woke up in "excruciating pain" with his leg twice its size. He also noticed a "red-looking blister with a large red circle around it." Jon then limped to his car and took himself to a Pennsylvania hospital. There, he was eventually given antibiotics and antibiotic cream. He's now recovering. "I was DJ-ing for the weekend in Philadelphia and I finally felt free," he said. "It was my first real single weekend. I was totally ready to open up and meet new people and start fresh. But I woke after a night of music and fun and went to stand up only to fall back down on the bed. I was in excruciating pain." Jon recently split from long-term girlfriend Colleen Conrad.

Alec Baldwin has lawyered up in anticipation of a waterfall of civil lawsuits stemming from the accidental shooting on the set of "Rust." Multiple reports claim the actor has hired Aaron S. Dyer, a former federal prosecutor in the U.S. Attorney's Office in Los Angeles. The lawyer will reportedly rep Alec, Rust Movie Productions and the other production companies involved in the indie-Western. Back in October, Alec accidentally shot and killed cinematographer Halyna Hutchins while rehearsing a scene on the set of "Rust." Officials said he was told the gun in his hand wasn't loaded. It was. Several members of the crew have already filed lawsuits related to the shooting against Alec, who's among the film's producers. It's expected that Halyna's family will also file a wrongful death lawsuit.

The phone and the throne don't exactly go hand in hand. According to a royal expert, Queen Elizabeth II only picks up the phone for two people — and they're probably not who you'd suspect. While on The Royally US podcast, royal commentator Jonathan Sacerdoti said the Queen chats with her daughter Princess Anne and her racing manager, John Warren, more than anyone else. "Apparently, the Queen has two people who she speaks to the most on her phones and she also apparently has a mobile phone which is said to be Samsung packed with anti-hacker encryption by MI6 so nobody can hack into her phone," Jonathan said. But, does the phone have Instagram?

"His genius is unparalleled, his contributions to the arts, undeniable." Those are the words Neil Patrick Harris used while paying tribute to Broadway icon Stephen Sondheim, who passed away on Nov. 26 at 91. Stephen was an absolute legend: He wrote the lyrics for "West Side Story" and wrote both the music and lyrics for a slew of shows including "A Funny Thing Happened on the Way to the Forum," "Company," "Follies" and more. Following his death, many in Hollywood publicly honored him on social media. "Performing his work has been among the greatest privileges of my career," Anna Kendrick said on Instagram, calling the death "a devastating loss." Vanessa Williams wrote, "I was so lucky, blessed and honored to have Mr. Stephen Sondheim see me, hear me and always remember my name. Rest in Musical Peace in Heaven because your music and talent will always live on." 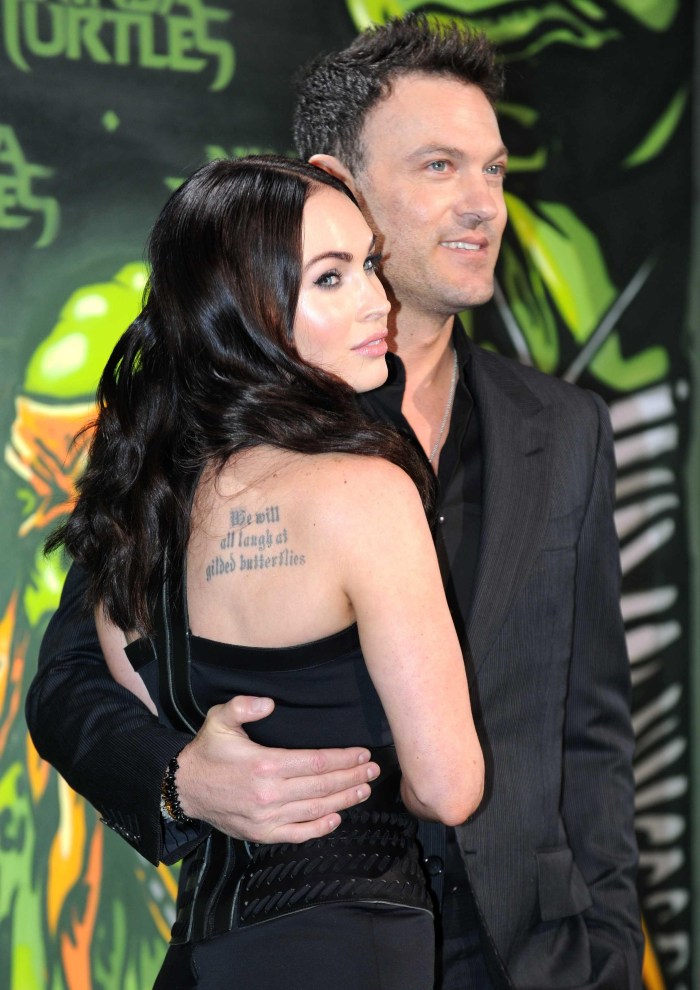