Reality TV star Donald Trump and actors Ronald Reagan and Arnold Schwarzenegger are three of the most famous people who bridged the gap between Hollywood and politics, but they're not the only ones! Wonderwall.com is taking a look at some of the celebrities who've run for office. Let's start with this former cop who's engaged to a Bravo star… On June 29, 2021, Steve Lodge — a businessman and former homicide detective with California's Santa Ana Police Department who's the fiancé of "The Real Housewives of Orange County" O.G. Vicki Gunvalson — announced that he's running to be the next governor of California. "I was born and raised here in this great state. And I raised my children here, and I'm watching my grandchildren be raised here. But I cannot stand idly by while we allow government to destroy this beautiful state," Steve — an Army veteran and self-described conservative who's hoping to unseat Governor Gavin Newsom in a recall election in which reality TV star Caitlyn Jenner is also a candidate — said in a campaign video. "We the people need to turn this around and take our state back, and I have a plan to do that." He has Vicki's support: "I'm so proud of Steve! Go get 'em!" she wrote on Instagram.

On April 23, 2021, Caitlyn Jenner announced her much buzzed-about candidacy for governor of California. The Olympic decathlon gold medal winner, trans right activist and former reality TV star — a longtime Republican who's socially liberal and fiscally conservative — filed paperwork to challenge the Democratic incumbent, Governor Gavin Newsom, in a recall election. "California has been my home for nearly 50 years. I came here because I knew that anyone, regardless of their background or station in life, could turn their dreams into reality," Caitlyn said in a statement. "But for the past decade, we have seen the glimmer of the Golden State reduced by one-party rule that places politics over progress and special interests over people. Sacramento needs an honest leader with a clear vision."

Arnold Schwarzenegger, a Republican, served as governor of California from 2003 to 2011. If he could have run for president, there's no doubt the Austria-born star of "The Terminator" would have had a fighting chance!

Donald Trump, a real estate and casino mogul who made a name for himself in Hollywood as the host of "The Celebrity Apprentice," served as the 45th president of the United States for one term from 2017 to 2021.

In April 1986, Clint Eastwood was elected mayor of Carmel-by-the-Sea, California. He served a two-year term in his adopted hometown. The actor-director is a former Republican who now considers himself a Libertarian.

"Sex and the City" star Cynthia Nixon ran for governor of New York in 2018. The actress and activist, a staunch progressive, lost to fellow Democrat Andrew Cuomo in the primary.

In July 2020, Kanye West announced that he was running for president of the United States. The rapper, who'd previously made headlines for his support of President Donald Trump, shared in a bonkers interview with Forbes that he was running on the Birthday Party ticket.

In May 2017, actor Antonio Sabato Jr. — who found fame as a model and later as an actor on "General Hospital" — filed paperwork announcing plans to run for California's 26th district Congressional seat as a Republican. His campaign went well and he ran against Democratic incumbent Julia Brownley in the November 2018 election, though he eventually lost.

In 2012, actress Roseanne Barr ran for president of the United States as a Green Party candidate.

In the 2014 Congressional elections, Clay Aiken — the singer who came in second place on season 2 of "American Idol" — ran as a Democrat in the 2nd District race in North Carolina. Although he lost to incumbent Rep. Renee Ellmers, he initially was not deterred. In April 2015, Clay said that he might make a second run. He told Time magazine, "I certainly am not going to say I'm not going to run for office again. I'd be lying; I think it'll happen. In the meantime, I'm still learning."

In 2018, "Clueless" actress Stacey Dash — a former Fox News commentator and outspoken Republican — filed paperwork announcing plans to run for Congress in California. But she pulled out of the race a month later, telling CNN in a statement, "After much prayer, introspection and discussions with my family, I am withdrawing my candidacy for California's 44th Congressional District."

Jerry Springer ran for Congress in Cincinnati in 1970 as a Democrat, but he lost. In 1971, the talk show host did, however, win a seat on the Cincinnati City Council, but he resigned in 1974 after a public scandal. In 1977, he was elected mayor of Cincinnati and served for one year. He then ran for governor of Ohio in 1982 — and lost.

In 2007, comedian Stephen Colbert — under the guise of his Comedy Central "Colbert Report" persona — tried to run for the Senate in South Carolina. He wanted to run for both the Republican and Democratic nominations but since the fee to file for the Republican primary was a whopping $35,000, he ran as a Democrat. He paid $2,500 to be included but was denied a place on the ballot. The satirist also announced plans to run for president that year but dropped out of the race just a few weeks later.

President Ronald Reagan, a Republican, was a Hollywood movie star who also served as president of the Screen Actors Guild before he won the highest office in the land in 1981. The late politician served two terms, stepping down in 1989.

Kid Rock didn't actually run for political office, but he had us all believing he would. In the fall of 2017 during an appearance on Howard Stern's SiriusXM radio show, the music star announced that he was not actually running for the Michigan Senate. The Michigan resident said he only pretended to have an interest because he thought it was fun, but a lot of his supporters were interested in the idea. Who knows what the future holds?

Sean Duffy was a member of the U.S. House of Representatives from 2010 until 2019, when he stepped down to focus on his large family. The Republican alum of "The Real World: Boston" represented Wisconsin's 7th District.

The late Shirley Temple Black was a successful child star, but her fame didn't translate when she ran for a seat in the U.S. House of Representatives as a Republican in 1967. She wanted to represent San Mateo County, California, but she lost. However, in 1969, President Richard Nixon appointed her as an ambassador to the United Nations.

Justin Jeffre was a 2005 mayoral candidate in Cincinnati. The singer — a member of boy band 98 Degrees — ran as a member of the Green Party, but he didn't win.

Radio host Howard Stern ran for governor of New York in 1994 as a Libertarian. He didn't win.

Former "Saturday Night Live" writer and star Al Franken ran for the U.S. Senate in 2008 in his home state of Minnesota, and he won by a margin of 312 votes. The Democrat was re-elected for a second term in 2014. He resigned his position in 2018 after facing allegations he'd groped women.

Musician Wyclef Jean filed papers on Aug. 5, 2010, to run for president of Haiti. But a few weeks later, his candidacy was rejected by Haiti's Provisional Electoral Council because he did not meet the residency requirement.

In 1988, singer Sonny Bono was elected mayor of Palm Springs, California. He served for four years. The late star then ran for a U.S. Senate seat as a Republican in 1992, but he lost the nomination to a more conservative member of his party, who then lost the election to Democrat Barbara Boxer.

Jesse Ventura was not only a professional actor and wrestler but also the mayor of Brooklyn Park, Minnesota, from 1991 to 1995. He was then the Reform Party candidate when he ran for governor of Minnesota in 1998. He won and served as the 38th governor of the state until 2003. Jesse left the Reform Party a year after he took office.

In 1994, Republican Fred Thompson ran for a U.S. Senate seat in Tennessee. The late actor not only won but was re-elected to serve in the position until 2003. The "Law & Order" star then ran for president in 2008 but withdrew his candidacy.

"Diff'rent Strokes" actor Gary Coleman was a candidate for governor of California in the 2003 recall election. After Arnold Schwarzenegger declared his candidacy, Gary said that he'd vote for Arnold.

Adult film star Mary Carey ran for governor of California in the 2003 recall election as a publicity stunt. She ran as an Independent and placed 10th out of 135 candidates. 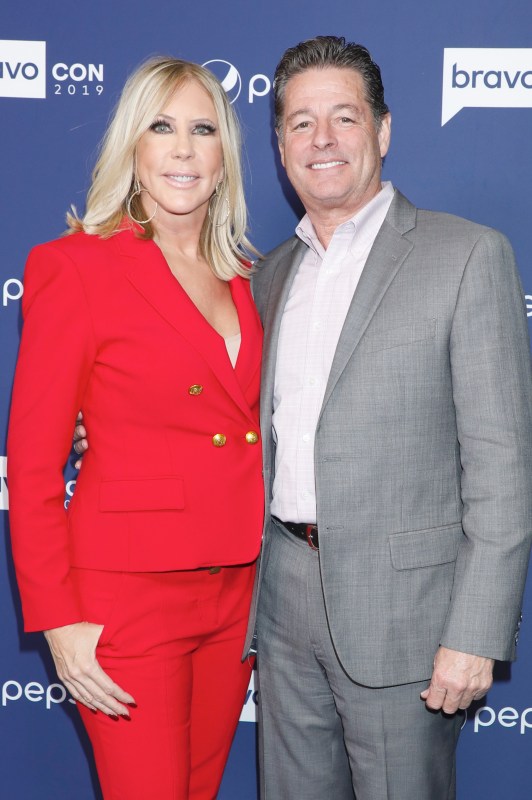 Up Next Celebrities turned politicians