What ever happened to Gwen Stefani's cooking show and the cookbook she was writing? That was premise behind a magazine's story from exactly one year ago today. At the time, Gossip Cop noted it was untrue, and clearly 12 months later there's no series nor a printed collection of her favorite recipes. 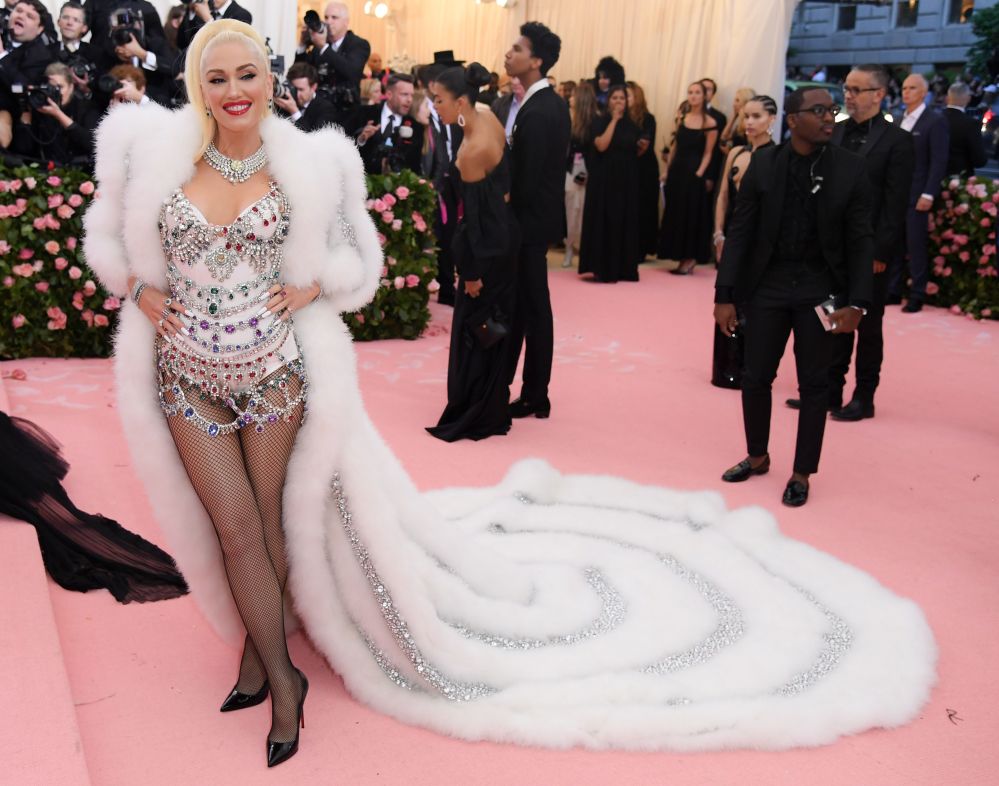 On May 8, 2018, OK! and its sister publication Life & Style swore up and down Stefani was going to do a series for the Food Network in which she would have "celebrity guests [on] the show," most notably her boyfriend Blake Shelton. The tabloids said the show was a project Stefani had "dreamed" about for a very "long time," and was coming to fruition thanks to her friend Giada de Laurentiis. The outlets even asserted the singer was going to make a career change and focus on the food program and put together a cookbook.

The two magazines' reports were based on quotes from an anonymous, untraceable, and seemingly phony "source." Conversely, Gossip Cop reached out to Stefani's rep who, speaking on her behalf, assured us the entire narrative was fabricated. Now, a full 365 days later, it should be readily apparent that the publications either concocted the tales themselves or relied on a very untrustworthy tipster. In either case, the claims about Stefani shifting professions was 100 percent false. In fact, since those bogus articles, the No Doubt singer has launched her "Gwen Stefani – Just A Girl" residency at the Planet Hollywood Resort & Casino in Las Vegas that began in June 2018 and runs through November 2019.

Like a plate of food that's been left out, the tabloid's tales also went bad over time. And in the intervening year since those pieces, the two magazines haven't gotten any better with serving up dish about Stefani. Just three weeks ago, for example, Gossip Cop busted Life & Style when it wrongly maintained in a cover story that Stefani announced at her wedding to Shelton that she was pregnant. Of course, they didn't marry at his Oklahoma ranch and she's not expecting a baby. Nor did Shelton and Stefani have a quickie wedding in Mexico, which the outlet had previously insisted in April 2018.

And OK!'s reporting about her is no better. Just last week, Gossip Cop shot down a claim about Stefani's parents giving Shelton permission to propose to her. Her spokesperson similarly told us that was also wrong. And earlier in the year, we corrected that same outlet's cover story which falsely alleged Stefani was having a baby girl with Shelton. Basically, those tabloids come up with a lot of untrue articles about the singer, including how Stefani was going to have her own cooking show on the Food Network, but they rarely pan out.

When Gossip Cop revisits articles from the year before it's not to pat ourselves on the back for being right. Rather, it's to show readers which publications they can and cannot trust for accurate information. In this case, Gossip Cop roasted both magazines for their misguided pieces about Stefani.

Britney Spears Turned Down Offer To Talk About Treatment On 'Dr. Phil' Show?