These guys aren't "meating" in the middle. Some of Hollywood's biggest stars stick to a plant-based diet, and we've rounded up 20 of Hollywood's hottest herbivores, starting with the woman whom PETA named the Sexiest Vegetarian Celebrity of 2015: Miley Cyrus. The singer and actress reportedly gave up animal products in 2014 after a coyote killed her beloved pup Floyd. Keep clicking to check out more sexy meat-free stars!

Olivia Wilde has been a vegetarian since she was 12 but occasionally struggles with veganism: "[Being vegan] has been something that, for the past four years, has at times been consistent, other times less so," she said in 2012, according to The Huffington Post. Olivia reportedly found a vegan support system in "Butter" co-star Alicia Silverstone.

RELATED: Stars at the beach

Jared Leto attributes his youthful good looks to the fact that he's been a vegan for more than two decades: "I'm pretty healthy so I think that helps a lot. I've been that way for a long time — 20 solid years of eating vegetarian/vegan and taking care of myself. That probably helps the preservation process," he told British GQ in 2013.

"I love animals more than I love most people, not kidding," Ariana Grande told the Mirror in late 2014 of her decision to go vegan. "But I am a firm believer in eating a full plant-based whole-food diet that can expand your life length and make you an all-round happier person."

"I am a vegetarian who doesn't like vegetables too much — makes it challenging!" Zendaya admitted to Us Weekly magazine in 2014.

Channing Tatum and wife Jenna Dewan-Tatum may share a household and a daughter, but they certainly do not share an affinity for vegan food: "Sometimes I can drag him to my vegetarian vegan restaurants — he politely eats, then promptly goes home and eats what he really wants!" Jenna, who's been a vegetarian since she was a teenager, told People magazine in 2014.

Natalie Portman went vegan in 2009 but downgraded to vegetarian in 2011 when she got pregnant with her first child, son Aleph. "I was listening to my body to have eggs and dairy and that sort of stuff," she said in an interview with the Q100 Bert Show in Atlanta.

Tobey Maguire has been vegetarian since the early '90s and reportedly went vegan in the late aughts. "I've never had any desire to eat meat," he told Parade magazine in 2008. "I don't judge people who eat meat — that's not for me to say — but the whole thing just sort of bums me out."

Christina Applegate gave up meat after she was traumatized on the set of "Married … With Children." She dished with PETA on the moment she became a vegetarian: "They served me some kind of meat — I don't even know the names of them all anymore because it's been so long. I looked down and there was blood on my plate," said the actress. "It was that realization that I can't eat something that has been alive, I just can't do it. So I stopped, and that was it. That was the last time."

Lea Michele fluctuates between being vegan and vegetarian: "I really love a vegan lifestyle," she said in a 2013 episode of "Top Chef." "When I want to give myself a little bit of a break, I go to vegetarian, which I allow cheese. It's my favorite food in the entire world."

Kata Mara gave up meat more than a decade ago after she was traumatized by seeing chicken farms during a family road trip. "Just miles and miles of these awful coops, chickens living in cages and that's their life. I was so disturbed by it, I decided I didn't want to eat meat ever again," she told the Independent in 2014.

Like big sis Kate, Rooney Mara is vegan. "I basically eat only fruits and vegetables," she told InStyle magazine in 2013.

If you follow Ellie Goulding's social-media accounts, you already know that the "Burn" singer is a proud vegetarian. "I am a vegetarian (in case you didn't know 😏) I feel healthy and happier than ever before. My body is grateful," she wrote on Instagram in June 2015.

Casey Affleck has been vegan for nearly two decades. "When people ask me why I don't eat meat or any other animal products, I say because they are unhealthy and they are the product of a violent and inhumane industry," he once said in a PSA for PETA.

Alicia Silverstone has been vegetarian for nearly two decades. She even wrote a vegan cookbook, "The Kind Diet," and launched a blog, The Kind Life, that focuses on "vegan and vegetarian food, environmentally-sensitive fashion items, and environmental issues."

Pamela Anderson gave up eating animal products when she started working with PETA back in her "Baywatch" days. The animal enthusiast continues to promote a meat-free life in 2015: in April, she toured an Arizona jail to promote vegetarian meals in prisons; in July, she launched a vegan cooking web series; and by the end of the year, she plans to debut two lines of vegan accessories.

Joaquin Phoenix gave up meat when he was just 3 years old after he was left traumatized during a family fishing trip. The Oscar nominee, who's now vegan, has since appeared in countless PSAs for PETA. 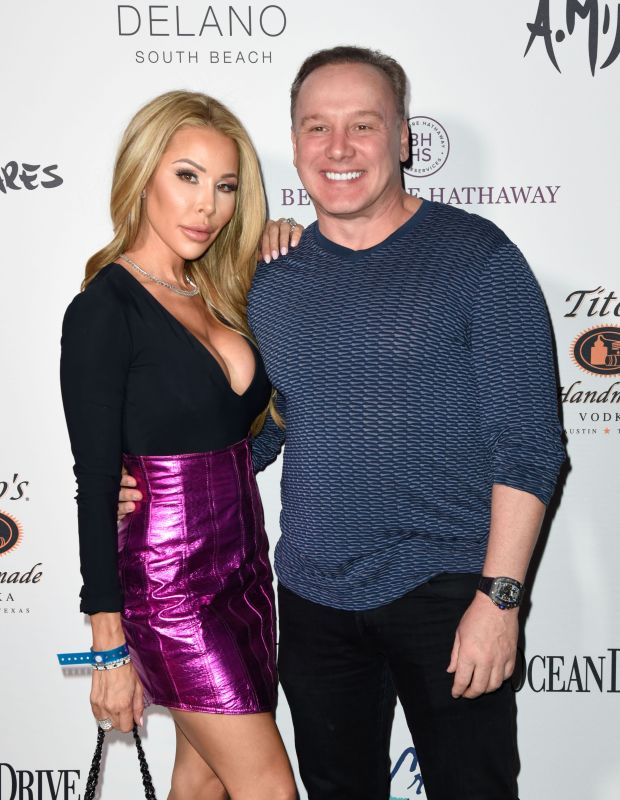 Up Next 'Housewives' cheating scandals