Ready to get lost in a good documentary? From true crime to pop culture-centric, Wonderwall.com has rounded up some of the best documentaries available to stream now, starting with this surprisingly riveting doc: The company WeWork, which was behind the ubiquitous work spaces that popped up everywhere over the last few years, might not sound like it would be an interesting topic for a documentary, but boy did Hulu prove us wrong! In "WeWork: Or the Making and Breaking of a $47 Billion Unicorn," you'll learn the bonkers story behind its creation and the bizarre tale of its young and wildly ambitious former CEO Adam Neumann. Add in a surprising tie to Gwyneth Paltrow and a deep dive into how Adam fooled investors for years before the company's fall and this Hulu documentary, which debuted in 2021, is a must-watch.

For pop culture aficionados, "The New York Times Presents: Framing Britney Spears" is an absolute must-watch. The 2021 doc reframes the way we treated the rising pop star at the height of her fame, while diving into things that were going on behind the scenes. It also takes on the "Free Britney" movement, investigating her controversial court-mandated conservatorship and whether or not it should still be in place today. This one is part of an FX series that's currently streaming on Hulu.

The documentary "Blackfish" takes a closer look at the controversial topic of keeping killer whales captive. An orca named Tilikum is the main focus of the movie, which premiered at the Sundance Film Festival in 2013. Filmmakers dive into how he was captured and how his aggression led to the death of a SeaWorld trainer. It's streaming on Netflix and Hulu.

The tragic love story of Michelle Carter and Conrad Roy is the subject of the next documentary on our list. Their torrid teenage romance resulted in Conrad's suicide — and Michelle was accused of encouraging him to take his own life in 2014. The story is now a compelling documentary on HBO Max, "I Love You, Now Die: The Commonwealth vs. Michelle Carter," that tackles their toxic relationship and chronicles Michelle's trial.

Even non-sports fans will enjoy 2020's "The Last Dance." The documentary follows Michael Jordan's final season with the Chicago Bulls while also reflecting on his early life. Currently streaming on Netflix, this 10-episode docuseries follows the fascinating athlete's phenomenal career and life.

"Leaving Neverland" made serious headlines in 2019. The doc, which is streaming on HBO Max, centers on two men who accused Michael Jackson of sexual abuse, Wade Robson and James Safechuck. Both tell their disturbing stories alleging what the pop star did — the late King of Pop's estate maintains his innocence — in a masterpiece that ended up winning a Primetime Emmy for outstanding documentary or nonfiction special.

Told entirely through social media posts, text messages, home movies and law enforcement recordings, "American Murder: The Family Next Door" is a unique type of documentary that's incredibly effective. The 2020 doc tackles a heartbreaking tragedy — how Chris Watts murdered his pregnant wife, Shannan, and their two daughters, then lied about it — in a bone-chilling retelling of the horrible story.

Hulu has "The Last Waltz," Martin Scorsese's documentary about the rock group The Band. The film, which depicts the group's final concert appearance and also features their many special guests (including Joni Mitchell and Neil Young, pictured), is widely considered to be one of the best documentary concert films ever made. It was released in 1978, two years after the performance took place.

Want to take a trip to the moon? "Apollo 11" is a 2019 documentary that takes you along on the famous 1969 mission to space where men walked on the moon. It uses archival footage and doesn't lean on recreations or any narration — an interesting take on the documentary style. You can catch it on Hulu.

"The Queen of Versailles" is currently streaming on Hulu. The 2012 documentary still holds up as it follows the bizarre tale of Jackie Siegel and David Siegel, the owners of one of the most expensive homes in America who were building their mansion during the 2008 recession. Despite their insane wealth, the family is hit hard by the financial crisis and cameras are rolling as they deal with the aftermath.

Most of us are aware of China's one-child policy, but 2019's "One Child Nation" dives deeper. The film, which is streaming on Amazon Prime, takes a look into the forced sterilization, mass infanticide and family separation that took place between 1979 and 2015, educating viewers on just how recently these atrocities were happening.

"My Octopus Teacher" is so fascinating, it scored a 2021 Academy Award for best documentary feature! Now streaming on Netflix, this one follows filmmaker Craig Foster as he meets an octopus and develops a close relationship with her over the course of a year. It's more emotional than you think!

"McQueen" is a 2018 documentary currently streaming on Hulu that dives into the life of British fashion designer Alexander McQueen. The film, which chronicles the talented and tortured artist's life until he died by suicide in 2010, was a huge hit with critics.

The 2021 Hulu original documentary "Kid90" is a must-see for those who grew up in the '90s. Soleil Moon Frye, best known then as the star of "Punky Brewster," shares her personal home movies and gives you an up close and personal look at some of the biggest young stars of the era, with commentary from many of those famous faces today as they reflect on their unique tale of growing up.

It's hard to believe someone could pull off such an elaborate con in Silicon Valley, but HBO's "The Inventor: Out for Blood in Silicon Valley" shows exactly how Elizabeth Holmes was able to deceive world leaders and other brilliant minds by proclaiming that her company, Theranos, could simplify how blood tests are processed. This 2019 doc, which is currently streaming on HBO Max, goes beyond the headlines to investigate how Elizabeth went from beloved CEO to being charged with fraud in just a few short years.

One of the most shocking documentaries on Netflix is up next — "Abducted in Plain Sight." The bizarre tale of the Broberg family is chronicled in this 2017 movie that explains how their disturbing neighbor Robert Berchtold abducted one of their daughters right under their noses.

The 2016 Netflix original documentary "Amanda Knox" tells you even more about the story you already know — how American student Amanda Knox was accused of murder while studying abroad in Italy. But the twist in this doc is that Amanda herself gives exclusive interviews, opening up about her ordeal as the doc also chronicles how the media mistreated her during the trial.

Everyone loved the unbelievable scandal that was the Fyre fest. And Netflix's 2019 documentary on the topic, "Fyre: The Greatest Party That Never Happened," goes right into the eye of the storm, revealing how so many people were pulled in by organizers Ja Rule and Billy McFarland.

If you're in the mood for a truly bizarre true crime take, check out "Evil Genius: The True Story of America's Most Diabolical Bank Heist." This doc tackles one of the strangest thefts in history, which took place in 2003. It was that year that Brian Wells attempted to rob a bank with a bomb tied around his neck — only to later be killed when the device went off. This documentary digs into what exactly happened, how he reportedly believed the bomb was fake, and how a co-conspirator was the real mastermind. This one's streaming on Netflix.

2020's "69: The Saga of Danny Hernandez" is a unique music documentary that takes a peek behind the curtain at the life of one of the most controversial rappers of the last decade — Tekashi69. This Hulu doc helps explain all of his legal drama, including his infamous testimony against a gang in Brooklyn. 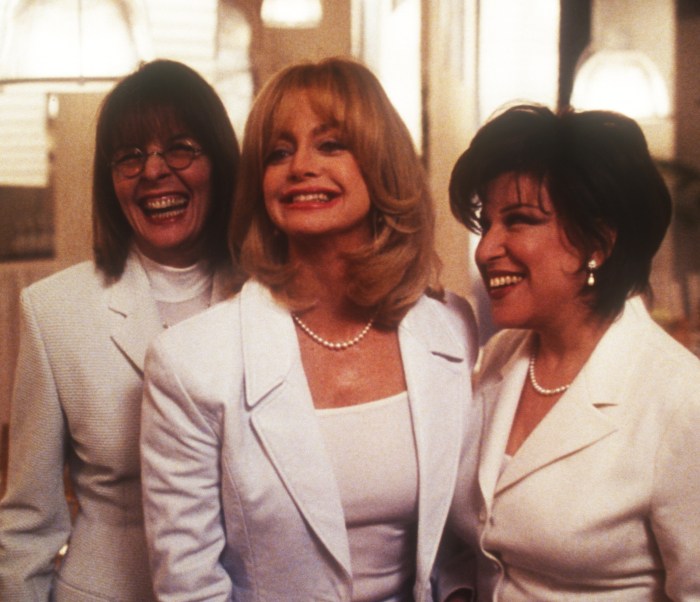