The 2020 holiday season looks a bit different this year. One thing that remains constant, though? The ability to cozy up on the couch and turn on a quality film! Join Wonderwall.com as we take a look at the best holiday movies from the '90s and '00s… starting with this wonderful film… Who else wishes a home exchange website was a real thing?! 2006's "The Holiday" stars Cameron Diaz as Amanda Woods, a successful Los Angeles-based movie trailer producer, and Kate Winslet as Iris Simpkins, a writer for London's Daily Telegraph. Following a brutal breakup and a realization that the guy she's been pining over will never actually commit to her, Amanda and Iris meet online and decide to swap homes for a week. Of course, while in each other's respective cities, the women begin to fall in love — Amanda with Iris's brother, Graham (Jude Law), and Iris with Amanda's composer, Miles (Jack Black). In need of some uber-romantic, cross-ocean holiday viewing? Look no further. Keep reading for more…

What is it called when you meet someone by happenstance and decide to let fate determine whether or not you end up together? Oh, right — serendipity! Set in New York City, 2001's "Serendipity" starring John Cusack and Kate Beckinsale tells the story of a man and woman, who, after meeting at a restaurant, decide to write their respective contact info on a $5 bill and inside a hardcover book. Should they be meant for one another, they'll eventually get ahold of each other's numbers. Sounds pretty simple, right? Well, considering they live on opposite ends of the world and are romantically involved with other people… not exactly!

What more can we say about 2003's "Love Actually" other than that it's basically one of the most beloved holiday films of all time? Written and directed by Richard Curtis, the romantic comedy explores the intertwined lives of various Londoners as Christmas Day approaches. One particular storyline we can't help but get incredibly invested in? Sam's (Thomas Sangster) massive crush on his American classmate, Joanna (Olivia Olson), and the lengths he goes to to get her attention. From excitement and hope to grief and heartbreak, the film explores the various emotions so many feel during the holidays.

What do you do when your parents accidentally leave you behind while they go on vacation for the holidays? You protect your home from a couple of criminals who are trying to break into it, obviously. In 1990's "Home Alone," Macaulay Culkin stars as resourceful 8-year-old Kevin McCallister, who takes on the Wet Bandits (Joe Pesci and Daniel Stern) as they attempt to break into his family's house during the holidays.

You'd think after the first time, the McCallisters would know better, right? Wrong. In 1992's "Home Alone 2," a now 10-year-old Kevin McCallister finds himself alone in New York City when he accidentally follows a man, whom he thought was his father, onto the wrong plane. While in Miami, his family frantically searches for a way to reunite with him. Meanwhile, Kevin seems to be living it up at the Plaza Hotel (thanks to his dad's credit card!) — but his fun is cut short when he encounters a couple of familiar foes: the Wet Bandits.

Shout-out to Ariana Grande for recreating this iconic scene in her 2018 music video for "thank u, next." 2004's "Mean Girls," which was written by Tina Fey, is a fantastic film for so many reasons, and the fact that it also falls into the category of being a holiday movie makes it even better. From the Plastics' iconic choreographed performance to "Jingle Bell Rock" to Damian's (Daniel Franzese) poignant cover of Christina Aguilera's "Beautiful," the teen comedy is chock-full of standout moments.

There are few films quite as wholesome as 2003's "Elf." Will Ferrell stars as the titular human elf Buddy, who leaves the North Pole in an effort to reconnect with the father who doesn't know he exists, Walter, a big-time businessman in New York City. Upon arriving in the Big Apple, Buddy soon realizes that reality does not live up to his expectations — namely that his biological father isn't as welcoming as he anticipated and the holiday spirit seems to be lacking in those around him. Thankfully, with the help of his love interest Jovie (Zooey Deschanel) and young half-brother Michael (Daniel Tay), Buddy takes it upon himself to reignite the magic of Christmas as best he can.

In 2000's "The Grinch," the titular villain (played by Jim Carrey) has long lived a despicable life of isolation just beyond the parameters of Whoville. However, if there's one person to change his mind about the town's inhabitants and the holiday as a whole, it's Cindy Lou (Taylor Momsen)! This Christmas classic tells the story of the Grinch's unlikely but incredibly wholesome friendship with the 6-year-old girl, who manages to thaw his ice-cold heart.

Tim Burton's 2007 film "The Nightmare Before Christmas" tells the story of the King of Halloween Town, Jack Skellington, who, after entering Christmas Town, becomes infatuated with all things pertaining to the holiday. When his townspeople fail to believe him, Jack thinks up a diabolical plan: to take over Christmas and steal Santa Claus for Halloween Town.

With an ensemble cast that includes Diane Keaton, Sarah Jessica Parker and Rachel McAdams, 2005's "The Family Stone" explores the chaos and complexities of bringing together a large family over the holidays. When the eldest son of the Stone family, Everett (Dermot Mulroney), invites his rigid girlfriend, Meredith (Sarah Jessica Parker), home for the holidays with the intention of proposing to her, she brings her younger sister along (Claire Danes) for backup, which causes even more tension in the household. Of course, it wouldn't be the holidays without heightened emotions and clashing personalities, right?

1994's remake of "Miracle on 34th Street" stars Mara Wilson as 6-year-old Susan Walker, a little girl who, under the influence of mother Dorey, is skeptical of Santa Claus's existence. However, when Dorey hires a man who claims to be Kris Kringle to take photos with children at Macy's, she and Susan slowly but surely become believers and come to his defense when people doubt the validity of his identity.

In need of an entirely wholesome and beautifully animated watch? We present to you 2004's "The Polar Express." Directed by Robert Zemeckis (who famously directed the "Back to the Future" trilogy), the film chronicles the experiences of a young boy who boards a train headed to the North Pole so he can meet Santa Claus. While on his journey, he meets various people who leave a lasting impact on his life. Tom Hanks voices a series of characters in the Academy Award-nominated film including Hero Boy, Scrooge and Santa.

In 2008's "Four Christmases," Reese Witherspoon and Vince Vaughn star as a Kate and Brad, a couple who decide to spend the holidays in Fiji. However, their relaxing vacation is ruined when a weather issues forces them to cancel their plans — and they instead get pressured into visiting all four of their respective divorced parents on Christmas Day. The comedy also includes appearances from stars like Kristin Chenoweth, Tim McGraw, Mary Steenburgen and Jon Favreau.

Loosely inspired by the classic holiday flick "It's A Wonderful Life," 2000's "The Family Man" explores the "what ifs" in life. Nicolas Cage stars as Jack Campbell, a successful and single New York City businessman who finds himself imagining what life could've been had he decided to stay with his college girlfriend, Kate, rather than leave for a year-long internship in London. Magically, he is given a glimpse into that life and begins to realize that he'd rather that be his reality.

Ah, a cautionary tale of the importance of buying your Christmas gifts well in advance. 1996's "Jingle All the Way" stars Arnold Schwarzenegger as workaholic Howard Langston, who, after failing to purchase the most coveted toy of the season — Turbo Man — for his son, must frantically track it down on Christmas Eve. While hunting down Turbo Man, Howard meets postal worker Myron Larabee (Sinbad), a rival dad who's also in hot pursuit of the same toy.

Based on Charles Dickens' 1843 novella, 1992's "The Muppet Christmas Carol" focuses on the detached and unsympathetic Scrooge (Michael Caine), who begins to receive visits from spirits who are eager to help him recognize and maybe even correct some of his wrongdoings — but it may be too late for any long-lasting change. Kermit the Frog plays Bob Cratchit, Scrooge's ill-treated clerk.

2006's "Deck the Halls" stars Kristin Chenoweth and Danny DeVito as Tia and Buddy Hall and Kristin Davis and Matthew Broderick as rivals Kelly and Steve Finch, who work incessantly to outdo each other when it comes to decorating their homes for the holidays. Despite starting off as cordial neighbors, Steve becomes jealous when Buddy's house appears to be better and more excessively decorated than his. What ensues? A bit of friendly competition!

2004's "Christmas with the Kranks" stars Tim Allen and Jamie Lee Curtis as a couple who excitedly plan to hop on a cruise to the Caribbean instead of staying home for the holidays. The only issue is that their holiday-loving neighbors (played by Dan Aykroyd and M. Emmet Walsh) want desperately to prevent the vacation from happening because they want desperately to win their neighborhood's best decorated street competition. So much for taking a break from all that holiday chaos!

What happens when, by complete accident, you kill Santa Clause? You take over the job, of course! 1994's "The Santa Clause" stars Tim Allen as Scott Calvin, who travels to the North Pole where he's given the news that because he's inadvertently responsible for Santa's demise, he must permanently take on the role himself!

In 1995's "While You Were Sleeping," recluse transit employee Lucy (Sandra Bullock) saves Peter (Peter Gallagher), her longtime crush, from an oncoming train. While in a coma, the doctors and Peter's family mistake her for his fiancée. To complicate matters even further, Lucy begins to fall for Peter's brother, Jack (Bill Pullman). Talk about a tangled web! 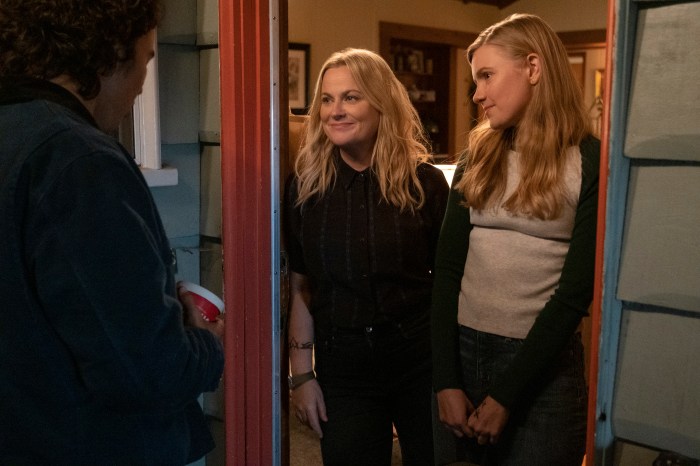