Christian Bale will soon be celebrating a big birthday — he turns 45 on Jan. 30, 2019. To celebrate, Wonderwall.com is counting down his best film roles ever. Keep reading to see which one comes in at No. 1…

We begin our list with a role Christian Bale accepted when he was only 12 years old. Back in 1987, the British actor starred as Jim, a privileged boy who's separated from his parents in Japan during World War II, in Steven Spielberg's "Empire of the Sun." As the lead actor, Christian showed off talent and range far beyond his years. More than three decades later, this one still holds up.

No. 13: Alfred Borden/Fallon in "The Prestige"

Christian Bale's performance as working-class illusionist Alfred Borden was truly magical. He pulled off some awesome tricks and landed the surprise ending with ease. "The Prestige," which follows rival stage magicians in London at the end of the 19th century, was a surprise hit, earning Academy Award nominations and more than $109 million at the box office. We won't give anything away, but the ending will definitely leave you speechless!

Christian Bale showed that he was a true triple threat while starring as Jack in the Disney musical "Newsies." He had to sing and dance as well as act in the role — which he pulled off effortlessly. "Newsies" is loosely based on the New York City Newsboys' Strike of 1899; Christian's character is one of many struggling newspaper hawkers. The movie floundered at the box office when it was released back in 1992 but has since gained a cult following of devoted fans (us included).

It takes a very special actor to play Bob Dylan and ace it. Christian Bale blew us away when he starred as Bob Dylan aka Jack Rollins and Pastor John in "I'm Not There." The British actor portrayed the music legend during his acoustic and protest phase (Jack) and during his born-again period (John). While playing two characters during two parts of someone's life might be difficult for others, Christian pulled it off with ease.

In "3:10 to Yuma," Christian Bale showed just how versatile he is. He starred as Dan Evans, a drought-impoverished rancher who takes on the dangerous job of taking down a notorious outlaw. "3:10 to Yuma" was a financial success, earning more than $70 million at the box office. Christian's fiery performance in the 2007 remake earned glowing reviews from critics who referred to him as "intuitively creative" and a "thrill" to watch. We'd have to agree!

No. 9: Dieter Dengler in "Rescue Dawn"

Christian Bale was nearly perfect in "Rescue Dawn," a 2006 biopic based on the true story of German-American pilot Dieter Dengler. Dieter was shot down and captured by villagers sympathetic to the Pathet Lao during the Vietnam War. He was tortured for six months before escaping and spending 23 days on the run. Christian completely immersed himself in Dieter's story, flawlessly portraying his mannerisms, courage and despair.

Christian Bale might have had a small role in 1994's "Little Women," but it was a memorable one. He played Theodore "Laurie" Laurence, Jo's best friend and neighbor who eventually proposes to her. After Jo rejects his advances, Laurie falls for her sister, Amy, eventually marrying her. The sweet retelling of Louisa May Alcott's famous story is not to be missed.

No. 7: Batman/Bruce Wayne in the "Dark Knight" trilogy

Batman in the "Dark Knight" trilogy takes the No. 7 spot! Christian Bale brought Batman (and Bruce Wayne) back to life in the 2000s. At the time, the character had earned a reputation for being a part of sub-par movies with cheesy dialogue ("Batman & Robin," anyone?). But Christian's performance in Christopher Nolan's "Dark Knight" trilogy revamped the entire perception of the character, adding darkness, excitement and some much needed seriousness. "Batman Begins" and "The Dark Knight Rises" were both incredibly impressive, but 2008's "The Dark Knight" was truly the shining jewel of the series. The second film in the trilogy focuses on Batman's attempt to take down The Joker before he destroys Gotham City. Christian gained 35 pounds of pure muscle to portray the Caped Crusader, and his scenes with the equally talented Heath Ledger were truly legendary. The film slayed at the box office too, earning more than $1 billion in revenue worldwide to become the highest grossing movie of 2008.

No. 6: Trevor Reznik in "The Machinist"

Cracking the top 6 is Christian Bale as Trevor Reznik in the 2004 thriller "The Machinist." The actor lost more than 62 pounds to play the machinist who experiences paranoia and delusion after being fired for a workplace accident. His astonishing physical and mental transformation and intense portrayal was lauded by critics and fans. "The Machinist" takes you on an unforgettable ride and is guaranteed to leave you on the edge of your seat — thanks to Christian's epic performance.

No. 5: Patrick Bateman in "American Psycho"

We've reached the top 5! Christian Bale truly made us believe he was insane in 2000's "American Psycho." The film follows Patrick Bateman, a young, rich, Ivy League-educated investment banker and serial killer. Christian perfectly pulled off the creepy performance, receiving rave reviews from critics and audiences alike. "American Psycho" went a little over the top with its violent depictions but we still enjoyed the film's mix of horror and humor.

It's incredibly hard to take a serious, devastating event and turn it into comical commentary but Christian Bale and his co-stars managed to do just that in 2015's "The Big Short." The biopic explains how the financial crisis of 2007 and 2008 was sparked by the U.S. housing bubble. Christian stars as real-life hedge fund manager Michael Burry, who predicted the market collapse and earned more than $2.69 billion. For his portrayal of Michael, Christian was nominated for a best supporting actor Oscar and a best actor Golden Globe.

No. 3: Irving Rosenfeld in "American Hustle"

Coming in at No. 3 is Christian Bale's shady crook in "American Hustle." He was perfection in this 2013 crime film, which focuses on two con artists who are forced by an FBI agent to set up an elaborate sting operation targeting corrupt politicians. Christian's take on Irving Rosenfeld, one of the hustlers, was mind-blowing. He gained 43 pounds for the movie, perfected the character's accent and rocked a killer comb-over — all leading to an Academy Award nomination and a Golden Globe nomination for best actor.

Our No. 2 pick is Christian Bale's wonderful performance in "Vice." The British star gained a reported 40 pounds ("You eat a lot of pies," he explained of how he did it) and wore prosthetics to transform himself into former Vice President Dick Cheney in this dark comedy biopic. His performance was so impressive, he won a 2019 best actor Golden Globe (he's also a favorite to win the 2019 best actor Oscar). While Christian's performance was noteworthy, the film itself received mixed reviews.

Christian Bale's flawless performance in "The Fighter" takes the No. 1 spot. The British actor starred as Dicky Eklund, a former professional fighter who's the older half-brother and trainer for professional boxer Micky Ward, in the 2010 biopic. Christian lost a significant amount of weight for the role and studied for months until he perfected Dicky's distinct Boston accent. All that hard work paid off in the end: Christian took home an Academy Award for best supporting actor. 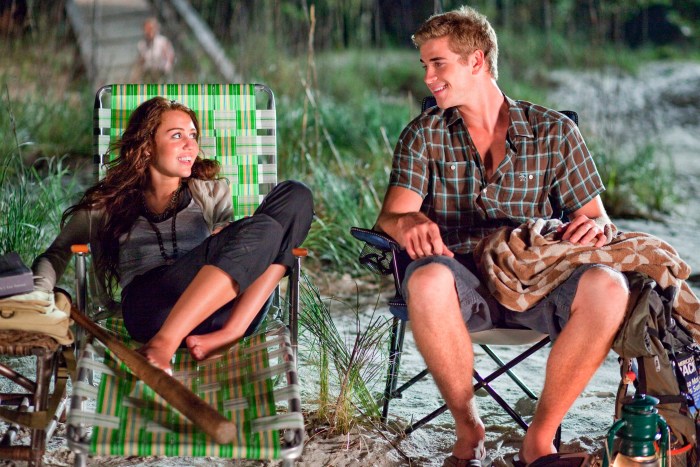