Nicolas Cage is launching 2021 on a high note! He hosts Netflix's new six-part comedy series "History of Swear Words," which "explores the origins, pop culture-usage, science and cultural impact of curse words." Just two days after the show's Jan. 5 premiere, the Oscar-winning actor celebrates his 57th birthday. To mark Nic's big month, Wonderwall.com is counting down his best movie roles — from the wonderful and award-worthy to the wild, wacky and downright weird. Keep reading to see where your favorites rank on the list…

RELATED: 20 movies to watch, see or stream over the holidays

"I was dreaming about making a movie in the forest, and then this script came along and there it was and I said, 'I'm going,'" Nicolas Cage told WENN of his decision to make the 2011 fantasy film "Season of the Witch," in which he stars as a knight tasked with transporting a plague-causing witch to trial. The B-movie has an 11% fresh rating with critics on Rotten Tomatoes, but we loved every second. After all, it helped Nic's dream of playing a knight and working in the forest finally come true!

Nicolas Cage stars as John Milton, a deceased criminal who steals Satan's handgun and breaks out of hell to exact vengeance on the cult leader who murdered his daughter and intends to sacrifice his infant granddaughter as part of a satanic ritual, in the 2011 B-movie "Drive Angry." Enticed? You should be! It's wacky Nic Cage — who scored two Razzie nominations for his performance — at his absolute best.

Nicolas Cage scored an Independent Spirit Award nomination in 1990 for his performance as Peter Loew, a psychotic literary agent who's convinced he's turning into a vampire, in the black comedy "Vampire's Kiss." Though it was considered a flop when it debuted in theaters in 1989, it has since developed a cult following — which we are clearly part of!

Nicolas Cage scored a Razzie Award nomination for his performance as Edward Malus, a police officer investigating the mysterious disappearance of a young girl from an isolated neo-pagan community, in the 2006 remake of "The Wicker Man." The actor has since said that the film, which bombed at the box office and earned a 15% fresh score on Rotten Tomatoes, is intentionally absurd. Whether intentional or not, as far as we're concerned, the flick is so bad it's good.

Nicolas Cage stars as Seth, an angel who shepherds humans on the brink of death to the afterlife, in the 1998 love story "City of Angels." "I would rather have had one breath of her hair, one kiss of her mouth, one touch of her hand, than eternity without it. Just one," Seth memorably says of his decision to become human for Meg Ryan's Dr. Maggie Rice. How could we resist a line like that?!

Nicolas Cage stars as stunt motorcyclist Johnny Blaze, the titular bounty hunter in 2007's "Ghost Rider." Although the film scored an abysmal 26% fresh rating with critics on Rotten Tomatoes, it performed well at the box office. Cinephiles (though not Nic Cage fans!) were astounded when the Oscar winner signed on for a sequel, 2012's "Ghost Rider: Spirit of Vengeance," which performed even worse with critics, scoring an 18% fresh rating on Rotten Tomatoes. That said, this pair of action flicks is a wild ride Cage enthusiasts won't want to miss!

Nicolas Cage voices Crood family patriarch Grug in the 2013 cartoon "The Croods," which was a huge hit at the box office and performed well with critics, scoring a 72% fresh rating with critics on Rotten Tomatoes. He returned to the role in the 2020 sequel "The Croods: A New Age," which pulled off a rare feat: It scored better reviews than its predecessor!

Nicolas Cage portrays the masked vigilante Big Daddy, a former cop, in the controversial 2010 action flick "Kick-A**," which landed well with audiences but performed only modestly with critics and at the box office. Roger Ebert called the film "morally reprehensible" — but it still scored a 76% fresh rating on Rotten Tomatoes!

Nicolas Cage stars as obsessive-compulsive con artist Roy Waller, whose life is disrupted when he discovers that he has a teenage daughter (Alison Lohman), in the criminally underrated 2003 Ridley Scott-directed comedy "Matchstick Men," which performed well with critics but failed to impress at the box office. (Roger Ebert even gave it four out of four stars!)

Nicolas Cage stars as ex con Sailor opposite Laura Dern's Lula in the 1990 black comedy "Wild at Heart," which chronicles the young couple's attempts to run away to California despite Lula's overbearing mother's schemes to keep them apart — including hiring multiple hitmen to kill Sailor. (Laura's real-life mom, Diane Ladd, scored an Oscar nomination for her performance as Lula's mother in the David Lynch-directed film.)

Surprisingly, critics loved the sci-fi horror flick "Color Out of Space," which screened in only a few select theaters in early 2020. Nicolas Cage stars in the big-screen adaptation of H. P. Lovecraft's short story of the same name as loving husband and father Nathan Gardner. His family suffers terrible results after an alien meteor crashes on their farm, contaminating the land with a poisonous "color" that also begins to unravel space and time.

Nicolas Cage scored a Golden Globe nomination in 1993 for his performance as gambler Jack Singer opposite Sarah Jessica Parker in the romantic comedy "Honeymoon in Vegas," which became a Broadway musical starring Tony Danza in 2015.

Nicolas Cage stars as former carjacker Memphis Raines, who reunites with his old crew (including Angelina Jolie's Sway) for one last job to pay off his kid brother's debt to a dangerous crime boss, in the 2000 action flick "Gone in 60 Seconds," which opened to dismal reviews but still performed decently at the box office. Fast cars and a blond Angelina Jolie? Sign us up!

Blink and you'll miss Nicolas Cage's feature-film debut as an extra in the iconic 1982 ensemble comedy "Fast Times at Ridgemont High." The Oscar winner pops up as an employee at the All-American Burger fast-food restaurant where Judge Reinhold's Brad works in the film, which deserves a place on this list even if our favorite leading man is only in it for a second!

Nicolas Cage stars as Dr. Stanley Goodspeed, a chemical weapons specialist for the FBI, in the 1996 film "The Rock" — director Michael Bay at his finest. The self-professed lab rat teams up with Sean Connery's criminal John Mason, the only inmate ever to escape from Alcatraz, to stop a group of rogue Marines from unleashing an attack on San Francisco in the beloved action flick, which performed well with critics and went on to become one of the highest earning films of 1996.

Nicolas Cage stars as treasure-hunting historian Benjamin Franklin Gates in 2004's "National Treasure," which opened at No. 1 at the box office and spawned a 2007 sequel. You know it's a party when Ben announces, "I'm gonna steal the Declaration of Independence!" The rest of the family film — Disney's answer to "The Da Vinci Code" — does not disappoint.

As we learned with the help of the 1997 action flick "Face/Off," "To destroy your enemy, you must find him, face him, and then… become him." Nicolas Cage stars as sociopathic domestic terrorist Castor Troy, who swaps faces with John Travolta's FBI Special Agent Sean Archer in the film, which not only performed well at the box office but also scored a whopping 92% fresh rating with critics on Rotten Tomatoes in spite of its outlandish premise and obvious plot holes. (Hello, Nic Cage and John Travolta have totally different body types!)

Nicolas Cage stars opposite Kathleen Turner as her high school sweetheart in the Francis Ford Coppola-directed 1986 comedy-drama "Peggy Sue Got Married," in which the title character is transported back in time 25 years to her final days as a high school senior. The film scored three Oscar nominations including best cinematography, best costume design and best lead actress for Kathleen.

If you liked "Color Out of Space," you're likely obsessed with the psychedelic drug trip that is the early '80s-set action-horror flick "Mandy." Nicolas Cage stars as a reclusive logger who goes on a vengeful rampage after the demented leader of a religious cult murders his girlfriend (played by Andrea Riseborough). The film, which debuted in 2018, scored a 90% fresh rating with critics on Rotten Tomatoes. Why? How? Nic's enraged vodka-chugging bathroom scene is maybe one of his greatest performances ever.

Nicolas Cage and Holly Hunter star as a childless married couple — an ex con and a former cop, respectively — who kidnap one of the "Arizona quints," the baby boys of a local furniture store mogul, in the 1987 Coen Brothers comedy "Raising Arizona," which gave us such memorable lines as, "I'll be taking these Huggies and whatever cash you got."

Nicolas Cage earned his second Oscar nomination for his dual role as screenwriting twins Charlie Kaufman and Donald Kaufman in the layered 2002 Spike Jonze-directed movie "Adaptation." The comedy-drama chronicles Charlie's attempts to adapt Susan Orlean's non-fiction book "The Orchid Thief" for the big screen. Chris Cooper earned the Academy Award for best supporting actor for his performance in the film, while Meryl Streep scored a nomination for best supporting actress and the real Charlie Kaufman was nominated in the best adapted screenplay category.

The best reviewed film of Nicolas Cage's illustrious career? That would be the 2018 animated movie "Spider-Man: Into the Spider-Verse." The Oscar winner voices Spider-Man Noir, an alternate version of Peter Parker from a monochromatic universe set in the 1930s. Nic told Entertainment Weekly he channeled stars from Hollywood's Golden Age like Humphrey Bogart, James Cagney and Edward G. Robinson to bring the character to life. Critics absolutely adored his hilarious take on the role.

Nicolas Cage stars as family man and former U.S. Ranger Cameron Poe, a newly paroled ex con tasked with subduing a prisoner transport plane full of the country's most dangerous criminals after they seize control, in the beloved 1997 action flick "Con Air" — which actually earned two Oscar nominations! Say it with us: "Put. The bunny. Back. In the box." 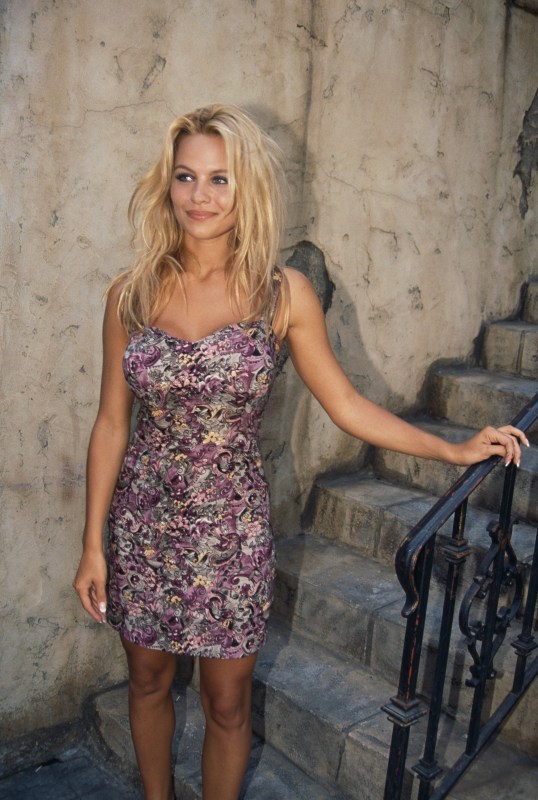