Tom Hanks is one of the most versatile actors around. To celebrate the release of his latest film, "Finch" — which follows a hardworking robotics engineer in a dystopian world as he embarks on an adventure to find a home for his most loyal companion: his dog — on AppleTV+ on Nov. 5, 2021, Wonderwall.com is taking a look at all the ways the two-time Oscar winner has transformed his appearance for his biggest roles.

Tom Hanks portrayed Harvard University professor Robert Langdon — who sets out to solve the mystery of an ancient secret society — for the first time in 2006's "The Da Vinci Code." For the movie that kicked off a franchise based on author Dan Brown's bestselling books, Tom sported longish hair that many fans likened to a wavy mullet.

When it came time to reprise his role as Harvard professor Robert Langdon in "Inferno" — the sequel to "The Da Vinci Code" and "Angels & Demons" — Tom Hanks stepped back into his old suits as he harnessed his problem-solving skills… but this time, fortunately, there was no mullet!

In the 2019 biopic "A Beautiful Day in the Neighborhood," Tom Hanks transformed into beloved cardigan-wearing children's show host Mr. Rogers. The performance earned Tom a well-deserved best actor nod at the 2020 Academy Awards.

In "Cloud Atlas," Tom Hanks looked like a completely new man as he played Dermot Hoggins. For this character, Tom was bald with sideburns and an overly groomed goatee. The diamonds in his ears completed his thuggish look.

Tom Hanks won the Academy Award for best actor for his portrayal of Andrew Beckett in the 1993 film "Philadelphia." Andrew was a lawyer who hid from his law firm that he was homosexual and living with AIDS — and got fired. After he was dismissed, Andrew sued the firm. In order to play the part, Tom had to dye his hair gray and slim down.

In the 1998 war drama "Saving Private Ryan," Tom Hanks played Captain John H. Miller. For the role as a rugged U.S. Army officer, Tom sported scruff and a dirtied-up look in the trenches.

Tom Hanks was 32 when "The 'Burbs" came out in 1989. For his role as suspicious neighbor Ray Peterson in the comedy-thriller, Tom grew out his big, curly hair.

In 2020's World War II-set drama "Greyhound" — which he also wrote — Tom Hanks slipped on a uniform and transformed into U.S. Navy Commander Ernest Krause. While the character was fictitious, the film was actually inspired by true events. 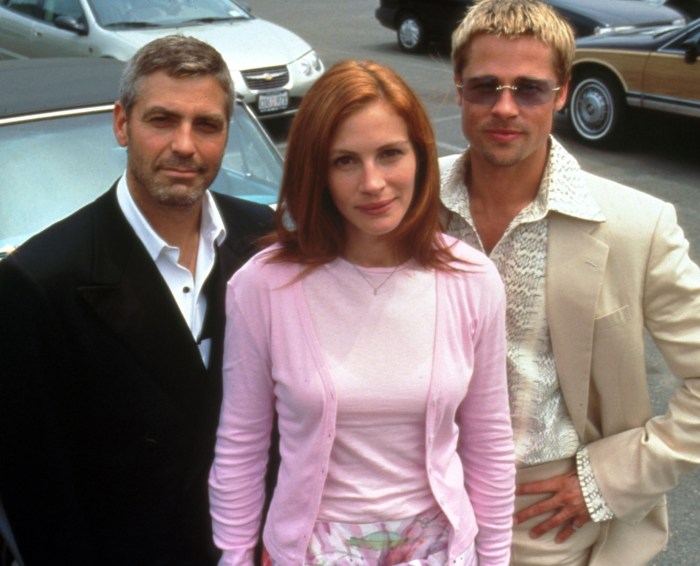