Ozzy Osbourne is opening up about being diagnosed with Parkinson's disease. During an interview with "Good Morning America" that aired on Jan. 22, Ozzy and wife Sharon Osbourne spoke in depth about how they are dealing with the news. "It's Parkin II, which is a form of Parkinson's. There's so many different type of Parkinson's. It's not a death sentence by any stretch of the imagination, but it does affect certain nerves in your body," Sharon explained. While many have noticed that Ozzy has suffered from tremors over the years, Ozzy said he didn't receive an actual diagnosis until 2020. "I'm not good at secrets, I cannot walk around with it anymore. I feel better now of owning up to the fact that I have a case of Parkinson's," the Prince of Darkness said. The past year has proven to be incredibly difficult for Ozzy, who suffered health issues following a fall in February 2019. "I had to have surgery on my neck which screwed all my nerves in. I've got numbness down this arm from the surgery. My legs feel going cold, I don't know if that's Parkinson's or what… It's a weird feeling." Ozzy's children seem to be taking the news hard. "The hardest thing is watching somebody you love suffer," said daughter Kelly Osbourne. "It's kind of become a bit of a role reversal for us, where we have to be like, snap out of it, come on, we have to all admit what's happening here."

What a wild few weeks it has been for the Recording Academy. On Jan. 23, following the ousting of President and CEO Deborah Dugan, former president Neil Portnow is denying rape allegations that his successor made public. Dugan filed a complaint with the Equal Employment Opportunity Commission concerning her ouster, which she's charged was in retaliation for raising allegations of sexual harassment and irregularities with Grammy nominations. In her complaint, she claims she learned that a foreign recording artist accused Portnow of rape following a performance the woman gave at Carnegie Hall. The complaint states that although the Recording Academy knew of the rape allegation, its board still requested Dugan approve a $750,000 consulting fee for Portnow. She declined to do so. Portnow released a statement saying the allegations against him are "inaccurate, false and outrageous and terribly hurtful," adding that he would "vigorously defend all false claims." He also denied asking for a fee. Dugan's lawyers said their client stands by her complaint "100%." Earlier this week, Dugan — a former record label executive and CEO of Bono's (Red) charity, who was also the first woman ever to serve as the Recording Academy's top exec — also filed a lawsuit against the Recording Academy claiming unlawful gender discrimination, sexual harassment, unlawful retaliation and unequal pay. All of this comes on the heels of another employee claiming Dugan created "a toxic and intolerable" work environment and engaged in "abusive and bullying conduct." The Grammys air on CBS on Jan. 26.

It was announced on Jan. 20 that a wrongful death lawsuit filed by Prince's family has been dismissed, suggesting that they've reached settlements with defendants. Though the valuation and disposal of the late music star's $200 million estate is still being worked out, the dismissal of this case closes the book on one of the other big issues the family has faced since Prince died of a drug overdose in 2016 at 57. No one was criminally charged in his death, but the family did sue a Minnesota doctor who saw Prince shortly before his death and prescribed opioids to him via his bodyguard, a Walgreens pharmacy that filled prescriptions and an Illinois hospital that treated Prince for an opioid overdose a week before he died.

Taylor Swift is explaining why she finally publicly shared her political beliefs. The pop superstar opens up about taking a stance in her new Netflix documentary, "Miss Americana," which debuted at the Sundance Film Festival on Jan. 23 and drops on the streamer on Jan. 31. Taylor explains that she actively avoided talking about her opinions because she was always told it wouldn't help her career. "Throughout my whole career label executives would just say: 'A nice girl doesn't force their opinions on people. A nice girl smiles and says and waves and says thank you.' I became the person everyone wanted me to be," she says in the film's trailer. It's a significant reveal as Taylor received flack from some fans for not speaking up during the 2016 presidential election. In the documentary, fans will hear a new Taylor song called "Only the Young," which was inspired by the 2018 midterm elections.

Jimmy Heath, a Grammy-nominated jazz saxophonist and composer, died on Jan. 19 at 93. Jimmy (pictured) was known for his group the Heath Brothers as well as for working with such icons as Miles Davis and John Coltrane. Famed Nashville singer-songwriter David Olney died on Jan. 18 at 71 after collapsing on stage during a performance in Santa Rosa Beach, Florida. There's speculation he had a heart attack. He worked with such greats as Emmylou Harris, Linda Ronstadt and Del McCoury.

Michelle Obama is trying to give you some inspiration for your New Year's health resolutions. The former first lady shared her workout playlist on Jan. 19, tweeting, "It's about that time when New Year's resolutions get a bit harder to stick to. To offer a little inspiration, I want to share my go-to #WorkoutPlaylist with you. These songs always seem to give me that extra boost to get through my toughest workouts." The playlist contains the clean versions of songs by artists such as Lizzo, Kirk Franklin, Bruno Mars and Ed Sheeran. The Obamas have become famous for their end-of-year music, movies and books lists too.

A judge ruled on Jan. 23 that Aerosmith's original drummer, Joey Kramer, would not be allowed to perform with the band at the Jan. 26 Grammys or a related MusiCares event two days earlier. Joey had filed suit against the band claiming they were freezing him out of these big performances, but a judge told him that the band did not need to include him at such a late date. "Given that Kramer has not played with the band in six months and the dearth of available rehearsal time before the upcoming performances, Kramer has not shown a realistic alternative course of action sufficient to protect the band's business interests," the judge wrote, per TMZ. Joey has been a member of the band since its inception in 1970 but in April 2019, he suffered an injury and was forced to take a leave of absence. Once his hand healed, he attempted to rejoin the band and was told he would need to audition. "This is not about money. I am being deprived of the opportunity to be recognized along with my peers for our collective, lifetime contributions to the music industry. Neither the MusiCares' Person of the Year Award nor the Grammys' Lifetime Achievement honors can ever be repeated," Joey said in statement. The band is upset that Joey felt legal action was necessary, saying, "Joey Kramer is our brother; his wellbeing is of paramount importance to us. However he has not been emotionally and physically able to perform with the band, by his own admission, for the last six months. We have missed him and have encouraged him to rejoin us to play many times but apparently he has not felt ready to do so. Given his decisions he is unfortunately unable to perform but of course we have invited him to be with us for both the Grammys and our MusiCares honor."

Dolly Parton is proving her influence goes beyond country music. On Jan. 22, Dolly took to Instagram to share four different photos of herself that would be appropriate profile photos for Instagram, LinkedIn, Facebook and Tinder. "Get you a woman who can do it all," she captioned the meme. Other celebs like Ellen DeGeneres, Jennifer Garner, Kerry Washington and more quickly joined in the fun and posted their own versions in response to Dolly's viral meme challenge. 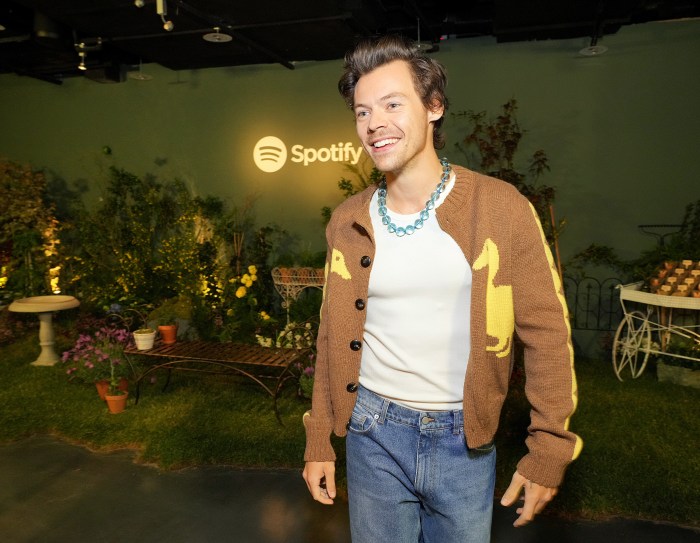