Rock and Roll Hall of Fame reveals class of 2020

On Jan. 15, the 2020 Rock & Roll Hall of Fame inductees were announced — and the group is full of legends. When the 35th annual induction ceremony takes place on May 2, Whitney Houston, Depeche Mode, the Doobie Brothers, Nine Inch Nails, the Notorious B.I.G. and T. Rex will join the list of artists who've been honored. It was also announced that Jon Landau, a longtime industry manager who guided Bruce Springsteen's career, and Irving Azoff, who's managed the Eagles since 1974, will receive the Ahmet Ertegun Award on the big night. For the first time ever, the event will air live on HBO.

Rush drummer and lyricist Neil Peart passed away on Jan. 7 at 67. The musician had quietly been battling brain cancer for three years. He was considered by many to be one of the greatest drummers in rock history. "Neil is the most air-drummed-to drummer of all time. Neil pushes that band, which has a lot of musicality, a lot of ideas crammed into every eight bars — but he keeps the throb, which is the important thing. And he can do that while doing all kinds of cool s—," Police drummer Stewart Copeland said. Rush concluded their final tour in 2015.

Demi Lovato confirmed via Instagram on Jan. 15 that she will be performing the national anthem at the Super Bowl in Miami on Feb. 2. "Singing the National Anthem at #SBLIV 🏈 🏈 🏈 See you in Miami 🌴 @NFL," she wrote. She joins Halftime Show performers Shakira and Jennifer Lopez at the sporting event.

Akon created his own city in Senegal called "Akon City"

Music star-turned-businessman Akon now officially has his own city in Senegal. On Jan. 13, he announced via Twitter that he "Just finalized the agreement for AKON CITY in Senegal. Looking forward to hosting you there in the future." Akon, who was born in Senegal and raised in New Jersey, was gifted the land the city sits on by the president of Senegal. He's said the city will trade using his own cryptocurrency, AKoin.

Add another massive achievement to Billie Eilish's impressive resume! It was announced on Jan. 14 that the 18-year-old pop star will perform the theme song for the newest James Bond movie, "No Time to Die" — the franchise's 25th installment. "It feels crazy to be a part of this in every way. To be able to score the theme song to a film that is part of such a legendary series is a huge honor. James Bond is the coolest film franchise ever to exist. I'm still in shock," Billie — who wrote the song with her brother, producer-artist FINNEAS — said in a statement. Billie, now the youngest person in history to sing the Bond theme, joins the ranks of Adele, Tina Turner, Madonna, Sam Smith, Duran Duran and others. It's worth noting that the last two artists who landed the gig — Adele and Sam — both took home Oscars for their efforts. The film debuts on April 2.

Cardi B wants to be a politician

Does Cardi B want to get into politics? The rapper wrote on Twitter on Jan. 12, "I think I want to be a politician. I really love government even tho I don't agree with Government." Cardi added that she wished she saw more patriotism from Americans. "Like I was watching War documentaries. No matter how many weapons a country have you need people! How are you trying to go against a country and possibly start a war when this country lacks patriotism? I barely see people claiming they LOVE being American," she wrote. This isn't Cardi's first foray into political commentary: Over the past year, the music star — whose high school AP history teacher has praised her knowledge and passion for the subject — openly expressed her contempt for President Donald Trump and his policies and backed Democratic contender Bernie Sanders.

Looks like Rod Stewart might be getting sued! The legendary musician was involved in an altercation on New Year's Eve at The Breakers hotel in Palm Beach, Florida, during which he allegedly hit security guard Jessie Dixon. On Jan. 12, the Sun reported that the man is considering suing the 74-year-old British rocker — who was arrested along with son Sean Stewart — for damages. "We are going to come from a civil point of view. There's a criminal case which we're not involved in," attorney Gawayne Kelly told The Scottish Sun. "We're still talking to Mr. Dixon figuring out what's the best route to take. It's early in the process." The incident happened when Rod and his family were not allowed into a private party in the children's area of the hotel. Rod and Sean have been ordered to appear in a Palm Beach courtroom on Feb. 5.

Even when your dad is one of the world's most famous musicians, he can still be the most embarrassing human ever! Coldplay frontman Chris Martin appeared on "The Ellen DeGeneres Show" on Jan. 15 where he spoke about his daughter with Gwyneth Paltrow, Apple. "My daughter works in a clothing store. It's her first job, and she's 16 and I'm so proud of her," he said. Chris decided to pop into the store to see her and did not get the reaction he was hoping for. "I just went to see. And I thought, 'I better buy something.' So I took a T-shirt from the rack and I lined up in the queue," he said. "She was at the checkout, and there were two checkouts, and she saw me and she went like this," he explained, mouthing, "Dad, get out!" He continued, "I felt terrible, so I moved to the other line." The moral of the story? You will never be cool to your own kids, no matter how cool you are to the world! 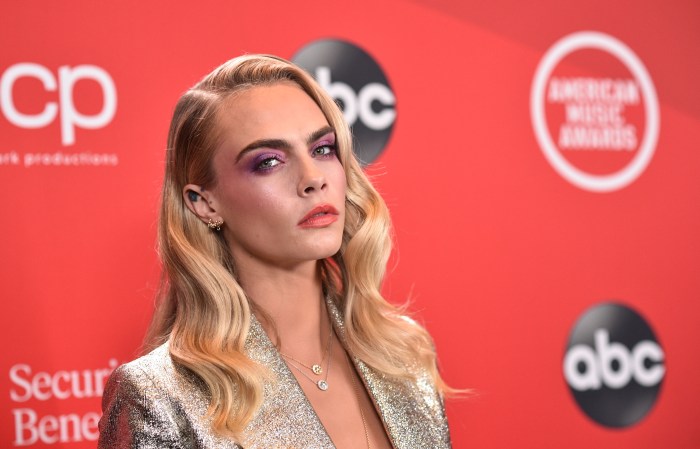