In honor of Margot Robbie's 31st birthday on July, 2, 2021, Wonderwall.com rounded up several actresses who are also making their mark on Hollywood as producers, starting with the two-time Oscar nominee… The Australian beauty kicked off her career as a producer with the 2009 Australian thriller "I.C.U." Nearly a decade later, she produced and starred in the Tonya Harding biopic "I, Tonya." She then produced the Hulu comedy series "Dollface," the 2020 Harley Quinn movie "Birds of Prey" and the 2021 awards darling "Promising Young Woman." She has several more buzzy projects currently in the works including an upcoming "Barbie" movie.

Reese Witherspoon made her debut as a producer with 2003's "Legally Blonde 2." She's since produced several lauded films and TV shows in which she also starred including "Wild," "Big Little Lies," "Little Fires Everywhere" and "The Morning Show." She also produced at least one major project in which she didn't appear: the 2014 adaptation of Gillian Flynn's "Gone Girl."

Jennifer Aniston has been producing since the 2008 romantic dramedy "Management." More recently, she teamed up with Reese Witherspoon to executive produce "The Morning Show." She also produced several films in which she starred including "Murder Mystery," "The Yellow Birds," "Cake," "Life of Crime," "Dumplin'" and "The Switch."

One of the youngest producers on our list is Selena Gomez. Between making chart-topping hits and starring in buzzy films, the singer-actress is also making some great television. She produced the hit Netflix series "13 Reasons Why" and is now executive producing the Hulu comedy series "Only Murders in the Building," in which she also stars. She also executive produced the films "This Is the Year," "The Broken Hearts Gallery" and "Hotel Transylvania: Transformania," which is due in late 2021.

Nicole Kidman might have a short list of producing credits under her belt, but considering the fact that one of her most recent projects is the award-winning HBO series "Big Little Lies" (co-starring fellow actress-producer Reese Witherspoon), it's clear she knows exactly what she's doing. She also executive produced the buzzy 2020 HBO series "The Undoing" and the upcoming Hulu series "Nine Perfect Strangers." (She stars in both.)

Melissa McCarthy produced many of the comedies in which she's starred over the past decade including "Tammy," "The Boss," "Life of the Party," "The Happytime Murders," "Superintelligence" and "Thunder Force." She also executive produced the fourth season of "Little Big Shots" and the upcoming Hulu series "Nine Perfect Strangers," in which she stars alongside fellow actress-producer Nicole Kidman.

Since 1995, Drew Barrymore has run her own production company, Flower Films, with business partner and friend Nancy Juvonen (Jimmy Fallon's wife). Some of the films they produced include 1999's "Never Been Kissed," the 2000 and 2019 "Charlie's Angels" reboots, 2001's "Donnie Darko," 2009's "Whip It," which marked Drew's feature film directorial debut, and 2016's "How to Be Single." The former child star also executive produced and starred on "Santa Clarita Diet" and is an executive producer on her eponymous daytime talk show that debuted in 2020.

Angelina Jolie's producing credits include four films she directed: "First They Killed My Father," "By the Sea," "Unbroken" and "In the Land of Blood and Honey." She also produced two "Maleficent" movies.

Mindy Kaling cut her teeth producing the American version of "The Office," on which she also starred. She went on to produce the series "The Mindy Project" and "Never Have I Ever."

Jessica Chastain's first stab at producing came in 2010 with the video short "The Westerner." After that, the Oscar-nominated actress produced the features "The Disappearance of Eleanor Rigby," "The Zookeeper's Wife" and "Ava" as well as two upcoming films: the Tammy Faye Bakker biopic "The Eyes of Tammy Faye" and the action flick "The 355."

Rashida Jones made her producing debut with 2007's "The Ten." She then produced the romantic dramedy "Celeste & Jesse Forever" and the TV shows "Angie Tribeca" (on which she starred as the titular cop), "Claws," "BlackAF" and "Kevin Can F*** Himself."

Former "Saturday Night Live" star Amy Poehler has made some major strides since leaving the sketch-comedy show in 2010. She went on to produce the series "Parks and Recreation" (on which she also starred), "Difficult People," "Broad City," "Russian Doll" and "Duncanville" as well as the films "Sisters," "Wine Country" and "Moxie." (She directed and starred in the last two comedies.)

Elizabeth Banks launched her career as a producer with 2009's "Surrogates." She then produced the "Pitch Perfect" trilogy before writing, directing, producing and starring in the 2019 "Charlie's Angels" reboot. More recently, she executive produced Aidy Bryant's Hulu series "Shrill."

Charlize Theron won an Oscar for her performance in the 2003 biopic "Monster," which also marked her producing debut. She's since produced several films in which she starred including "Young Adult," "Atomic Blonde," "Tully," "Long Shot," "Bombshell" and "The Old Guard." She also executive produced the lauded Netflix series "Mindhunter."

Tina Fey made her debut as a producer with the lauded NBC sitcom "30 Rock," for which she racked up countless Emmy nominations for her work as an actress, writer and producer. She also produced two films in which she starred — 2015's "Sisters" and 2016's "Whiskey Tango Foxtrot" — and executive produced the show "Unbreakable Kimmy Schmidt" as well as the short-lived series "Great News" and "Mr. Mayor" and the new Peacock comedy "Girls5eva."

Natalie Portman made her producing debut with the 2009 indie drama "The Other Woman." She then produced four films in which she also starred — "Hesher," "No String Attached," "Jane Got a Gun" and "Vox Lux" — as well as the documentaries "The Seventh Fire" and "Eating Animals" and the 2016 adaptation of the Seth Grahame-Smith novel "Pride and Prejudice and Zombies."

Eva Longoria has been quietly producing various projects since early in her career. She cut her teeth as a producer with television specials and documentaries and then transitioned to bigger projects like 2014's "John Wick" and the melodrama "Devious Maids," which aired from 2013 to 2016. She also produced the short-lived series "Grand Hotel" and "Telenovela."

Taraji P. Henson kicked off her career as a producer with 2014's "No Good Deed," in which she also starred. She's since produced two more films in which she also appeared: 2018's "Proud Mary" and 2019's "What Men Want."

Mila Kunis executive produced two films in which she also starred: 2014's "The Angriest Man in Brooklyn" and 2017's "A Bad Moms Christmas."

Amy Adams made her producing debut with the 2018 HBO series "Sharp Objects," for which she scored two Emmy nominations: best lead actress in a limited series or movie and best limited series.

Oprah Winfrey wears many hats and one just happens to be that of producer. Since 1989, the multi-hyphenate has played a major role in bringing amazing films and TV shows to our attention. Some of her biggest projects include "Beloved," "Precious" and "Selma" — all of which earned Oscar nominations. She also has her own television network, OWN, through which she produces the series "Queen Sugar" and "Greenleaf." 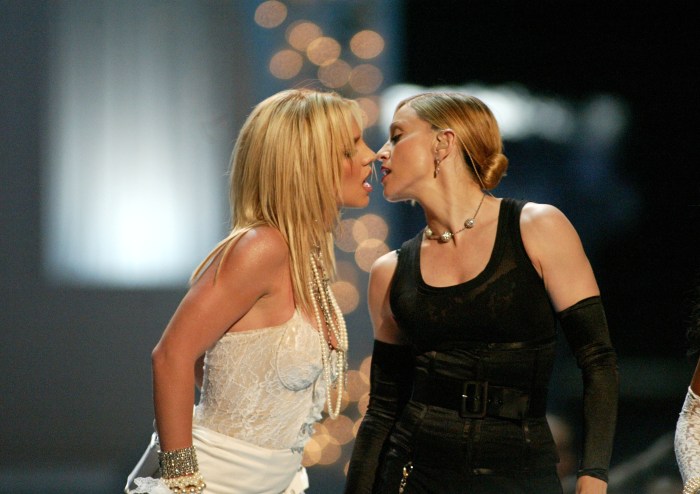