As a new year approaches, Wonderwall.com is taking a look at the stars you'll want to watch out for in 2020! To kick it off, let's talk about our girl Jodie Turner-Smith, who landed her first starring role in 2019's "Queen and Slim" — a film that's been praised by critics including The New York Times Magazine's Carvell Wallace, who's called it one of the greatest love stories of all time. The British actress, who worked alongside "Get Out" actor Daniel Kaluuya, has garnered widespread attention for her portrayal of Queen, a complex yet incredibly resilient woman who finds herself on the run after a fatal run-in with a white cop. In 2020, Jodie — who quietly married actor Joshua Jackson in late 2019 — will be appearing in films like "After Yang" and "Without Remorse" and, according to Us Weekly, giving birth to her first child. Keep reading for more…

2019 was an exceptional year for Alexa Demie: She landed her breakout role as Maddy Perez on the HBO series "Euphoria" and played Alexis Lopez in the buzzy movie "Waves." The hype around her is well-deserved — she plays these complex characters with confidence and ease, embodying the roles in a way that exudes effortlessness. She's also a bit of an It girl who wears fashion-forward looks and made an appearance on Vogue's YouTube channel where she shared her step-by-step '90s-glam makeup tutorial. Alexa will next appear in 2020's "Mainstream," a drama from filmmaker Gia Coppola that co-stars Andrew Garfield, Maya Hawke, Johnny Knoxville and others.

Hunter Schafer is the transgender model-turned-actress who landed her debut acting role on HBO's "Euphoria" as Jules, a trans girl with a wistful vibe and dreamy sense of style who develops a friendship with Rue (played by Zendaya). In just eight episodes, Hunter delivered exceptional performances that left viewers both loving and hating Jules all at once. She'll be back for the show's forthcoming second season.

With an already impressive list of credits including roles in "The Godfather of Harlem" and "Monsters and Men," 2019 was a breakout year for Kelvin Harrison Jr., who scored lead roles in the psychodrama "Luce" and the family drama "Waves." Both films show Kelvin giving nothing short of gut-wrenching performances that leave you feeling something. Kelvin was recognized on Forbes' 30 Under 30 Class of 2020 list. He'll next appear in the 2020 films "The Photograph," "Covers" and "The Trial of the Chicago 7."

You've likely seen FINNEAS before — the Los Angeles native has been collaborating with sister Billie Eilish for years. The singer-songwriter-producer co-wrote songs on Billie's critically acclaimed 2019 album "When We All Fall Asleep, Where Do We Go?" and also has production credits on Selena Gomez's "Lose You to Love Me" and Camila Cabello's "Used To This." When he's not lending his talents to fellow musicians, FINNEAS is making music himself: His debut EP, "Blood Harmony," hit streaming services on Oct. 4, 2019. In 2020, he'll be playing several live shows at festivals around the world.

Canadian actor Simu Liu made history in July 2019 when he landed a starring role as Shang-Chi in Marvel Studios' first Asian superhero film, "Shang-Chi and the Legend of the Ten Rings," which is slated to hit theaters in 2021. Simu, who is perhaps best known for his role as Jung on the hit Canadian sitcom "Kim's Convenience," has also been nominated for a Canadian Screen Award and an ACTRA Award in the past. Next up? His indie "Women is Losers" co-starring Liza Weil comes out in 2020.

Known for his originating the roles as John Laurens and Philip Hamilton in the hit Broadway musical "Hamilton," actor Anthony Ramos has continued to establish himself as a true triple threat. In 2017, the singer-dancer-actor started playing Mars Blackmon on the Spike Lee Netflix series "She's Gotta Have It" and in 2018, he appeared in "A Star is Born." In 2020, Anthony will star as Usnavi de la Vega in the feature film adaptation of "In the Heights" — a project that sees him teaming up with Hamilton creator Lin-Manuel Miranda once again.

Snoh Aalegra's old-school R&B vibe is everything. The Swedish singer-songwriter (real name: Shahrzad Fooladi) has set the music industry aflame with her soulful vocals and vulnerable lyrics and 2019 was a big year for her: She released her second studio album, "Ugh, those feels again" (the follow-up to her 2017 debut album, "Feels"), on Aug. 16, 2019. In December 2019, Snoh announced 2020 North American tour dates in support of her latest work.

When Disney+ debuted in November 2019, our lives were instantly changed for the better. Sure, we got to re-binge all of our beloved classics ("Lizzie McGuire," anyone?), but the platform's debut also meant the release of new content — content we didn't know we needed, like "High School Musical: The Musical – The Series." While we could probably go on about how this endearing show satiates our nostalgia in a way that still feels fresh and new, there's one star we need to mention: teen actress Olivia Rodrigo. Olivia — who ended her run as Paige on the Disney Channel comedy "Bizaardvark" in 2019 — plays Nini, a musical-theater-loving student who vies for the role of Gabriella Montez in her high school's production of "High School the Musical" (spoiler alert: she absolutely nails it). The series also shows off Olivia's songwriting abilities: She penned the track "All I Want," which was featured on episode 4!

Taylor Russell is a name you should probably familiarize yourself with heading into award season. She landed a starring role in Trey Edward Shult's 2019 drama "Waves" (in which she stars alongside Kelvin Harrison Jr. who also made our list), and her powerful performance as introspective, soft-spoken Emily won her the Gotham Independent Film Award for breakthrough actor and earned her a Film Independent Spirit Award nomination for best supporting female. The "Lost in Space" and "Escape Room" alum has steadily established herself as an exceptional young actress who will be gracing our screens for years to come. In 2020, we'll see her in "Escape Room 2."

While Lena Waithe is no stranger to the industry, 2019 was a huge year for the screenwriter-producer-actress — and 2020 will be too. Lena generated an exceptional amount of buzz for her latest project, the November 2019 film "Queen and Slim," which she wrote and produced. It tells the story of the titular characters who, at the end of a lackluster first date, find themselves on the run after being labeled cop killers. The critically acclaimed movie has been referred to as a "black 'Bonnie and Clyde'" story and was regarded by Rolling Stone as "a brilliant piece of protest art." Also big for Lena in 2019? She revealed in November that she'd quietly married her longtime love, Alana Mayo. In 2020, Lena — who in 2017 became the first African American woman to win an Emmy for comedy writing (for her work on "Master of None") — will join the season 3 cast of "Westworld," star in the horor satire "Bad Hair" and work on season 3 of "The Chi," the Showtime series she created and produces.

Ella Jay Basco is a young actress who should definitely be on your radar. The young teen stars alongside Margot Robbie in the February 2020 DC Comics film "Birds of Prey (And the Fantabulous Emancipation of One Harley Quinn)." This newcomer hails from a family of actors (she's the daughter of Derek Basco and niece of Dante Basco), so it's no wonder she's continuing on the family tradition!

R&B newcomer Kiana Ledé is an artist who's garnered a lot of attention this past year. The Phoenix native is also an accomplished actress who's appeared on shows "Scream" and "All About the Washingtons." On Jul. 7, 2019, she released her debut EP, "Myself," which has been praised for its catchy, thoughtful lyrics and luxe R&B sounds. Her full-length album is expected to come out sometime in 2020.

Barbie Ferreira is another "Euphoria" star to make our list! The model-turned-actress has earned widespread recognition for her body-positive advocacy, which is something we also see her character, Kat Hernandez, embrace on the show. The New York City native got her start as an American Apparel model when she was a teenager and has since modeled for brands like Adidas, Asos and Target. She'll be back as Kat on season 2 of "Euphoria."

Inglewood, California-based rapper D Smoke rose to fame after winning the first season of Netflix's 2019 competition show "Rhythm & Flow." Week after week, D Smoke (real name: Daniel Farris) proved himself to be an exceptional artist as he showcased thoughtful lyricism and poignant articulation in every verse he dropped. Chance the Rapper, Cardi B and Miguel are among the big names who've praised D Smoke's artistry. The bilingual rapper released his debut EP, "Inglewood Smoke," on Oct. 24, 2019. In November 2019, he announced that tour plans were in the works for 2020.

Asante Blackk turned 18 in late 2019 but he's already proven himself to be an actor well beyond his years. 2019 was a particularly successful year for him: He starred in the Netflix miniseries "When They See Us," earning an Emmy nomination (he's one of the youngest nominees in history!). Following his critically acclaimed performance, he also scored a role on the 2019-2020 season of NBC's "This Is Us" as well-intentioned single teen dad Malik. 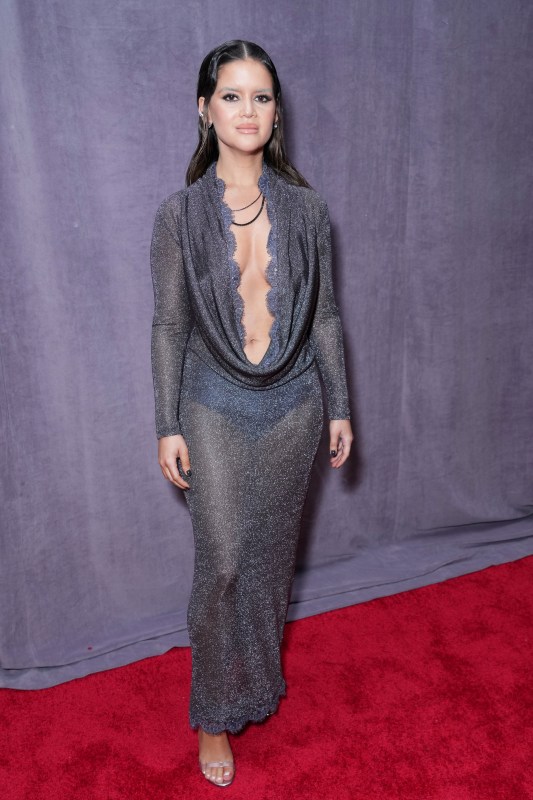 Up Next Maren's hits & misses